Real Madrid host Barcelona in the second El Clasico of the seaosn at the Santiago Bernabeu on Sunday.

The battle to win the La Liga is at its most crucial juncture this season, as the second El Clasico of the season beckons on Sunday. League leaders Real Madrid, three clear of Barcelona at the top of the table, play hosts to their bitter rivals on Sunday, with a chance to get a step closer to reclaiming the title.

Zinedine Zidane’s men come into this match in red hot form, as they dismantled a formidable Bayern Munich side in the Champions League quarterfinals to progress to the Last 4 stage. Los Blancos have not lost a single match for more than two months now, a sequence of results that has seen them open up a three-point lead over Barcelona.

Meanwhile, Barcelona’s most recent outing saw them being eliminated from the premier European competition at the hands of Juventus. Their recent run of results have seen them win just once in their last four outings, and Luis Enrique’s men come into this game with very little momentum, if any.

The reverse fixture at Camp Nou ended all square as Sergio Ramos headed in the late equaliser after Luis Suarez had put Barcelona in front. The Hard Tackle now takes a closer look at the return game as Real Madrid host the Blaugranas on Sunday.

Zinedine Zidane does not have many injury concerns on his hands, with defence the only department that is being majorly affected by fitness issues. Pepe (fractured rib) and Raphael Varane (Achilles) continue to remain sidelined, and are unlikely to feature again for Real Madrid in April.

In the absence of the duo, Nacho is set to continue as Sergio Ramos’ partner at the heart of the Real Madrid defence, with Dani Carvajal and Marcelo on either side of the two. Meanwhile, the big news for Zidane is that Gareth Bale could play a part in the Clasico as he has been selected for the match day squad.

The Welshman missed the midweek match against Bayern due to a calf muscle strain, but returned to training on Thursday to hand the Real Madrid boss a timely boost. However, his fitness will be assessed prior to the start of the game, and it is likely that he will start on the bench on Sunday.

However, Zidane does have the in-form Isco to bank on in Bale’s stead, with the Spaniard arguably being his best player this month. The other big decision for the Frenchman revolves around the choice of striker, but the magnitude of the game could see him persist with Karim Benzema up front. 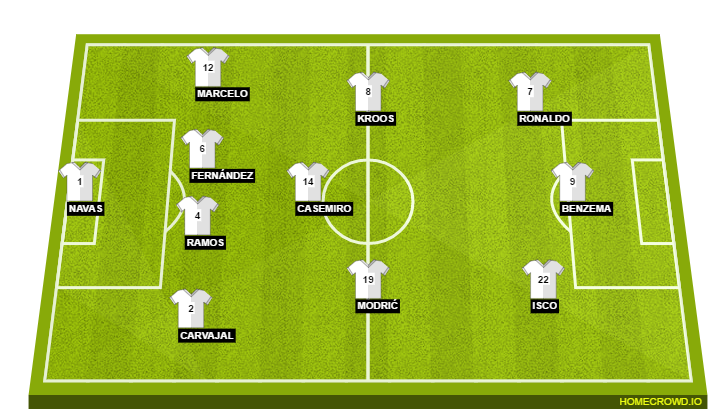 Like his counterpart in the Real Madrid dugout, Luis Enrique doesn’t have many fitness issues to deal with either, with only three players sidelined with short-to-long-term injuries – two of these being fringe players.

Aleix Vidal (ankle) and Rafinha (knee) will not feature again for Barcelona this season, with both the players unavailable with their respective injuries. Jeremy Mathieu, too, is unavailable due to an Achilles injury, although he was unlikely to play a part if fit. Javier Mascherano is also doubtful for the match.

The big news, however, is that Luis Enrique will not have Neymar to count on for the trip to the Spanish capital, as he remains suspended following no response from their appeal to get the ban overturned from CAS.

The Barcelona boss, meanwhile, does have some piece of good news as Arda Turan has been passed fit after missed the last three weeks of action due to a groin injury. And the Turkish midfielder could slot right back into the starting lineup, taking up the place on the left wing, providing support to Lionel Messi and Luis Suarez. 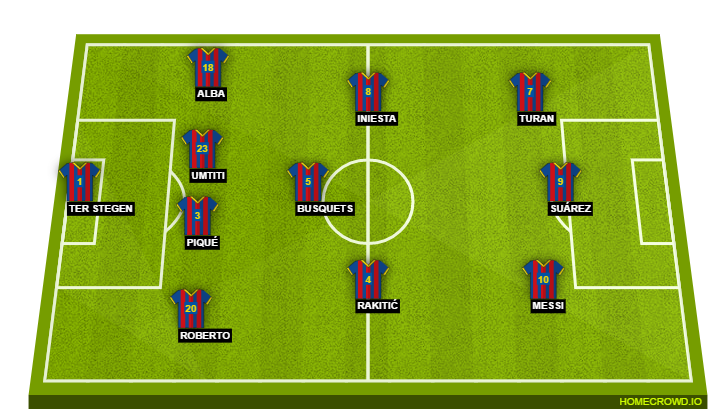 Who will come out on top in the last battle if the season between Zinedine Zidane and Luis Enrique? (Photo courtesy – Gerard Julien, Pau Barrena/AFP/Getty Images)

The second El Clasico of the season is as crucial as it gets in the race to win La Liga. Just three points separate Real Madrid from Barcelona, and a win for Luis Enrique’s men will see both sides on level terms, although Los Blancos do have a game in hand.

Lose this game, though, and Barcelona could effectively be out of the running to defend their league title as they could potentially fall nine points behind their bitter rivals should Real Madrid win their game in hand as well.

With everything on the line, this could be one of the most open games in recent El Clasico history. The last meeting at the Bernabeu between Real Madrid and Barcelona saw Enrique’s men thrash the hosts 4-0 but it is hard to see a repeat of that scoreline on Sunday.

Neymar’s absence will hurt the visitors a lot as he has arguably been their best player since the turn of the year. The Brazilian’s unavailability could prove to be a telling factor in the end, and that’s why The Hard Tackle predicts a 2-1 win for Real Madrid on Sunday.