Atletico Madrid and Leicester City will look to qualify for the semifinals of the Champions League when they face off at the King Power Stadium on Tuesday.

The Last 8 stage of the UEFA Champions League culminates this week with the second league, and one of the most tantalisingly close ties sees Leicester City host Atletico Madrid at the King Power Stadium on Tuesday, with the Foxes eyeing a shock semifinal qualification.

Craig Shakespeare’s men come into this match on the back of a 2-2 draw at Crystal Palace on Saturday Christian Benteke and Yohan Cabaye cancelled out the goals from Robert Huth and Jamie Vardy. The result kept Leicester in 12th place on 37 points, 3 adrift of a place in the Top half.

Meanwhile, the visitors extended their unbeaten run to 10 in all competitions thanks to a 3-0 win over Osasuna on Saturday, as goals from Yannick Carrasco (tw0) and Filipe Luis kept Atletico in third place in the La Liga table.

The reverse leg at the Vicente Calderon ended in a hard fought 1-0 win for Diego Simeone’s men as Antoine Griezmann’s penalty made the difference for Los Rojiblancos. The Hard Tackle takes a closer look at the second leg at the King Power Stadium.

Craig Shakespeare does not have any pressing injury concerns to deal with, with none of his key first team players missing through fitness concerns. The big absentee for the Leicester boss, though, will be veteran centre-back Robert Huth.

The German is suspended for the second leg at the King Power Stadium on Tuesday after picking up a booking in the match at the Vicente Calderon last week. However, the big news is that captain Wes Morgan could be available for the visit of Atletico.

The Jamaican international has returned to training after missing Leicester’s last six matches due to a nerve problem in the back. But Morgan faces a late fitness test on Tuesday to determine if he is fit enough to start against Atletico.

He is likely to be partnered by his own deputy Yohan Benalouane, who will deputise for Huth in this game instead. Islam Slimani is doubtful due to a knock, but he was unlikely to start ahead of Shinji Okazaki, who has been a regular partner for Jamie Vardy in the Champions League. 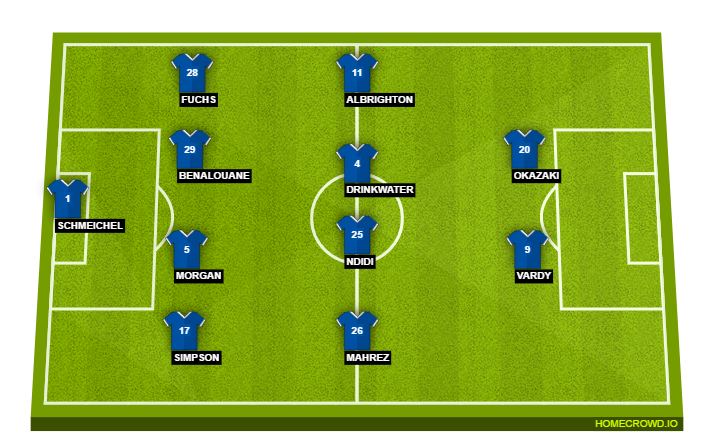 Like his counterpart in the Leicester City dugout, Diego Simeone does not have any injury concerns on his hands either, with only two fringe players unavailable due to fitness issues. In fact, the Atletico Madrid boss has a key first-team player returning to fitness ahead of the key trip to Leicester.

Kevin Gameiro is fit and available after missing Atletico’s last five matches due to a groin injury. Having returned to training earlier this week, Simeone would be hopeful of naming the French international in his match day squad for Tuesday.

Meanwhile, Sime Vrsaljko (knee) and Augusto Fernandez (cruciate ligament injury) are the two long-term absentees, and are unlikely to play much of a part for the remainder of the season.

Simeone will once again count on his team’s talisman, Antoine Griezmann to provide the spark in attack in order to get past Leicester in the second leg, with Fernando Torres, Koke and Yannick Carrasco providing the support act. 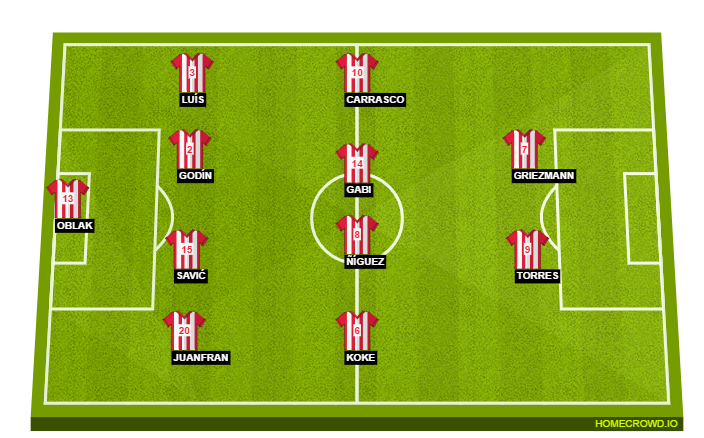 This tie was set up so beautifully in the first leg after Antoine Griezmann’s penalty turned out to be the only goal in it. With this quarterfinal encounter so tantalisingly close, anything can happen in the return leg.

Leicester boast of one of the best home records in Europe this season, having won each of their games at the King Power Stadium so far. However, in Atletico Madrid, they have a team that has the most miserly defence in the continent over the last two seasons.

Thus, one should not expect this to be a goal fest unlike the other quarterfinal ties in the Champions League. The first goal in the second leg could make all the difference. A Leicester goal will make the tie all the more unpredictable while an Atletico goal will probably kill off the game.

A match similar to that of the first leg is likely to be played out between the two sides. Will Leicester shockingly progress to the semis? Or will this be their last hurrah in Europe? The Hard Tackle predicts the latter, with a 1-1 draw to boot on Tuesday.