The Blaugranes will have to mount a stunning comeback for the second time this season after their miraculous 6-5 victory over Paris Saint-Germain in the Round of 16, when they overturned a 4-goal deficit from the first leg to progress to the next round.

Juventus soundly beat their hosts 3-0 in the first leg in Turin and Massimiliano Allegri’s side looked tactically perfect from start to finish, expertly marshalling the potent threat of Barcelona’s attack and ruthlessly punishing the Spaniards when it came to taking their chances.

However, the Bianconeri face a wholly different prospect when they travel to the Camp Nou, which will once again be nothing short of raucous as the home side’s fans look to push their team into yet another brilliant comeback.

Although Barcelona are more than capable of this feat given the talent at their disposal, Allegri’s side have been solid throughout the campaign so it won’t be as easy as it was against PSG. One thing is for sure – this promises to be an enthralling fixture.

Neymar will be available once more after missing the 3-2 win over Real Sociedad on Saturday due to a suspension and the Brazilian wizard should be well-rested and raring to go come Wednesday night.

However, Javier Mascherano will likely miss the fixture after failing to train on Monday night because of a calf injury, while Aleix Vidal and Rafinha are both out for the rest of the season. Other than that, Luis Enrique has his full squad at his disposal for the match against the Bianconeri.

Barcelona’s players have been talking about how they all believe they can mount another stellar comeback against Juve, with Andres Iniesta saying the key would be to score as early as possible against Juventus.

That definitely goes without saying but Luis Enrique will need to be wary of the threat that Allegri’s side pose on the counter-attack, particularly with Gonzalo Higuain and the magnificent Paulo Dybala in their side.

Juventus’ resolute defense will also be a lot harder to break down than the PSG defense that has been shaky at times this season and Enrique will be hoping for some magic from Messi, Neymar, Suarez and co. come Wednesday night.

Enrique has also opted to use a 3-4-3 system since the turn of the year and while that did not exactly work out against the Italians last week, all signs point to the manager sticking with that system for the return leg. 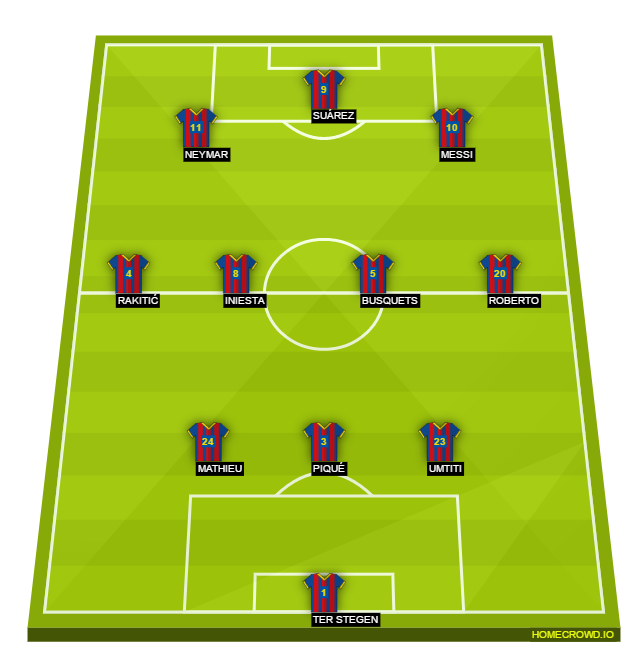 Juventus were given a huge injury scare over the weekend when their brilliant midfielder Paulo Dybala picked up a minor sprain in his ankle but early reports suggest the Argentinian international will be fit for the match on Wednesday night.

Other than that, Allegri will be thankful that he has every other member of his squad available for the fixture as the Italians will have to be at their best against a Barcelona side that have shown they can overcome the most extreme odds.

Barcelona are also particularly dangerous when wounded and that is exactly what Juventus did to them in the first leg. The Catalans will be looking to pile the pressure on Allegri’s side and Juve will need to defend as a unit, just as they did in Turin.

Allegri has shown himself to be a fine tactician and will be getting the most out of the pace in his side and will look to counter Barcelona at every opportunity in order to score an all-important away goal. 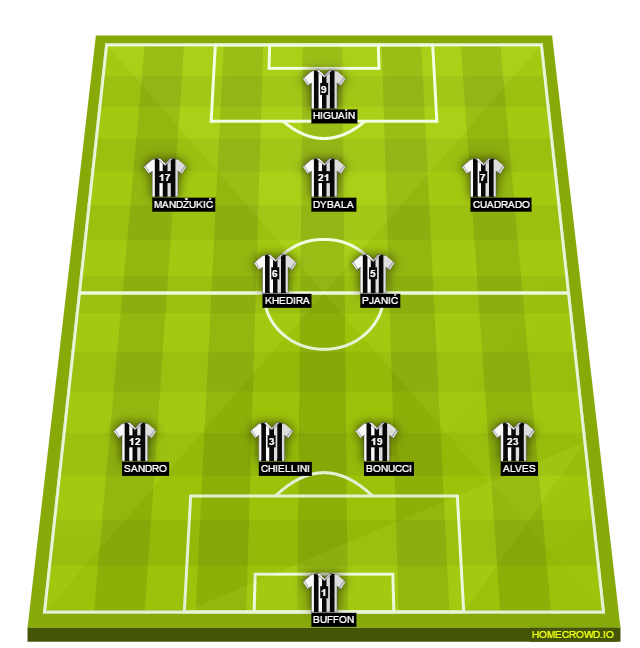 Barcelona are a completely different prospect to face at home as evidenced by their long unbeaten run at the Camp Nou and Juventus will be in for a much tougher task on Wednesday night than the one they undertook last week.

However, Juve are no pushovers themselves away from home and their defense has been one of the best in the league and Europe this season. Despite this, Barcelona will likely pile on the pressure and with the magicians they have up front, it is diffcult to see the home side failing to score again.

This likely won’t be enough and Juventus have some magicians of their own. Barcelona’s defense are shaky at the moment and with Gonzalo Higuain and Paulo Dybala in their side, Juventus will likely breach it at some point in the fixture.