Sporting are mired in a relegation battle and currently sit in 18th position, a full five points behind 17th placed Leganes. The hosts have won only 2 out of their last 10 fixtures, which also included a 6-1 thrashing at the hands of Barcelona.

Real come into the fixture full of confidence thanks to an impressive 2-1 victory over Bayern Munich away from home in the UEFA Champions League, where a Cristiano Ronaldo brace handed Los Blancos a huge advantage going into the second leg.

Zinedine Zidane’s side are unbeaten in their last 10 fixtures, having won 8 and drawn 2 of them – the latest of which came against Atletico Madrid last week, when they were handed a reprieve after Barcelona suffered a shock defeat at the hands of Malaga.

With the title race set to go down to the wire, Real cannot afford any slip ups and will be fired up for this one. Gijon will also try and put in a solid performance given the threat of relegation, so this will definitely be an interesting fixture.

Burgui is both suspended and ineligible to play against his parent club this weekend, due to the terms of his loan contract while Douglas, Traore and Cases are all also expected to miss out on the fixture against Los Blancos.

Elderson is expected to retain his place at left-back over Roberto Canella, with Lillo continuing on the other flank due to Douglas’ absence. Moi Gomez and Victor will compete for a slot on the left hand side while Duje Clop will retain his place up front.

Sporting have been very poor at home this season and their victory against Granada was their first win in eight home fixtures. However, manager Rubi will look to keep his team compact and stifle Real Madrid’s attack and make it hard for the visitors to break through the lines. 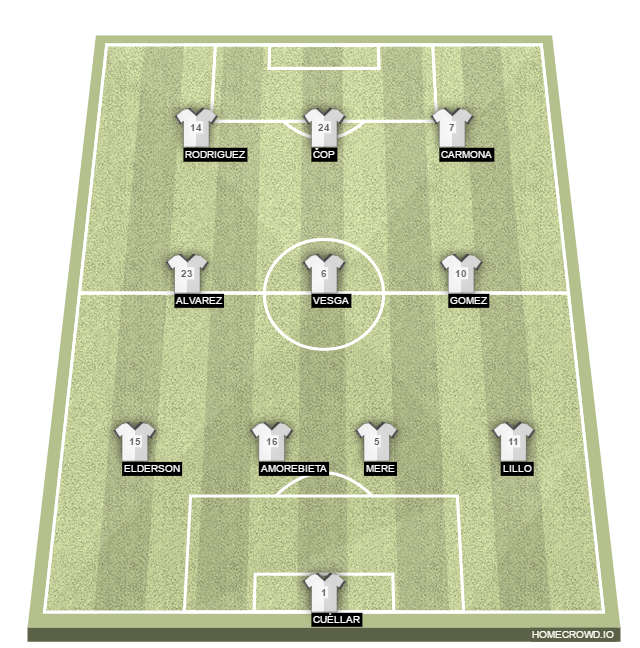 Dani Carvajal is out for the visitors due to a suspension, which means Danilo will slot in at right back against Gijon. Raphael Varane is set to miss a significant period on the sidelines while Pepe will also be out for a lengthy period due to an unfortunate collision with Toni Kroos which left him with multiple broken ribs.

This means that Sergio Ramos and Nacho will start at the back, while fringe players Jamez Rodriguez, Alvaro Morata, Lucas Vazquez, Mateo Kovacic and Marco Asensio could all feature at some point given Real Madrid’s congested fixture list.

Madrid are in a fine run of form and will be full of confidence after their victory against Bayern Munich and will be looking to attack Gijon relentlessly. Gijon’s poor record at home also means the visitors will have a relatively untroubled match and Zidane will be looking to put the game to bed in the first half so he can give his key players some much-needed rest. 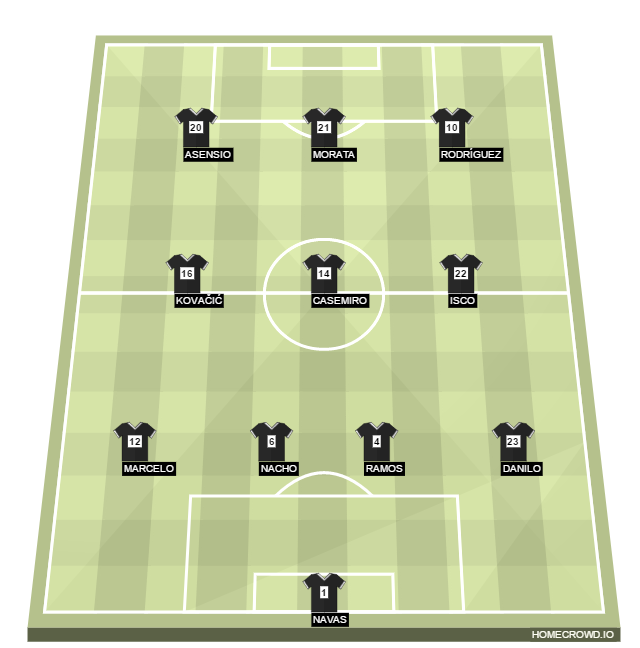 Real have been defensively suspect at times over the last few fixtures which means Sporting definitely have a chance of scoring a goal in the match, however given Sporting’s own defensive issues Real should be able to make up for it with plenty of goals.

Given that Zidane is expected to heavily rotate his side, Los Blancos might not be at their fluent best but they have real quality on their bench and their fringe players should be more than able to pick up 3 points on Saturday night.