Manchester United travel to Brussels on Thursday to take on Anderlecht in the first leg of their UEFA Europa League quarterfinal tie.

The quarterfinals of the UEFA Europa League kick off on Thursday and one of the big meetings of the Last 8 stage sees Manchester United come up against Anderlecht. And the Red Devils will be travelling to Brussels for the first leg to take on Rene Weiler’s men, to get one step closer to the semifinals.

The hosts qualified for the quarterfinals after overcoming Cypriot champions Apoel Nicosia with an aggregate score of 2-0 in the Round of 16. Meanwhile, Manchester United progressed to this stage thanks to a hard-fought 2-1 win over two legs over Russian club, FC Rostov.

Anderlecht come into this game on the back of a closely-contested goalless draw at home to title rivals Gent, to remain on course to win the Jupiler Pro League. Jose Mourinho’s men, on the other hand, returned to winning ways with a dominating 3-0 win at Sunderland on Sunday to climb to 5th in the Premier League.

An exciting contest beckons as one of the youngest sides in the tournament face up against the favourites and The Hard Tackle takes a closer look at the match ahead of Thursday’s encounter.

Rene Weiler does not have a lot of injury concerns to deal with ahead of the visit of Manchester United with only two first-team players sidelined with fitness issues for Thursday’s match.

Top scorer, Lukasz Teodorczyk, who has scored 28 goals across all competitions for the Belgian side this season is suffering from a shoulder injury and will be unavailable for the match on Thursday. In the Polish striker’s stead, Isaac Thelin is expected be the focal point of the Anderlecht attack.

Teodorczyk has joined right-back Andy Najar on the sidelines, with the Honduran defender absent with a hamstring injury he sustained last month. Najar has returned to first-team training this week, but is unlikely to be risked on Thursday, with the league also being a top priority for Anderlecht.

Meanwhile, Weiler will rely on the team’s young star, Youri Tielemans to provide the firepower from midfield with prodigious Belgian enjoying a breakthrough campaign with Anderlecht this season, with Nicole Stanciu providing the supporting act. 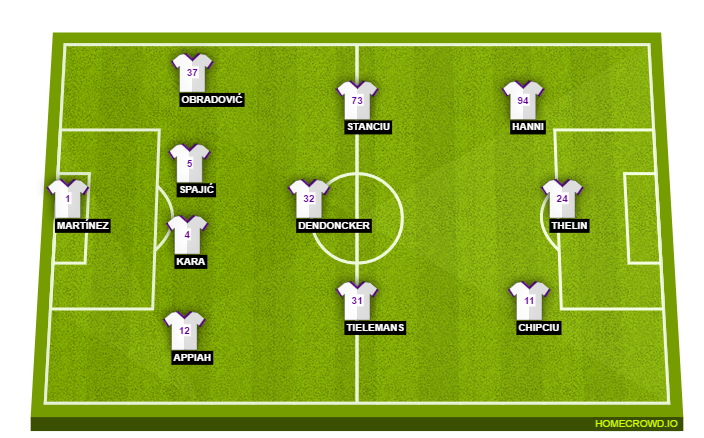 Weiler’s counterpart in the Manchester United dugout, Jose Mourinho is not as lucky as the Anderlecht boss as far as personnel availability is concerned, with as many as four key players sidelined with various injury concerns.

The problems start right at the back, with Chris Smalling (knee) and Phil Jones (foot) classified as long-term injuries and are unlikely to play again this month. In their absence, Mourinho is left with just Eric Bailly and Marcos Rojo as his options at the heart of defence, and the two are expected to start there on Thursday as well.

In midfield, Juan Mata has had his season end prematurely after undergoing a groin surgery, while Wayne Rooney also misses the trip to Brussels due to an ankle injury. But, David De Gea is in contention after missing the match against Sunderland on the weekend with a knock on his hip.

Antonio Valencia, too, is expected to be back with the match day squad after missing the trip to the Stadium of Light on Sunday, and could slot right back into the right-back role he has made his own this season. 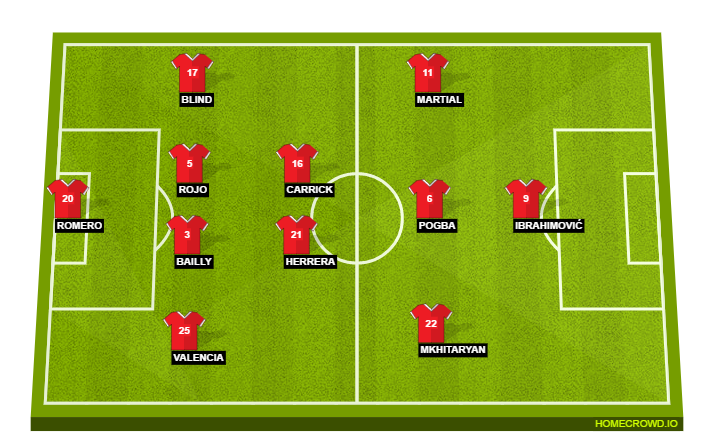 This is a match that has drawn up two of the best defensive sides in the Europa League this season, but these are also two teams that had their scoring boots firmly on before the Round of 16 stage. Thus, an exciting tie seems to have been set up.

Anderlecht are usually a side that is considered to be also-rans in European competition when they come up against the bigger sides, but their record this season suggests that they should not be taken lightly by any stretch, having famously eliminated Russian giants Zenit St-Petersburg in the Round of 32.

Meanwhile, it is looking increasingly likely by the week that Manchester United will have to put all their eggs in one basket to concentrate on the Europa League as their ticket to next season’s Champions League.

Thus, this has all the ingredients to become a truly exciting contest, with Anderlecht the underdogs against the favourites Manchester United. The Hard Tackle predicts an evenly contested affair, with Manchester United nicking the encounter by the odd goal.