This is a hugely exciting tie that will see two of the favourites for the trophy this season face off against each other and despite the fact that neither club or their sets of fans would have wanted the tie, it will no doubt be a hugely entertaining spectacle for neutrals everywhere.

Bayern Munich fans will still have the sore memory of Real Madrid’s 5-0 thrashing of the Bavarians over two legs, when their current manager Carlo Ancelotti was ironically managing Los Blancos, who went on to win the Champions League that year.

With Bayern more or less guaranteed the Bundesliga title this year, the Champions League will begin to be the main subject of their focus and they will face a tough test against a Real Madrid side that have been impressive in cup games this season.

Real Madrid come into the match in decent form, having won 5 out of their last 6 fixtures – one of them being the draw against Atletico Madrid over the weekend – but Los Blancos have looked slightly nervy at times over the last few fixtures and have kept a clean sheet in just one of those 6 matches.

Carlo Ancelotti will have a big decision to make on Wednesday regarding whether or not he opts to start Thomas Muller. The German international has only just recovered from an ankle injury but did participate in full training over the weekend.

Ancelotti must decide whether or not to risk bringing back the forward so early which might not be necessary, particularly considering he has no other injury concerns in attack and has his full complement of attacking players to choose from.

Another blow is the fact that summer signing Mats Hummels suffered an ankle injury in training and while Bayern are unsure over the severity of the injury, Hummels will definitely miss out on the match against Real Madrid.

Carlo Ancelotti has struggled to get his team going at times this season and their performance in the group stages of the competition was hugely disappointing, although they more than made up for it with their 10-2 thrashing of Arsenal in the round of 16.

Ancelotti’s side have in part been successful this season thanks to their tight defense and the Italian will be wary of the threat Real Madrid have in attack and will likely look to be slightly conservative in the home leg. 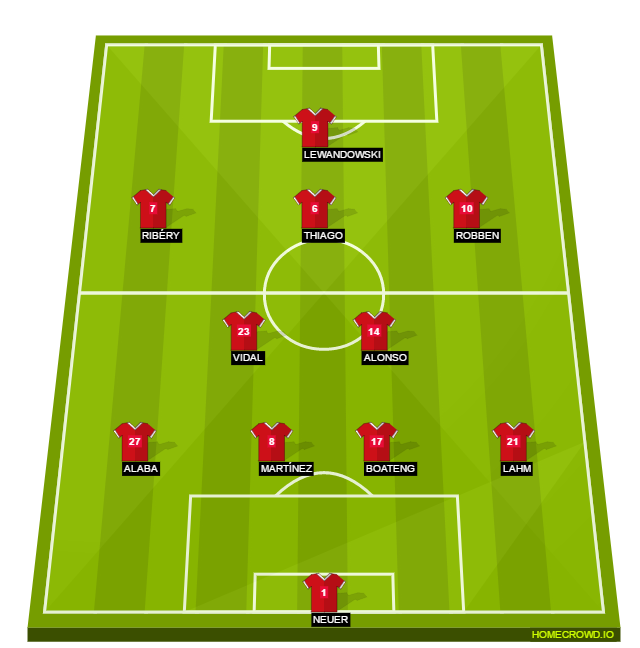 Madrid are facing a slight defensive crisis going into this fixture. Raphael Varane is out with an injury while Pepe broke two ribs in an unfortunate collision with Toni Kroos over the weekend and is out for the foreseeable future.

Dani Carvajal is also a huge doubt after missing training this week however Fabio Coentrao could return to the side. This means that Nacho will likely start in defense alongside Sergio Ramos while Danilo will likely come in at right back.

Zidane does not have any other injury concerns going into this match and he will likely be looking to attack as away goal are absolutely precious in games like these between two big sides who are favourites for the competition.

The Frenchman’s defence has been a bit shaky at times, but with Karim Benzema hitting some good form at the right time and Gareth Bale looking better with each game, Madrid will be hoping to pick up a goal or two at the Allianz Arena and try to keep a clean sheet. 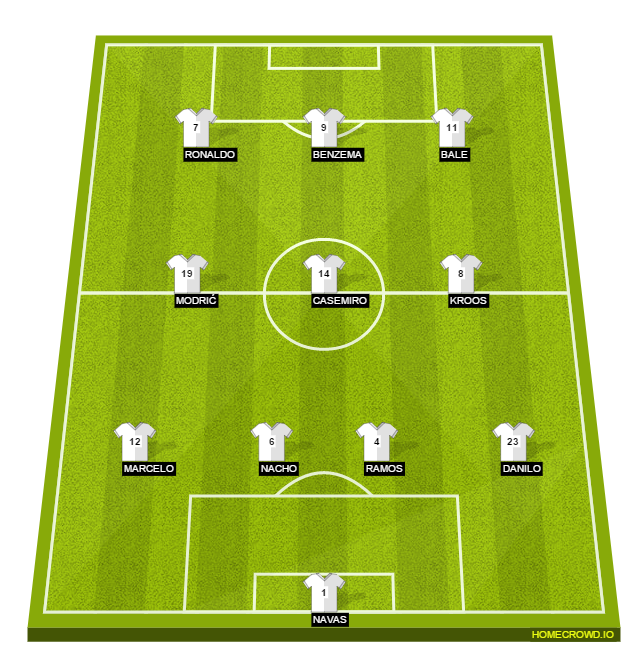 This should be an open, entertaining match given both teams tendencies to attack, but with Real Madrid’s defence missing key players, Bayern should be able to score a few goals given how well their attack has been doing in recent weeks.

Madrid have also been good going forward although they have not been as prolific but with the likes of Ronaldo and Bale in the team – and let’s not forget Sergio Ramos’ big game record – the visitors will likely be able to pick up a crucial away goal as well.