It’s Match Day 31 in La Liga, and the marquee clash of the latest round of fixtures is the Madrilenian Derby, the repeat of last season’s Champions League final, as Real Madrid play hosts to Atletico Madrid at the Santiago Bernabeu on Saturday.

Zinedine Zidane’s men come into this match on the back of a gritty 4-2 win at Leganes on Wednesday, as a largely reserve side helped Real Madrid maintain their two-point lead over Barcelona. The league leaders have picked up form at the right time, winning six of their last seven games in La Liga.

The visitors, too, are going through a rich vein of form, winning each of their last five league games and climbing to third in the table after leapfrogging Sevilla. Their last game saw Atletico overcome Real Sociedad 1-0 in a hard fought win, with Filipe Luis scoring the all-important goal.

The reverse fixture saw Real Madrid emphatically beat Atletico Madrid 3-0 in the last Madrid Derby at the Vicente Calderon, with Cristiano Ronaldo grabbing a hat-trick. The Hard Tackle takes a closer look at the second Madrilenian Derby of the season, and one that will shape the title race significantly.

Zinedine Zidane has a nearly fully fit squad at his disposal ahead of the visit of Atletico Madrid on Saturday, with Raphael Varane the only absentee. The French centre-back is set to be sidelined for a month with an achilles problem after picking up the injury in the match against Alaves last weekend.

Dani Carvajal and Cristiano Ronaldo, though, are suspension risks ahead of the tie with the duo being just one booking away from picking up a one-match ban. Other than these, the Real Madrid boss has no issue whatsoever to deal with, and has the best possible preparation for the match.

Zidane is expected to revert back to his strongest possible lineup when Atletico Madrid line up against his side, after making nine changes for the trip to Leganes. Ronaldo, Gareth Bale and Toni Kroos were handed the night off against Leganes and the trio should slot right back into the starting eleven.

Luka Modric, Carvajal and Karim Benzema were on the bench on Wednesday and they are expected to start on Saturday as well. This means hat-trick hero Alvaro Morata, Marco Asensio, Lucas Vazquez and James Rodriguez will all get back to the bench after playing impressively in the midweek match. 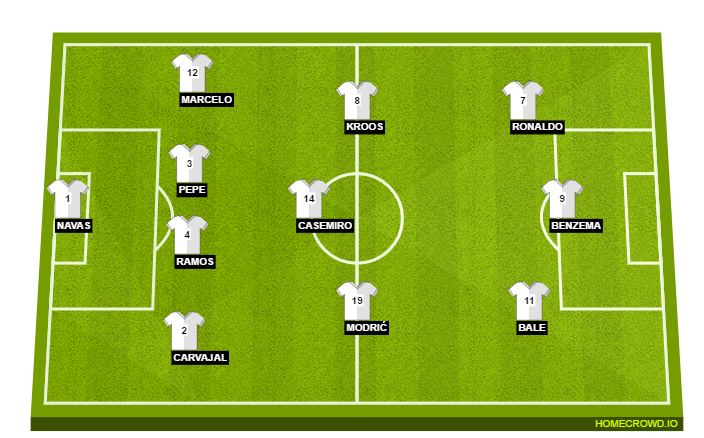 Unlike his counterpart in the Real Madrid dugout, Diego Simeone has quite a few injury concerns to deal with, with as many as six players sidelined due to fitness issues for the cross city trip to the Santiago Bernabeu on Saturday.

The biggest of the absentees is striker Kevin Gameiro, who limped off in training after just ten minutes due to a hamstring problem. The in-form Frenchman now faces an indefinite spell on the sidelines. Nicolas Gaitan is also out due to a foot injury, with no date set for a return.

Sime Vrsaljko, Tiago, Augusto Fenandez (all knee) and backup goalkeeper Miguel Angel Moya (hamstring) are all out with mid-t0-long term injuries, and will play no part in the match against Real Madrid.

In Gameiro’s absence, Simeone is likely to stick with the strike partnership of Antoine Griezmann and Fernando Torres, with Yannick Carrasco and Koke providing the support act from the wings. In fact, a lineup similar to last season’s Champions League final could line up at the Bernabeu on Saturday. 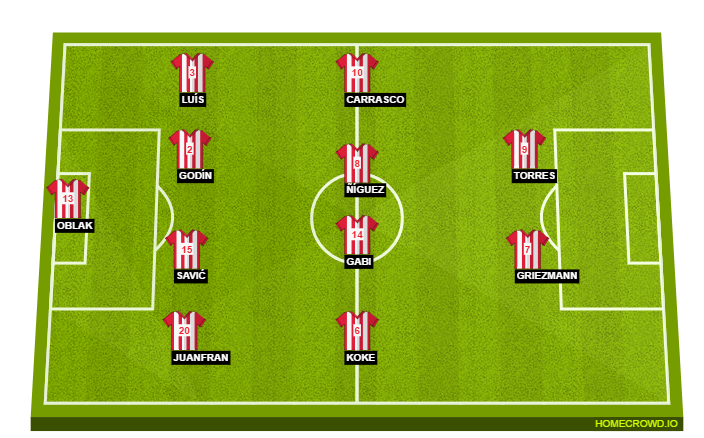 This is one of the biggest matches of the season in La Liga, and a match that can define the fortunes of both sides as well as Barcelona. With just seven matches (plus one for Real Madrid) left to play till the end of the league campaign, each point is vital for the sides to achieve their objectives.

Real Madrid cannot afford to drop any point with Barcelona hot on their heels, even though they have a buffer of two points and one game on their bitter rivals. Meanwhile, Atletico Madrid are three points clear of Sevilla, but a win could see them become surprise dark horses in the title race.

This, thus, sets up the tie really well, and it will be a surprise to see either side record a result similar to the one Real Madrid did in the reverse fixture. Atletico Madrid have won on their last three league visits to the Santiago Bernabeu and Real Madrid will be eager to ensure that it’s not four in a row on Saturday.

In fact, Zinedine Zidane’s only home loss as manager of Real Madrid came against Atletico Madrid, but his side has come a long way since then, producing gritty performances to stand the toughest of oppositions. The Hard Tackle expects a similar showing on Saturday, and we predict a hard-fought 2-1 win for the league leaders.