The games continue to come thick and fast as Gameweek 32 is already upon us. Manchester City are back in league action only two days after their last game as they play hosts to Hull City at the Etihad Stadium on Saturday afternoon.

Pep Guardiola’s men come into this match on the back of 2-1 loss to runaway Premier League leaders Chelsea at Stamford Bridge as Sergio Aguero’s goal went in vain thanks to Eden Hazard’s brace. The hosts are winless in three league games, and will be looking to get back to winning ways against Hull.

The visitors, meanwhile, are in a rich vein of form, having won three of their last four Premier League matches with the latest coming against Middlesbrough – a 4-2 victory at the KCOM Stadium on Wednesday that lifted them out of the relegation zone.

The reverse fixture at the KCOM Stadium ended in a 3-0 win for Manchester City as goals from Yaya Toure and Kelechi Iheanacho, in addition to an own goal by Curtis Davies gave the Citizens all three points. The Hard Tackle now takes a closer look at Saturday’s match at the Etihad Stadium.

Manchester City manager Pep Guardiola does not have many injury concerns on his hands for the visit of Hull City on Saturday, with just three first-team players missing through fitness issues.

French right-back Bacary Sagna is sidelined with a groin injury, and he is expected to remain sidelined for another fortnight before returning to training. One player who has rejoined first-team training is the exciting young forward Gabriel Jesus.

The teenager sustained an injury to his ankle two months ago in Manchester City’s win at Bournemouth and is set to return to action ahead of time after making an early recovery. However, the match on Saturday comes too early for the Brazilian, and he will not be involved in Guardiola’s match day squad.

German midfielder Ilkay Gundogan is a long-term injury absence, having suffered a cruciate ligament injury in December. Meanwhile, Vincent Kompany and Fabian Delph made a surprise return to the team on Wednesday, but the duo are unlikely to start against Hull on Saturday.

Kompany, in particular, has struggled with fitness issues for the majority of the campaign and Guardiola will be eager to ease him into his plans before he can start regularly. In Kompany’s stead, Aleksandar Kolarov is expected to start at the heart of the Manchester City defence, while Raheem Sterling is in line to start as well. 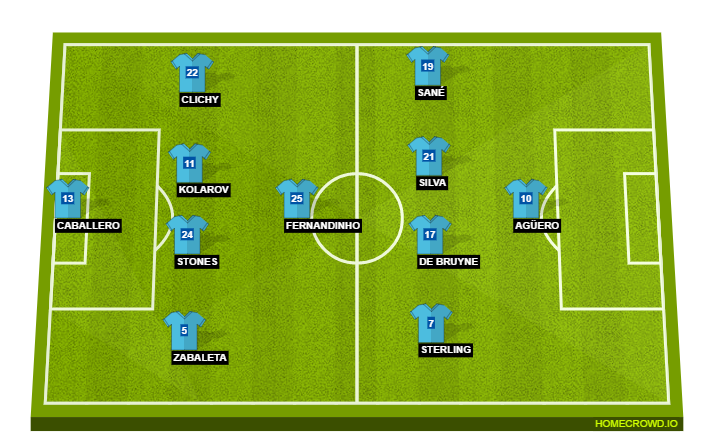 Meanwhile, Guardiola’s counterpart in the Hull City dugout, Marco Silva has a few personnel availability issues to deal with ahead of the trip to Etihad Stadium, with as many four players missing through injuries and suspension.

Centre-back Harry Maguire has been ruled out of the match due to a knock, and he is likely to be replaced by Michael Dawson in the starting lineup. Dieumerci Mbokani and Omar Elabdellaoui are the other two players sidelined with hamstring and back injuries respectively.

English midfielder Tom Huddlestone, meanwhile, is suspended as he serves the last of his three-match ban on Saturday. However, fellow midfielder Sam Clucas is a suspension risk, as he is just one booking away from accruing a two-match ban for collecting his tenth yellow card of the season.

Striker Abel Hernandez, though, is expected to shake off the dead leg that he sustained in the match against Middlesbrough in the midweek, and will line up alongside Oumar Niasse in the front two, with the explosive Lazar Markovic and Kamil Grosicki providing the firepower from the wings. 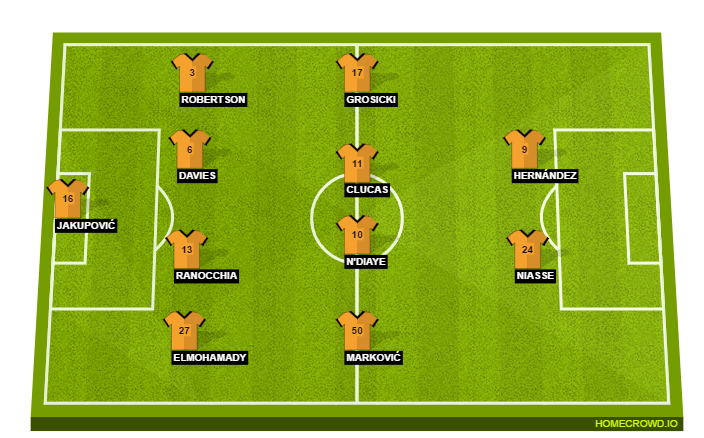 We’re approaching the fag end of the season when each point is like gold dust on both ends of the table. Manchester City need as many wins as they can in their bid to finish inside the Top 4 with Arsenal and Manchester United breathing down their necks, while Hull need the points to survive relegation.

Thus, these games become really hard to call at this stage of the season. Manchester City ran through Hull in the reverse fixture in December, but this time around the resurgent Tigers are one of the most in-form teams in the Premier League.

Having said that, Hull have one of the worst away records in the English top flight, having won just 5 points on the road. Of these, only one has come under Marco Silva, as they have struggled to bring out their best performance away from the comforts of the KCOM Stadium.

With this being a must-win game for both sides, one can expect a number of goals coming from both sides, but with Manchester City being so strong at home under Pep Guardiola, The Hard Tackle predicts a 2-1 win for the hosts on Saturday.