Match day 30 of La Liga has begun, as matches are starting to come thick and fast. And defending champions Barcelona resume league action at home as they play hosts to Sevilla at Camp Nou on Wednesday.

Luis Enrique’s men come into this match having continued their winnings ways with a thumping 4-1 win at Granada on Sunday to maintain the two-point gap on league leaders Real Madrid, who had won at home earlier in the day.

Meanwhile, will be looking desperately to rediscover their winning touch after a goalless stalemate against Sporting Gijon on the weekend. Jorge Sampaoli’s men are in the middle of a wretched run of form, having not won a league game in four, as a result of which they’ve lost ground in the title race to slip to fourth in the table.

The reverse fixture ended in a come-from-behind 2-1 win for Barcelona, as Lionel Messi and Luis Suarez struck either side of half-time to complete a hard-fought victory. The Hard Tackle now takes a closer look at Wednesday’s match at Camp Nou.

Luis Enrique doesn’t have a lot of injury concerns on his hands, but the Barcelona boss will have key midfielder Rafinha missing for a few weeks after he sustained an injury to his knee in the match against Granada.

The Brazilian international has now joined Aleix Vidal (ankle) and Arda Turan (groin) on the sidelines. While Vidal will not play again until next season, the Turkish international, Turan is likely to be available for selection in a couple of weeks.

The biggest news, however, is that Lionel Messi is back and expected to start after missing the trip to Granada on Sunday due to suspension. The Argentinian will line up with Luis Suarez and Neymar in the formidable front three for Barcelona.

Centre-back, Gerard Pique is also likely to slot back into the starting lineup after being rested on the weekend, with Samuel Umtiti partnering him in the heart of the Barcelona defence. The absence of Rafinha, meanwhile, should mean that Enrique should continue with a back-four. 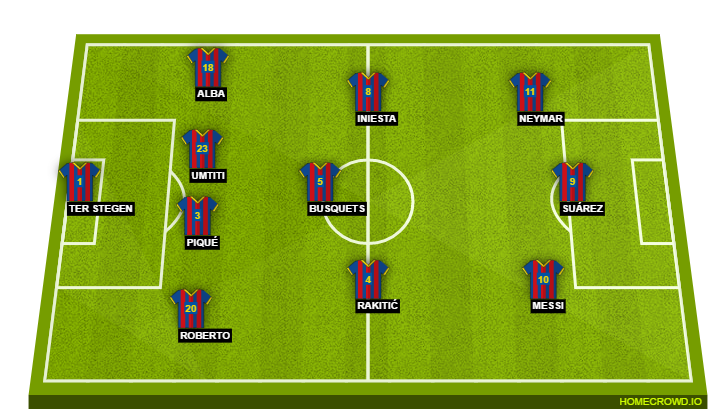 Unlike his counterpart in the Barcelona dugout, Jorge Sampaoli does not have any new injury issues on his hands, with four players still absent through fitness concerns for the visit to Camp Nou on Wednesday night.

Right-back Gabriel Mercado is out with a knee injury with no return date set on his return. Centre-back Adil Rami is absent due to a calf injury he sustained during the international break.

Danish forward Michael Krohn-Dehli and and left-back Benoit Tremoulinas (both knee) remain sidelined with their respective long-term injuries. Meanwhile, Sergio Escudero is available for selection after serving a one-match ban on the weekend.

Stevan Jovetic is fit after recovering from a knock, but he is likely to start from the bench with Wissam Ben Yedder set to be favoured as the focal point of the Sevilla attack by Sampaoli.

The onus on Wednesday will be on Steven N’Zonzi to keep things tight and quiet in the centre of the park to deny the likes of Andres Iniesta and Ivan Rakitic many opportunities to create goal scoring opportunities for the much-feared MSN trio. 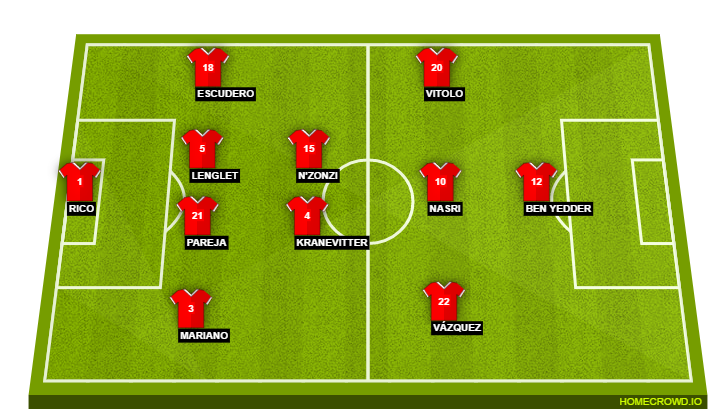 Will it be another closely contested affair on Wednesday night? (Photo courtesy – Pau Barrena/AFP/Getty Images)

A month ago, this fixture would have been touted as a potential candidate for match of the season, with Sevilla managing to stand toe to toe with the more illustrious Real Madrid and Barcelona in the race to win lift the La Liga title in May.

A lot has changed in a month’s time though, as an alarming drop in form has not only resulted in Sevilla dropping out as one of the candidates to win the league, but now finding themselves in a situation wherein they might have to go through the qualifiers for a place in the Champions League next season.

Lack of goals from attack has been a contributing factor in this run of form, while the defence hasn’t exactly been assured either. Barcelona will look to exploit that on Wednesday, and with a well-rested Lionel Messi back in the starting lineup, they could run riot.

A draw or a Sevilla win will come as a huge surprise, and The Hard Tackle is going with a comfortable 3-1 win for Luis Enrique’s men.