Both sides head into this match in poor form. Arsenal have not registered a victory in the English Premier League since their victory over Hull at the start of February, losing twice and drawing 2-2 against Man City since then. The Gunners have only won 3 of their last 10 fixtures in all competitions, with all of those victories coming against non-league opposition.

West Ham slipped to 14th in the Premier League following their fourth consecutive defeat on Saturday, disappointing 2-1 loss to Hull at the KCOM Stadium. Like the Gunners, West Ham have also won only three of their last 10 matches.

The pressure has been piling on West Ham manager Slaven Bilic who was given a vote of confidence by the owners earlier this week and once again the similarities with Arsenal continue, with Arsene Wenger under the most pressure he has ever been as Arsenal manager.

This is a crucial match for both sides. More dropped points would probably signal the end of Arsenal’s top 4 hopes this season while West Ham – who are only 6 points away from the relegation zone – cannot afford to drop more points either.

Arsenal have a number of absentees and returnees ahead of the game. Alex Oxlade-Chamberlain and Aaron Ramsey are set for late fitness tests and are expected to return to the squad although Lucas Perez (thigh) remains sidelined.

Per Mertesacker will also be available for selection, but Arsenal’s key man Laurent Koscielny will definitely miss out after picking up an Achilles injury against Manchester City while Petr Cech – who was unavailable against the Citizens – remains sidelined with an injury.

West Ham have been having issues both defensively and going forward and Arsenal will be looking to capitalise on the former on Wednesday night. However, the Gunners will need to be extremely wary of the threat of Andy Carroll, who has proven to be a thorn in their side on several occasions on the past.

Arsene Wenger will likely name a lineup that will signal his intent to attack and given his inflexibility tactically this season, it is unlikely the Gunners will adopt a different approach for this match. However, given Laurent Koscielny’s injury there is a chance their midfield could sit a little deeper in the opening stages of the match. 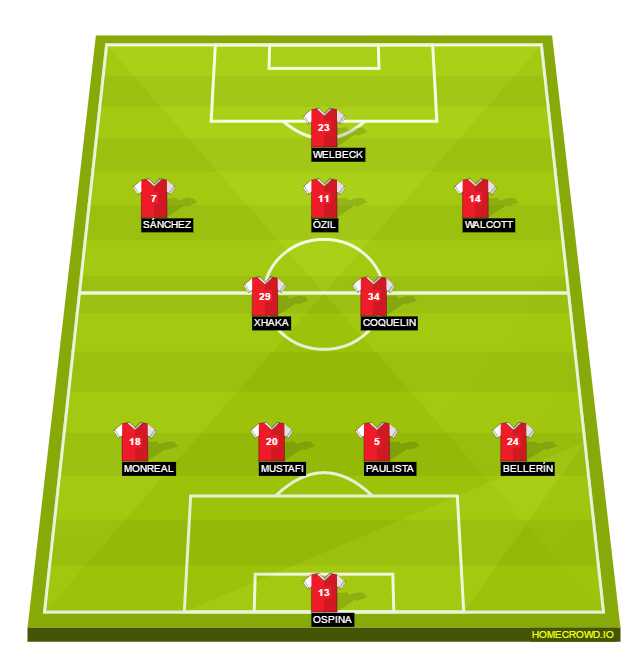 Diafra Sakho could return to the West Ham squad following a lengthy spell on the sidelines but full-back Aaron Cresswell will definitely miss out against the Gunners.  Winston Reid, Angelo Ogbonna and Pedro Obiang also remain out of action, with Obiang out for the rest of the season following an ankle operation.

West Ham are hopeful that Michail Antonio will return to fitness and the Englishman will face a late fitness test ahead of the trip to the Emirates. Other than that, Bilic does not have any fresh injury concerns going into the match against the Gunners.

West Ham will be looking to hit Arsenal on the counter but will also definitely look to utilise the aerial threat of Andy Carroll, who has been in fine form in 2017. Arsenal have still not learnt how to deal with balls into the box and set pieces and Carroll is absolutely deadly in those situations, something Bilic will be looking to capitalise on. 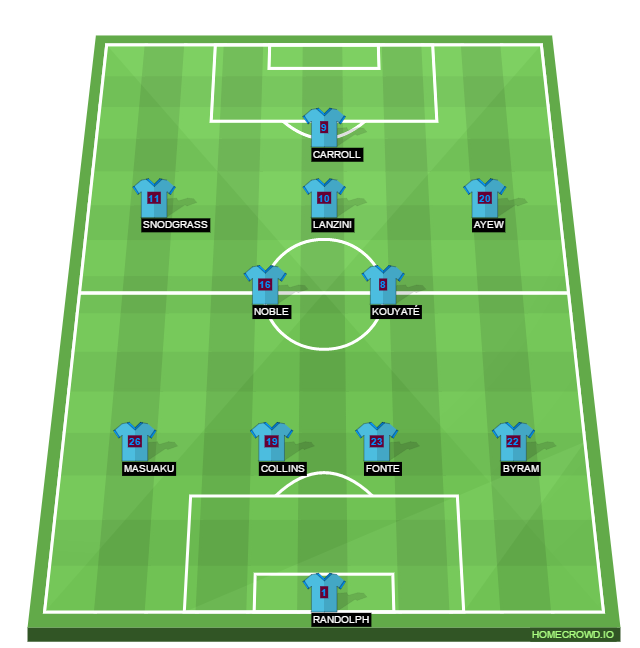 West Ham’s poor form means Arsenal have a good chance to win on Wednesday night but the Gunners’ age-old problems will rear their head against the Hammers which won’t make it the easiest of fixtures for them.

Andy Carroll will bully the Arsenal defence as he always does but the Gunners should have enough in the tank to see off Slaven Bilic’s side on the night, although the result likely won’t be as spectacular as their last meeting, when Arsenal thrashed the Hammers 5-1 thanks to an Alexis Sanchez hat-trick.