Manchester United host Everton at Old Trafford on Tuesday, with both sides eager to get back to winning ways.

Premier League action continues again on Tuesday, and we’re already into Gameweek 31. The matches seem to be coming thick and fast, and Manchester United play hosts to Everton at Old Trafford, with both sides looking to shrug off respective disappointments from the weekend’s matches.

Jose Mourinho’s men come into this match on the back of a frustrating goalless draw at home against West Bromwich Albion. It was a result that saw the Red Devils extend their unbeaten run to 19 games, but also ended with them lose ground in their chase for a place in the Top 4.

Meanwhile, the visitors also faced a let-down in their last match, as they were beaten 3-1 by arch rivals Liverpool in the Merseyside Derby. The result was only their second loss in 13 Premier League games, a sequence of games that has seen Everton come very close to the top six.

The reverse fixture ended in a 1-1 draw as a late Leighton Baines penalty cancelled out Zlatan Ibrahimovic’s long range effort to deny Manchester United a hard-fought win. As another closely contested affair beckons, The Hard Tackle takes a closer look at Tuesday’s match.

The home form may not be improving much but Jose Mourinho’s problems with regards to the availability of key personnel certainly are easing up ahead of the visit of Everton. That is because two players are set to return to action on Tuesday, with another likely to play too.

The two certainties are Zlatan Ibrahimovic and Ander Herrera, both of whom served the last match of their respective suspensions in the match against West Brom. While Ibrahimovic was facing a three-match ban, Herrera was suspended for two games.

The duo are certain to claim their place back in the starting XI on Tuesday, with Ibrahimovic’s return in particular coming at the right time for the goal-shy – at home – Manchester United. Ibrahimovic will take the place of young Marcus Rashford, while Herrera should play in place of Michael Carrick.

Meanwhile, Paul Pogba could be fit to play a part in the match too, after missing the last two games due to a hamstring injury. However, Mourinho still has three absentees from his match day squad, with Juan Mata (groin), Chris Smalling (knee) and Phil Jones (foot) all being sidelined with long-term injuries. 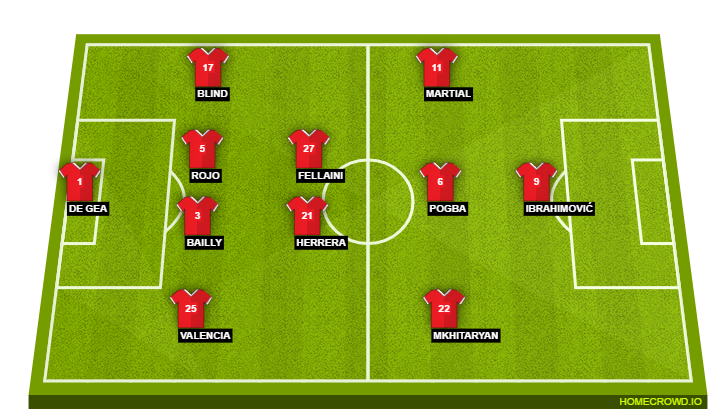 Everton boss Ronald Koeman, meanwhile, has no new injury concerns to deal with, nor does he have any players returning to the match day squad for the trip to Old Trafford, as he still has as many as seven players unavailable due to fitness issues.

That would mean that former Manchester United midfielder Morgan Schneiderlin, who is out with a calf injury, will not get a chance to face the club that sold him in January. However, the Frenchman could be available for the weekend.

Meanwhile, the likes of James McCarthy (hamstring), Ramiro Funes Mori (knee) and Seamus Coleman (broken leg) are all long-term absentees, and are likely to miss the rest of the season, alongside Muhamed Besic (knee) and Yannick Bolasie (ACL), both of whom sustained their injuries last year.

Aaron Lennon will be unavailable too, due to pressing fitness concerns. However, Kevin Mirallas could be set to return to the starting XI on Tuesday after coming off the bench in the Derby on Saturday, with Koeman expected to revert back to a back-four against Manchester United. 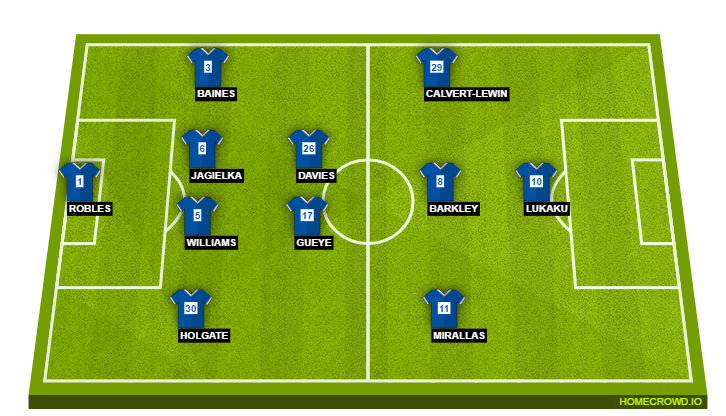 This is a match between two sides that had lofty ambitions at the start of the season but haven’t quite managed to reach those objectives this season. Manchester United sit fifth in the Premier League table, a few points away from their minimum target at the onset of the season – a place in the Top 4.

Meanwhile, Everton have been quite consistent all through the season, but have suffered a few disappointing results on the road that have left them in seventh position – a significant improvement on their performances from the last two seasons, but still some way away from their intended targets.

Thus, both sides will approach Tuesday’s match eager to get back to winnings ways and take a telling step towards achieving their pre-season objectives. Having said that, Everton’s away form against teams above them have been far from great.

Indeed, they have struggled to make much of an impact in attack on the road and it could be more of the same against a Manchester United side that has become increasingly hard to beat as the season has wore on.