Portugal take on Hungary at Estadio da Luz on Saturday night in a Group B FIFA World Cup 2018 qualifying match.

The fifth round of the World Cup qualifiers have kicked off in Europe, and Portugal welcome Hungary to Lisbon’s Estadio da Luz in Saturday in what will be the battle for second place. Portugal currently occupy that spot with 9 points, three behind leaders Switzerland. Hungary are just behind them, two points adrift in third.

Fresh off their unprecedented win in the European Championships last year, Portugal kicked off their qualifying campaign in a highly disappointing note, as they lost out 2-0 to Switzerland. However, they followed that up with convincing wins over Andorra, Faroe Islands and Latvia to set the ball rolling.

Hungary, too, got off to a poor start to their own campaign, with a surprise goalless draw against Faroe Islands being followed by a 3-2 loss to Switzerland. However, they have since won their two subsequent games with ease, overcoming Latvia and Andorra in the last two rounds.

The last meeting between the two sides came in the European Championships last year, as Portugal and Hungary played out what was one of the best matches of the tournament – an enthralling 3-3 draw.

Cristiano Ronaldo scored a vital brace to ensure Portugal barely scraped through to the knockout round. With Saturday’s match promising to be another enticing meeting, The Hard Tackle takes a closer look at the game in Lisbon.

Fernando Santos has selected a very stable squad for the latest round of World Cup qualifying fixtures with only Nani being a major absentee, due to a hamstring injury. Meanwhile, Cedric Soares has been replaced by the in-form Nelson Semedo in the squad.

Bruno Alves has discovered some good form this season, and he has reclaimed his place back in the starting lineup. The Cagliari central defender is likely to partner Pepe in the heart of the Portuguese defence, with Joao Cancelo and Raphael Guerreiro on either side of the centre-backs.

The Portugal boss is likely to adopt an attacking 4-4-2 formation, with Bernardo Silva and Ricardo Quaresma manning either flanks, and the ever-dependable Joao Mario and William Carvalho holding fort in the centre of the park.

Up front, the electric duo of Andre Silva and Cristiano Ronaldo will be responsible for keeping Portugal’s recent prolific run going, with both forwards running into tremendous goalscoring form in recent weeks for their respective clubs. 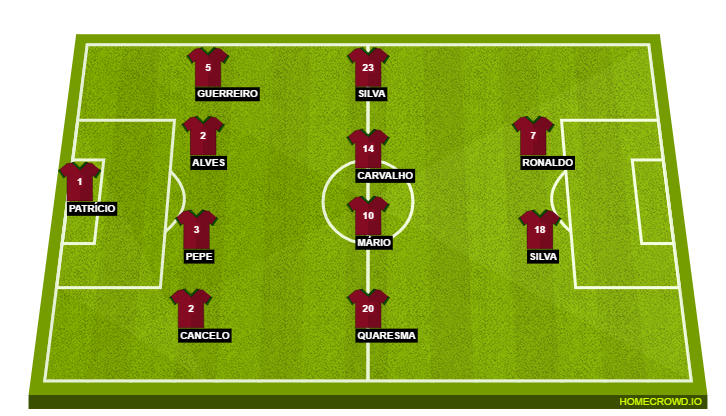 Silva’s counterpart in the Hungarian dugout, Bernd Storck, has handed first time call ups to four players in his squad for the latest round of fixtures: Paulo Vinicius, Marton Eppel, David Holman and Krisztian Adorjan.

In fact, the Brazilian-born Vinicius only recently gained Hungarian citizenship, and has been directly included into the national setup. Senior striker Nemanja Nikolic is the major name to miss out from the Hungary squad, while midfielder Laszlo Kleinheisler is unavailable due to suspension.

30-year-old forward Balazs Dzsudzsak, the two-goal hero in the previous clash against Portugal, will be the captain of the side, and he will look on to fellow veterans Adam Szalai and Zoltan Gera to ably support him in Hungary’s pursuit of taking something out of Saturday’s match. 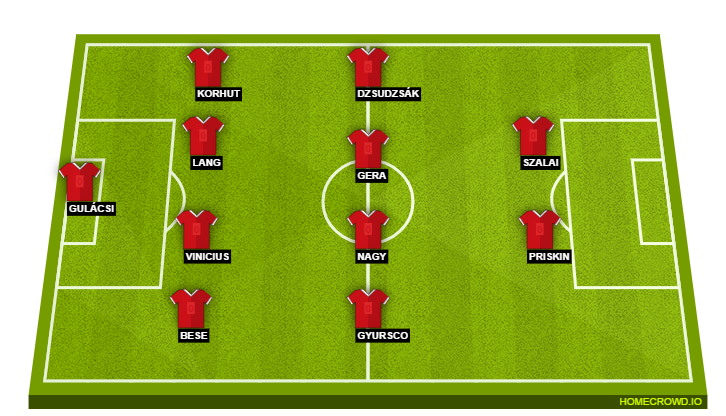 That is because Portugal possess an impeccable record at home in World Cup qualifying matches, with their last loss coming way back in 2008. In fact, the two sides met in that qualifying campaign as well, with Portugal running out 3-0 winners.

On the other hand, Hungary’s record in World Cup qualifiers on the road leaves a lot to be desired, with only one win in their last five matches. One of the losses was an 8-1 rout they suffered at the hands of Netherlands.

Portugal were at their prolific best in recent qualifiers, scoring 16 goals in three games, and with Andre Silva and Cristiano Ronaldo going great guns for their respective clubs, along with Bernardo Silva and Ricardo Quaresma, a Portuguese win looks the likeliest of all the outcomes. We go with a 3-1 win for Fernando Santos’ men.