Luxembourg host France at Stade Josy Barthel on Saturday in what is a battle of the unequals in Group A of the World Cup qualifiers. France sit atop the group after four rounds with ten points, three clear of second-placed Netherlands, while the hosts are at the bottom with just a solitary point.

France started their campaign on a disappointing note as they were held to a draw on the road by Belarus. But they have won three games on the bounce since then, with the last of these victories being the crucial top of the table clash against Sweden, beating them 2-1 to secure a three-point lead.

Meanwhile, nothing much was expected out of minnows Luxembourg, who often make up the numbers in such competitions. However, they have given a good account of themselves up until now, losing out narrowly to Netherlands, Sweden and Bulgaria, while even grabbing a point on the road against Belarus.

The last meeting between the two sides took place six years ago, as France ran out 2-0 winners over Luxembourg at the same venue, with Phillipe Mexes and Yoann Gourcuff grabbing the goals. The Hard Tackle takes a closer look at what could be another one-sided match for Les Blues.

Luc Holtz has all of his first team players fit and available for the visit of Didier Deschamps’ men on Saturday. And the Luxembourg boss will intend to play with a typically defensive system to frustrate the visitors, getting men behind the ball and looking to grab a goal on the break.

The team have been no pushovers so far in the qualifying campaign, even though they have just one point to show for their efforts, and have conceded nine goals in the four games thus far. But they have also netted an impressive five times, with three of those goals coming from the boots of Aurelien Joachim.

At the back, the likes of Kevin Malget, Maxine Chanot and Enes Mahmutovic will be charged with keeping things tight at the back, while captain Mario Mutsch, Daniel Da Mota and Joachim will have to make do with the limited opportunities going forward in an attempt to get something out of the game. 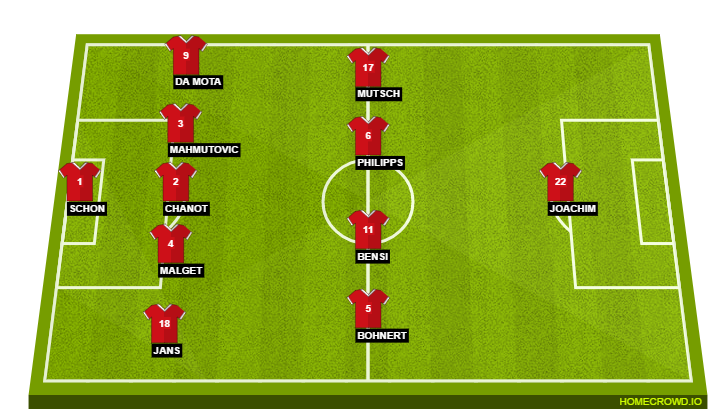 Didier Deschamps has made some notable exclusions from his squad for the latest round of international fixtures. Paul Pogba and Raphael Varane miss out due to injury, while the likes of Bacary Sagna, Moussa Sissoko and Anthony Martial have been left out due to erratic form in recent months.

There have been some deserved call ups too, none more so than AS Monaco’s teenage prodigy Kylian Mbappe, who has made such waves this season in attack. Tiemoue Bakayoko has also been called up to the senior squad for the first time after impressing for Monaco.

Deschamps has a wealth of options to choose from, and several young players, including Mbappe are in line to start at Stade Josy Barthel on Saturday. The onus, though, is likely to be on Antoine Griezmann and Kevin Gameiro, who have struck such a formidable partnership at Atletico Madrid this season.

Meanwhile, Dimitri Payet is likely to be the creative force for the side, with N’Golo Kante and Blaise Matuidi expected to be stationed in the centre of the park. 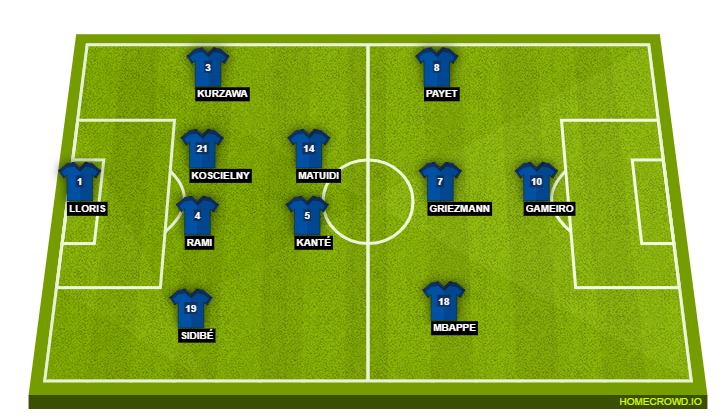 Will it be a stroll in the park for Didier Deschamps’ men on Saturday? (Photo courtesy – Franck Fife/AFP/Getty Images)

This is match that is as straightforward as it gets in the World Cup qualifiers for France. Luxembourg have prevailed over Les Blues just once in their history, and that solitary win came over 100 years ago.

Thus, anything other than a win for France would be a real shocker. In fact, it will be a big surprise if the hosts manage to find the back of the net, despite scoring goals against Netherlands, Bulgaria and Belarus. The Hard Tackle predicts a 2-0 win for Didier Deschamps’ men on Saturday.