The fortnight-long international break has begun, and traditional rivals Germany and England kick off their latest round of fixtures on Wednesday night in Dortmund’s Signal Iduna Park. That match will see Lukas Podolski play for the final time for Die Mannschaft.

Joachim Low’s team had been on a superb run of form in the matches immediately following their elimination at the semifinal stage of the European Championships, winning five while drawing one of the six matches they played, keeping a clean sheet in each of those games.

Meanwhile, the English national team was mired in controversy, with Sam Allardyce being appointed and sacked in a span of a couple of months. Since then, Gareth Southgate has been appointed on a full-time basis and he oversaw a four-goal thriller against Spain in the Three Lions’ last match.

The last encounter between the two rivals was nearly one year ago, and saw England prevail 3-2 over the Germans in Berlin. The Hard Tackle takes a closer look at what promises to be another closely contested affair in Dortmund on Wednesday.

As iterated earlier, Lukas Podolski is set to start what will be his 130th and final cap for Germany, and the 31-year-old veteran will be the captain of the side. Podolski had officially retired from international football after the Euros, but is returning for his farewell game.

But the team news is pretty grim for Low, with Mesut Ozil, Julian Draxler, Mario Gomez and Manuel Neuer all being ruled out for Wednesday’s match. While Ozil and Draxler are absent due to hamstring injuries, Gomez has an issue with his groin, and Neuer is unavailable due to a calf problem.

In Neuer’s stead Paris Saint-Germain goalkeeper Kevin Trapp has joined up with the squad, but Barcelona goalkeeper Marc-Andre ter Stegen is expected to start between the sticks on Wednesday night against England. 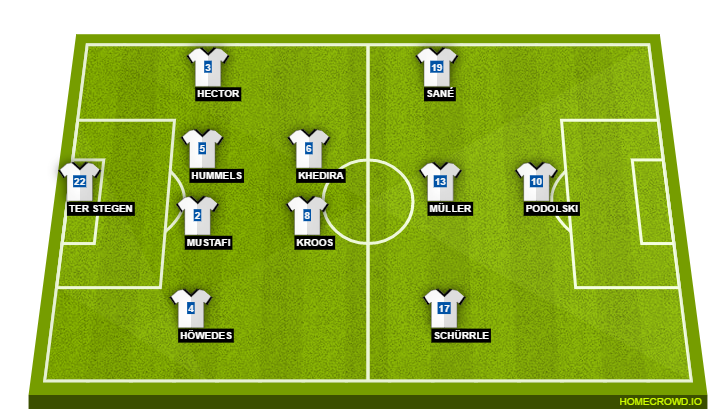 Meanwhile, England boss Gareth Southgate has a huge decision to make with regards to the three strikers at his disposal. Jermain Defoe has roared back to form at the age of 34, and is vying to start his first game for England in more than three years.

Jamie Vardy is starting to rediscover his best form as well, while Marcus Rashford is one of the most exciting youngsters to emerge out of the country. Southgate, though, has a relatively straighforward decision to make at the back following Phil Jones’ withdrawal from the squad.

The Manchester United defender suffered an injury in training, meaning Chris Smalling and Gary Cahill should start at the heart of the England defence, with Ryan Bertrand and Nathaniel Clyne on either side of the duo.

Michail Antonio was released from the squad as well, after suffering a hamstring injury at the weekend. Raheem Sterling missed the last training session but there are no injury concerns surrounding the Manchester City forward. 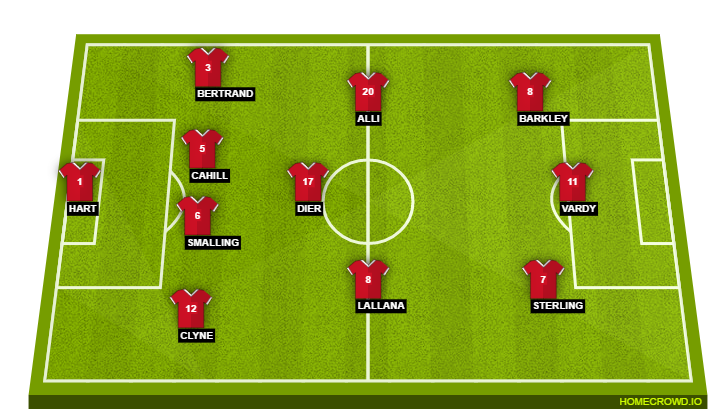 The two managers have selected two largely contrasting squads, and that could reflect in the result on Wednesday night, where Germany look like the favourites to get one over their traditional rivals.

Germany boss Joachim Low has a largely settled squad at his disposal, with the bulk of the squad from the European Championships making it this time around as well. On the other hand, the England squad is one in transition, missing senior figures like Jordan Henderson, Wayne Rooney and Theo Walcott, among others.

But, this is also a squad filled with youthful energy, and with most of the players being largely unknown on the international stage, one can’t rule out of pulling off a shock result at the Westfalenstadion. The Hard Tackle predicts a hard-fought 2-1 win for Low’s men on Wednesday.