It’s Matchday 28 in La Liga and Barcelona play hosts to Valencia at Camp Nou in the last match of the week before the fortnight long international break. With the season entering its most crucial juncture, this is a must-win game for Luis Enrique’s men to keep up in the race to win La Liga.

The hosts come into this match on the back of a momentum-breaking 2-1 loss at Deportivo La Coruna that also resulted in Barcelona relinquishing first place in the table. The defeat was also their first in 20 games in the Spanish top flight, and first in six in all competitions.

Meanwhile, Voro’s men held Sporting Gijon 1-1 in their previous game as Barcelona loanee Munir El Haddadi’s late headed goal cancelled out Duje Cop’s strike midway through the first half. Valencia have been blowing hot and cold all through the season, as a result of which they find themselves languishing 13th in the table.

The reverse fixture ended in a nail-biting, comback 3-2 win for Barcelona at the Mestalla as Lionel Messi struck a penalty deep into injury time to help his side grab the all-important three points. The Hard Tackle takes a closer look at Sunday’s match.

Luis Enrique has better report on the team news front, with just two players unavailable due to fitness issues. Aleix Vidal will miss the rest of the season after sustaining a horrific ankle injury last month, while Jeremy Mathieu also remains sidelined with a sprained ankle.

The biggest piece of news is that Neymar is available for selection again after missing the trip to Riazor last week due to a pain in his left adductor. Rafinha, too, is expected to be involved in the matchday squad having recovered from illness.

Lionel Messi and Gerard Pique, though, will have to be at their best behaviour on Sunday as the duo are just one yellow card away from picking up a one-match suspension.

The onus will be on Messi to spearhead the attack and combine with Neymar and Luis Suarez to supply the necessary goals, and Pique to marshal what has been a somewhat fragile defence in recent weeks in order to get the desired result against Voro’s men. 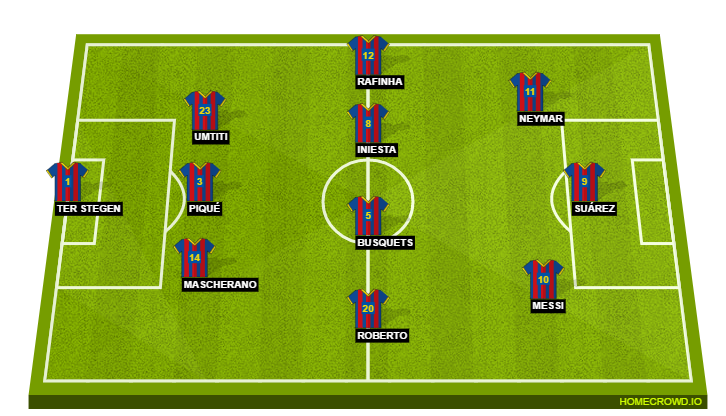 Voro, on the other hand, cannot quite boast of a similar report on fitness issues as his counterpart in the Barcelona dugout, with three key attacking players out with long-term injuries, while another important player is a major doubt.

Nani (hamstring), Rodrigo Moreno (knee) and top scorer, Santi Mina (muscular injury) are all unlikely to feature much again this season, and are missing the trip to Camp Nou this weekend. Meanwhile, Mario Suarez is doubtful as well.

Central midfielder Enzo Perez has served his one-match suspension and the Argentinean is expected to slot right back into the starting lineup on Sunday. And the onus will be on Perez, along with his partners in the centre of the park, Dani Parejo and Carlos Soler to command more of the ball and deprive the hosts of the possession.

At the back, Eliaquim Mangala and Ezequiel Garay will need to be on their guard to neutralise the immense threat posed by the Barcelona star front trio, while new boy Simone Zaza will need to come up with something special like he did against Real Madrid last month to get a shock result on Sunday. 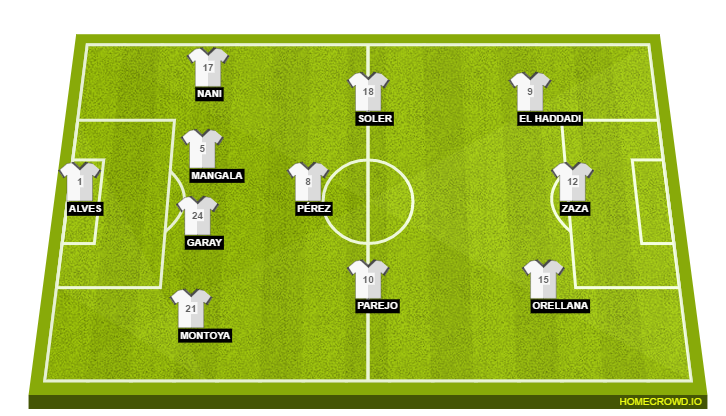 Who will come up trumps on Sunday? (Photo courtesy – Manuel Queimadelos Alonso/Getty Images)

This has been a season of ups and downs in La Liga, and it is looking like the race to win the title will go right down to the wire, especially after Barcelona lost their lead yet again by losing at the Riazor last week.

Real Madrid are two points ahead of the Blaugrana, meaning Luis Enrique’s men can ill afford another slip up, or they risk relinquishing their title to their bitter rivals in the Spaniard’s last season at the helm at Camp Nou.

The visit of Valencia, thus, gives them the best chance to get back to winning ways in the best way possible. Voro’s side have one of the worst away forms in the league, having won just three games on the road this season, and it is hard to see them get much out of their trip to Barcelona on Sunday either.

Barcelona’s recent form at home is another reason why this looks like a very straightforward match on paper. The Hard Tackle predicts a 3-1 win for Luis Enrique’s men.