Arsenal return to Premier League action on Saturday after their successful FA Cup result last weekend, as they take the tricky trip to the Hawthorns to take on West Bromwich Albion. The match gives Arsene Wenger’s side a chance to get closer to reclaiming a place in the Top 4, with Liverpool five ahead of them currently.

West Brom come into this match on the back of a disappointing result on the road, as Everton handed Tony Pulis’s team a resounding 3-0 loss at Goodison Park. The result was the second defeat in a row for the Baggies, and the hosts will seek to get back to winning ways when the Gunners come visiting.

The visitors, meanwhile, did exactly what West Brom will try to achieve on Saturday, as they overturned a two-game losing run to rout Lincoln City 5-0 and advance to the semifinals of the FA Cup, where they’ve set up a Last 4 meeting with Manchester City.

The reverse fixture ended in hard fought 1-0 win for Arsenal, as Arsene Wenger’s men overcame a resolute West Brom thanks to Olivier Giroud’s late headed winner. The Hard Tackle takes a closer look at Saturday’s lunch-time kickoff at the Hawthorns.

Tony Pulis does not have many injury concerns on his hands, with only two players unavailable for selection due to fitness issues. Matt Phillips continues to remain sidelined having missed the last three games due to a hamstring injury.

The Scotland winger has been joined on the treatment table by James Morrison who picked up a knock on his ankle in training, and will thus be the only other absentee for the West Brom boss.

Meanwhile, Salomon Rondon is likely to be recalled to the starting eleven on Saturday after Hal Robson-Kanu was favoured last week against Everton. The Venezuelan striker will be eager to end his scoring drought having gone 13 games without finding the back of the net.

Pulis is likely to adopt a typically pragmatic approach to deprive Arsenal of goalscoring opportunities, much like the reverse fixture. In attack, West Brom are likely to take advantage of set piece situations, with the likes of Jonny Evans, Gareth McAuley and Rondon bringing aerial prowess to the plate. 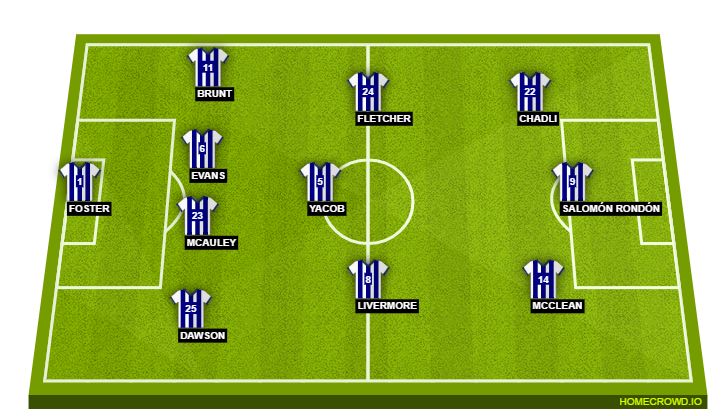 Like his West Brom counterpart, Arsene Wenger also has just two immediate injury concerns to deal with apart from long-term absentee Santi Cazorla, who will be missing the rest of the season with an Achilles injury.

Alex Oxlade-Chamberlain faces a late fitness to determine his availability after picking up a hamstring injury in the win over Lincoln last weekend. Kieran Gibbs is unlikely to feature after picking up an unspecified knock.

Danny Welbeck could start on Saturday having recovered from the illness that saw him miss the games against Bayern Munich and Lincoln last week. Welbeck, along with Theo Walcott on the right flank will bring a dangerous burst of pace and directness that could hold key to creating clear-cut scoring chances on Saturday.

Meanwhile, Mohamed Elneny is also set to be part of the matchday squad after returning to training for the first time in three weeks, and Alex Iwobi has recovered from illness but is unlikely to be in the starting eleven. 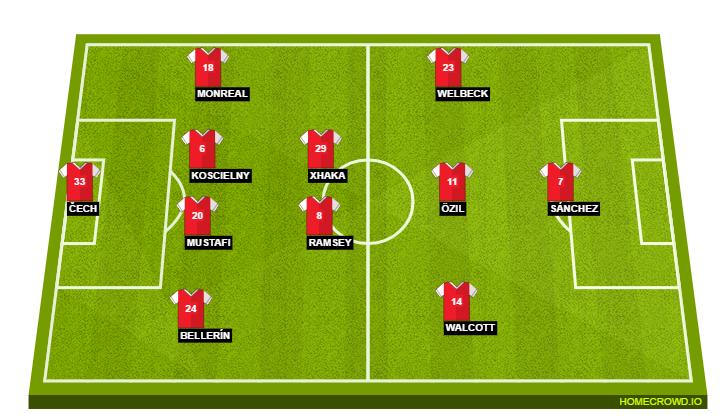 We are entering the most crucial juncture of the season as far as fortunes in the Premier League are concerned, with just two months left till the end of the season. Arsenal are currently four points adrift of a place in the Top 4, while West Brom have lost ground in their quest to finish seventh.

West Brom and Tony Pulis, in particular, have been successful in frustrating Arsene Wenger and his charges in recent seasons, with the Gunners often having to fight hard in order to get the desired results, home or away.

Saturday’s lunch-time meeting between the Baggies and Arsenal is unlikely to be any different. Both teams are going through a run of patchy form of late, and all three results are possible. West Brom will need to take advantage of set plays while Arsenal need to use pace from the wings to exploit the hosts’ ageing defence.

Having said all that, Tony Pulis’s side have been finding it hard to find the back of the next in recent weeks while the Gunners will derive confidence from their thumping win over Lincoln. We are going with another odd-goal win for Arsenal – a 2-1 result in favour of Arsene Wenger’s men.