Manchester United will look to qualify for the quarterfinals of the Europa League when they host FC Rostov in the Round of 16 second leg on Thursday.

Manchester United return to European action on Thursday, and qualification for the quarterfinals of the Europa League will be on the agenda when they host FC Rostov at Old Trafford in the second leg of their Round of 16 meeting with the Russian minnows.

Jose Mourinho’s side will also be looking to get back to winning ways on Thursday night after their FA Cup defence came to an end on Monday in the 1-0 quarterfinal loss to Chelsea at Stamford Bridge, with N’Golo Kante grabbing the only goal of the match.

The visitors, meanwhile, come into this match on the back of a goalless stalemate at home against Terek Grozny in the Russian Premier League. The reverse leg ended in a 1-1 draw last week, as Henrikh Mkhitaryan’s first half strike was cancelled out by Aleksandr Bukharov’s goal after the break.

The result gave Manchester United the priceless away goal advantage, and as both sides prepare for the return leg on Thursday night, The Hard Tackle attempts to take a closer look in the preview of the match.

Jose Mourinho has a shorter absentee list for the visit of Rostov, with just three players unavailable for Thursday’s match due to injury concerns. Captain Wayne Rooney continues to be sidelined due to the knee injury he picked up in training last week, while Anthony Martial misses out with a knock.

Bastian Schweinsteiger is the only other player who will not be available for selection due to a muscular injury. But there are more positives for the Manchester United boss heading into the match on Thursday, with Zlatan Ibrahimovic set to lead the line with his three-match ban restricted to domestic games.

Alongside his top scorer, Eric Bailly is also set to be involved against Rostov, having served his one-game suspension in the first leg last week. Ander Herrera is also likely to find a place in the starting eleven as he appears set to miss the next two Premier League games following his dismissal against Chelsea.

The match could see Mourinho reverting back to his preferred back-four formation, with Antonio Valencia and the returning Daley Blind manning the traditional fullback positions. Juan Mata and Sergio Romero are also expected to feature after watching Monday’s match from the bench. 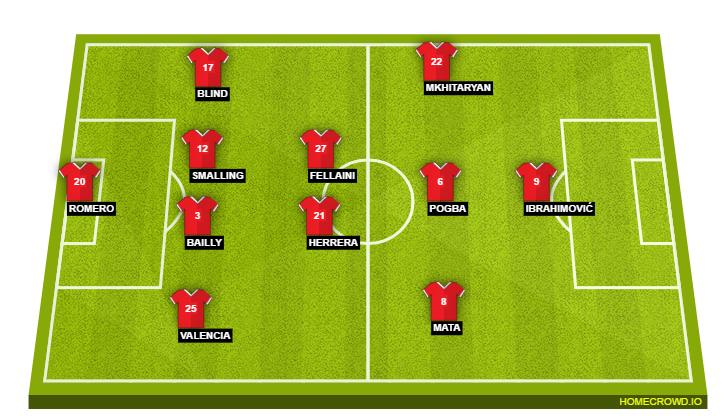 Rostov manager Ivan Daniliants, meanwhile, has mixed news on the team news front. That is because the former Moldova boss has three key players missing out for the trip to Old Trafford, with another likely to return to action on Thursday.

Midfielders Aleksandr Gatskan and Timofei Kalachev, who was the creator of Rostov’s superb goal in the first leg, are suspended for the second leg after being booked at the Olimp-2 Stadium last week. Centre-back Vladimir Granat will not be travelling to England either after breaking his collarbone in the first leg.

The big positive for Daniliants is that first-choice goalkeeper Soslan Dzhanayev is likely to start on Thursday. But backup shot stopper Nikita Medvedev will be on stand by if the game comes too soon for his senior partner.

The Rostov boss will depend heavily on his front duo of Dmitry Poloz and Aleksandr Bukharov, with the former in particular boasting some impressive stats in this season’s tournament for the Selmashi (five goals and two assists). 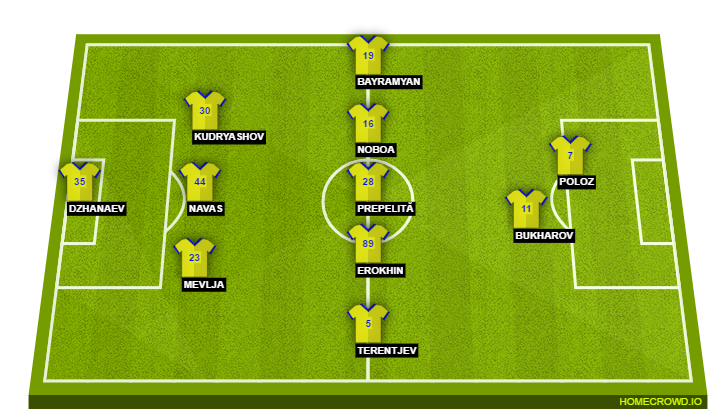 Manchester United are back in European action, and the Europa League now remains the only realistic trophy they can contend for this season, having been dumped out of the FA Cup on Monday night by Chelsea.

The first leg ended in a 1-1 draw, tipping the scales slightly in the favour of Manchester United as Jose Mourinho’s side managed to secure the vital away goal advantage heading into the match on Thursday. Zlatan Ibrahimovic’s return to the starting eleven will only give them further belief ahead of the second leg.

Rostov have made quite the impression in their first bow in the knockout stages of the Europa League, following their 5-1 aggregate win over Sparta Prague with a steady 1-1 draw against the Red Devils last week.

Manchester United, though, have reserved their best form this season for European action at home, and we expect that to continue again on Thursday night. The Hard Tackle predicts a straightforward 2-0 win for Jose Mourinho’s men and progression into the quarterfinals.