Liverpool will be looking to build on last weekend’s dominating 3-1 win over Arsenal as they welcome Burnley at Anfield on Sunday. The Reds are the only top 6 side in Premier League action this week, and a win can see them close the gap on Manchester City and Tottenham, while creating headway between them and fifth-placed Arsenal.

Jurgen Klopp’s side come into this match on the back of the eye-catching 3-1 win over Arsenal last weekend, as goals from Roberto Firmino, Sadio Mane and Georginio Wijnaldum saw Liverpool leapfrog Arsenal into the top 4.

Burnley, meanwhile, visit Anfield on the back of a 3-2 loss to Swansea City at the Liberty Stadium, as Fernando Llorente’s late winner saw the Clarets drop to 12th in the Premier League table. Sean Dyche’s men are now winless in five in all competitions as the daunting Merseyside trip beckons.

The reverse fixture saw Burnley shock Liverpool 2-0 at Turf Moor way back in Gameweek 2 of the season with the goals coming from Sam Vokes and Andre Gray. The Hard Tackle takes a closer look at Sunday’s match at Anfield.

Not much has changed on the team news front for Jurgen Klopp since last weekend, as captain Jordan Henderson (foot) and Daniel Sturridge (hip) remain on the sidelines ahead of the visit of Burnley. Ovie Ejaria (ankle) and Danny Ings (knee) remain long-term absentees.

However, Klopp will be sweating over the fitness of Roberto Firmino, who is a major doubt due to a knock. As a result, the Brazilian forward missed training this week and he will face a late fitness test to assess his availability on Sunday.

Firmino’s absence could deprive Liverpool of their fluidity up top, but Divock Origi will be waiting in the wings to start as the focal point of their attack and provide another dimension in the final third.

Meanwhile, Dejan Lovren returned to fitness from hip injury ahead of the match against Arsenal and the Croatian international will be vying for a place in the starting XI on Sunday. But Ragnar Klavan could be favoured again against Burnley following his solid and composed showing last week. 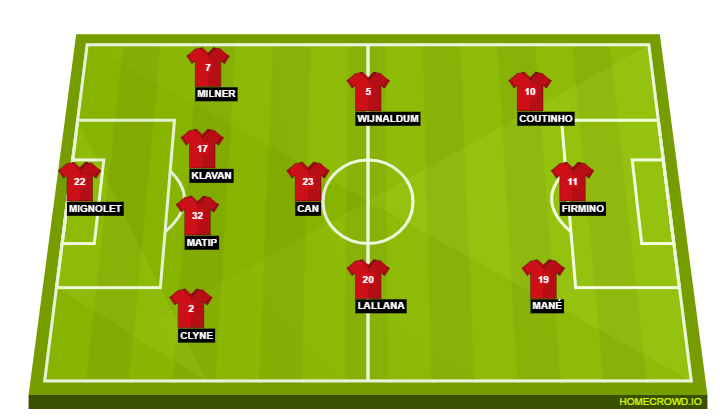 Sean Dyche has slightly better fortunes as far as injury and fitness issues are concerned, as he welcomes back three key players ahead of the trip to Anfield. Captain Tom Heaton has recovered from illness, while midfielder Joey Barton (hamstring) is fit again.

Striker Ashley Barnes also returns after missing last weekend’s visit to the Liberty Stadium with suspension. But while Barton and Heaton are expected to slot right back into the starting lineup, Barnes is expected to bide his time on the bench with Sam Vokes being impressive in his last two games.

However, Dyche still has three players unavailable from his first team squad with short-to-long-term injuries. Steven Defour (hamstring) and Johann Berg Gudmundsson (knee) are still recovering from their injuries and are still a week or two away from returning.

Meanwhile, Dean Marney (ACL) and Kevin Long (knee) are out with long-term injuries and will miss the rest of the season. Defender Jon Flanagan will be unavailable as well, as he is ineligible to face his parent club. 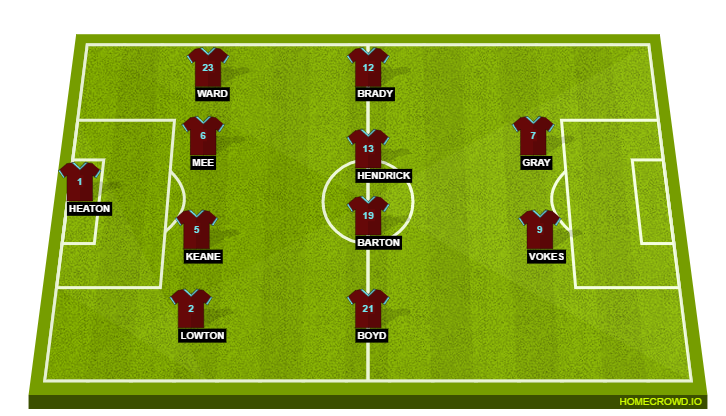 Will Klopp be smiling this time around? (Photo courtesy – Mark Runnacles/Getty Images)

The reverse fixture produced one of the big shocks of the season as Burnley handed a grounding win to a side that was being considered as early contenders for the Premier League title. In fact, Liverpool have made quite the habit of being on the receiving ends of such losses against teams in the bottom half.

In fact, Jurgen Klopp’s side have been on the losing sides against Swansea City, Leicester City, Hull City and Bournemouth. Such results have seen Liverpool go from title contenders to battling for a place in the top 4, and they can’t afford another slip up against Burnley on Sunday.

The Reds have blown hot and cold in 2017, winning just three of their thirteen games this year. But if the evidence from last weekend’s match against Arsenal is anything to go by, Liverpool could be returning to their fluid best.

Burnley, on the other hand, have been nothing short of dismal on the road, having collected just two points away from Turf Moor all season. However, recent weeks have shown that Sean Dyche’s side have discovered a swagger in their attack and they could make a dent in Liverpool’s defence on Sunday.

We are going with a two-goal win for Liverpool, with Burnley denying Simon Mignolet a clean sheet.