The Gunners were completely humiliated in the first leg after a second-half collapse against the Bavarians and are almost certainly out of the competition after suffering a devastating 5-1 loss at the Allianz Arena.

In order to progress to the next round, Arsene Wenger’s side would have to churn out a 4-0 victory over the German champions which seems highly unlikely, given Arsenal’s poor attacking play over the last few weeks as well as their bewildering defensive frailty in recent fixtures.

Should the Germans score even 1 goal, Wenger’s men will then have to match the result in Germany in order to force extra time or penalties. If Munich manage to score 2, they will have to win by a bigger margin that Bayern did in the first leg in order to progress.

Despite the fact that Arsenal are already basically out of the tie, the Gunners will be looking to restore at least a little bit of their pride after the embarrassment in Munich and have always performed much better in the second leg in recent years, so this should prove to be an interesting game for the neutrals.

Mesut Ozil will definitely miss out against many of his compatriots after Wenger ruled him out due to the German’s ongoing illness. The German was harshly criticised in the first leg for a perceived lack of contribution but he will definitely be missed in the return leg.

All eyes will be on Alexis Sanchez after several reports claimed the Chilean had fought with the manager and players which was one of the reasons he was dropped to the bench for the 3-1 defeat to Liverpool over the weekend.

Despite Wenger’s insistence that those reports were completely false and the fact that the Chilean posted a picture showing solidarity with his team on Instagram, something is clearly amiss behind the scenes. Despite this, it is difficult not to see Wenger starting the attacker for this fixture.

Santi Cazorla remains sidelined indefinitely with an ankle problem while Mohamed Elneny will also miss out on the fixture. Aaron Ramsey returned to the bench for Arsenal’s loss to Liverpool but could remain on the bench as he has not played in over a month. 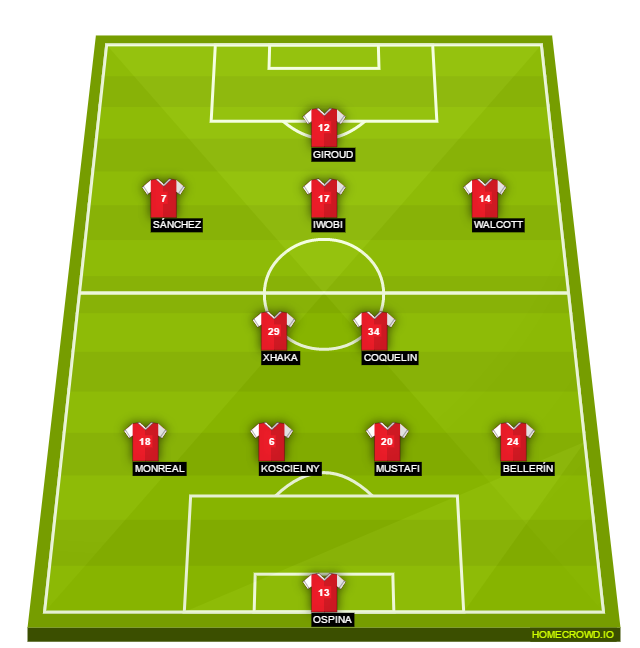 Bayern captain Philipp Lahm is suspended after picking up a caution in the first leg, but Carlo Ancelotti will likely start Mats Hummels, Xabi Alonso, Arjen Robben and Franck Ribery after resting the quartet during Bayern Munich’s 3-0 victory over Cologne over the weekend.

Many felt that Carlo Ancelotti would rest several key players including the likes of Robert Lewandowski with the tie all but sewn up but the manager himself has given no indication that he will field a weakened side against the Gunners.

Bayern will be looking to pick up where they left off and dominate the Gunners just like they did in Munich. The Bavarians have basically already won the tie but that won’t stop them from trying to heap more misery on the Gunners and ensure there are no shocks come Tuesday. 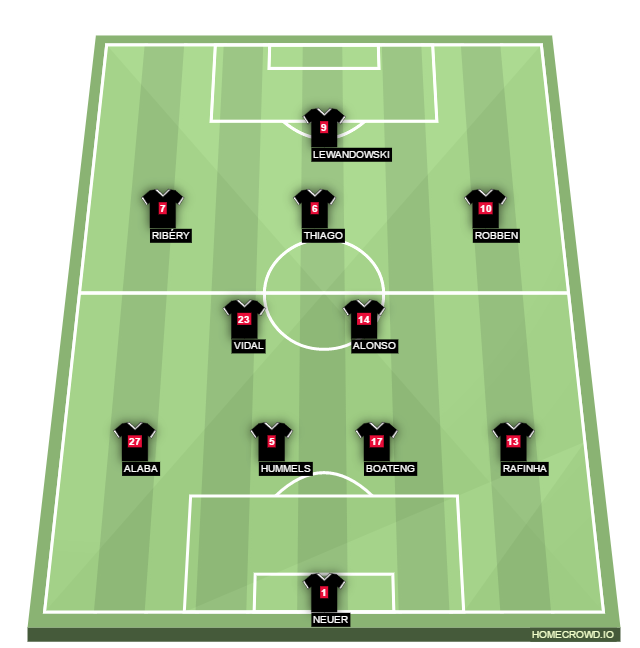 In the past, Arsenal have put up a good fight in the second leg despite facing seemingly insurmountable odds but this season tells a different tale. The Gunners have been in terrible form of late and their form against the big teams has been typically awful.

Arsenal are also completely low on confidence and with rumours of internal issues and the home fans at breaking point with the manager, it doesn’t seem like the Gunners will be able to stop the Germans from dominating them once again.