Manchester United resume Premier League action for the first time in three weeks as they host AFC Bournemouth at Old Trafford in Saturday’s lunch-time kickoff. The match will give the Red Devils an opportunity to get into the Top 4 with a win over the struggling Cherries.

The hosts come into this match full of confidence as they lifted their first trophy under Jose Mourinho by beating Southampton 3-2 in the EFL Cup final last Sunday. On Saturday, Manchester United will be looking to extend their unbeaten run in the Premier League, having not lost since the 4-0 defeat at the hands of Chelsea in October.

Eddie Howe’s side, on the other hand, are going through a treacherous run of form that has seen them drop down to 14th in the table, just four points ahead of the drop zone. Bournemouth haven’t won a single game in 2017 (D2 L5), with their last fixture ending in a 2-1 defeat at West Bromwich Albion last Saturday.

Jose Mourinho has fewer injury problems to deal with by the week, and the Manchester United boss is expected to have a fully fit squad at his disposal for the visit of Bournemouth on Saturday. That is because both Phil Jones and Henrikh Mkhitaryan are likely to be available for selection.

Jones has fully recovered from the foot injury he sustained in the Premier League match against Hull City in February, and after missing more than a month of action he returned to training this week. However, it is unlikely that he will be drafted straight back into the starting lineup, with Mourinho likely to proceed with caution with the English centre-back.

It would mean that Chris Smalling and Eric Bailly are expected to continue at the heart of the Manchester United defence. Meanwhile, Mourinho has confirmed that left-back Luke Shaw will feature on Saturday and the Englishman could start the match, with Antonio Valencia lining up as right-back.

Mkhitaryan is back after a discomfort in his hamstring ruled him out of the EFL Cup final last weekend. However, the Armenian too is expected to start from the bench, meaning Juan Mata and Anthony Martial should start on Saturday. Michael Carrick is expected to make a first start since early February as well. 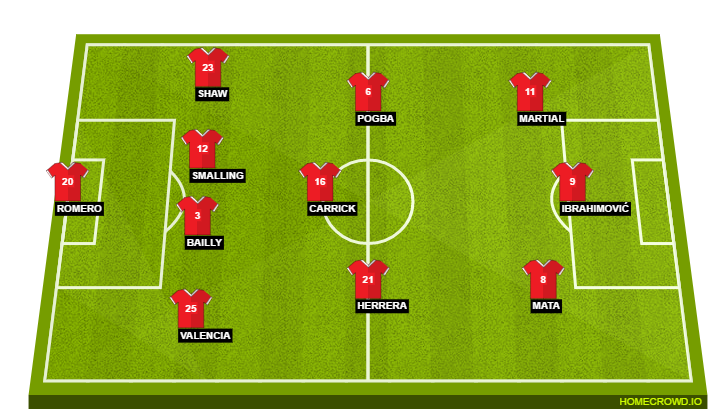 Bournemouth are not only struggling on the pitch but also the treatment room, with as many as four players unavailable for selection in Eddie Howe’s side on Saturday.

Captain Simon Francis continues to remain absent as he is recovering from the hamstring injury he sustained against Everton last month. In his absence, Adam Smith will continue as the right-back in the back four alongside Steve Cook, Tyrone Mings and Charlie Daniels.

In midfield, Jordan Ibe has still not returned to action, and is a doubt due to a knee injury. Meanwhile, Adam Federici and Callum Wilson (both knee) are long-term absentees from the Bournemouth squad.

On-loan Arsenal midfielder Jack Wilshere is expected to shake off a knock to start against Manchester United on Saturday. Other than these, Howe will need to take a decision on the focal point of his team’s attack, with both Josh Kings and Benik Afobe pushing for a start. 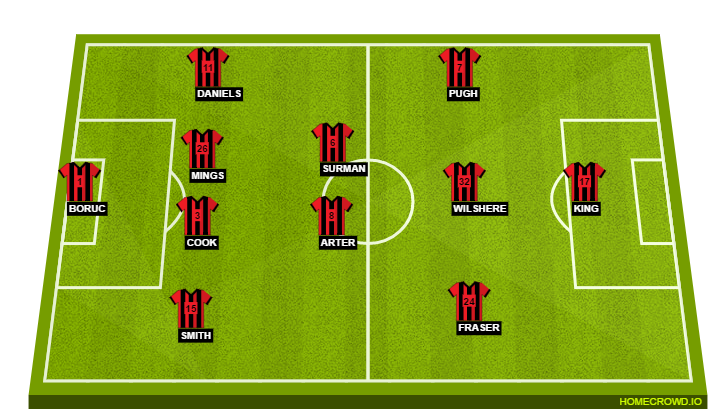 This is a match that looks straightforward on paper, and taking all things into account a Manchester United win is the likeliest of all the possible outcomes when they host Bournemouth on Saturday.

Indeed, the Red Devils haven’t lost a single league game in more than four months now, and after early jitters they have been nothing short of formidable at home. Their recent defensive record at Old Trafford is phenomenal too, with Jose Mourinho’s side conceding just one goal in 2017 – that being a penalty to Liverpool.

Bournemouth, meanwhile, have not managed a single win since the last day of 2016, when they routed Swansea City 3-0. Things have changed dramatically since then, and the Cherries currently lie periliously close to the relegation zone.

The match at Old Trafford doesn’t make things any easier for Eddie Howe’s side and it is widely expected that their recent struggles will continue on Saturday. We predict a simple win for Manchester United as well – a 2-0 win for Jose Mourinho’s side.