Pep Guardiola will be looking for a much better performance from the one his players put in during City’s goalless draw against Championship side Huddersfield Town in the FA Cup fifth round on Saturday.

Leonardo Jardim’s side have been in irresistible form this season and have scored a hugely impressive 76 goals in 26 games to move them to the top of Ligue 1, as they look to break PSG’s dominance on the league.

City on the other hand have been hot and cold this season but have been in good form in recent weeks, winning 4 of their last 5 games with the only draw coming during their FA Cup tie against Huddersfield.

Monaco have also been in brilliant form as well and are currently on a 12-match unbeaten run across all competitions, winning 10 of those fixtures and drawing two. Pep Guardiola’s side definitely have a big test on their hands tomorrow night and will not be able to afford any slip-ups.

They cannot go to the Stade Louis II on March 15 needing a win to advance, as Monaco have won 13 of their last 14 home games in all competitions. They will also need to ensure they don’t concede cheap goals as away goals are absolutely precious in this competition.

Manchester City will be without Vincent Kompany after Pep Guardiola confirmed the Belgian defender would miss the Monaco match although he did state that the injury-plagued defender would be available for their replay against Huddersfield next week.

Gabriel Jesus – who picked up a season-ending metatarsal fracture earlier this month – will also miss the game so Sergio Aguero seems the obvious candidate to lead the line against Monaco tomorrow night.

City do not have any other injury concerns from their match against Huddersfield and will definitely name the strongest side they can as Guardiola looks to take them further in the Champions League this season.

The hosts will probably need to take a lead to with them to the Stade Louis II for the second leg, as Monaco’s home form has been superb this season, which means the Spaniard will set them up to attack and heap pressure on the Monaco defense.

City have been defensively suspect this season and Guardiola will have to ensure that John Stones and Nicholas Otamendi are at their best against a Monaco side that have been playing some fantastic football at times this season. 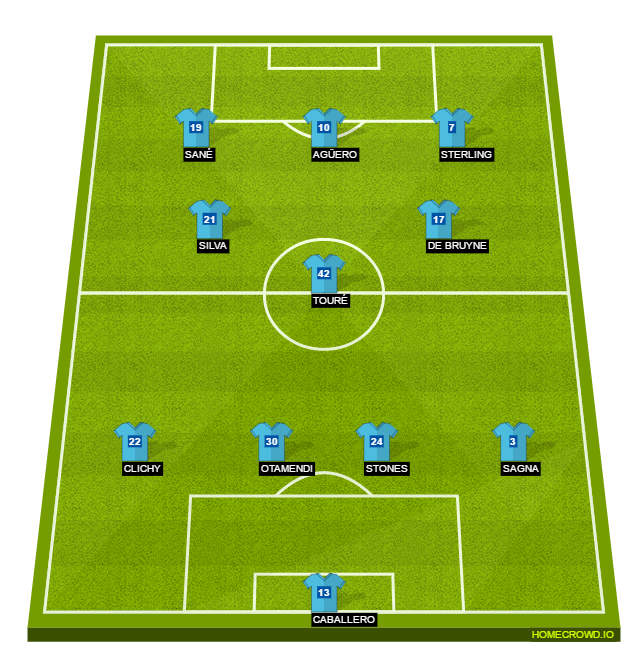 Monaco’s only definite absentee for tomorrow’s match is attacking midfielder Gabriel Boschillia who has been out of action with a cruciate ligament rupture since August. Besides that, Leonardo Jardim has his entire squad to choose from.

Radamel Falcao has been reborn this season in France after two failed loan spells in England with Manchester United and Chelsea. The Colombian international has scored 20 goals in 26 appearances this season, 6 of which have come as a substitute.

Timoue Bakayoko – who is a target for several of the English Premier League’s elite clubs – has been one of Monaco’s standout players this season and will play an important role alongside fellow Premier League elite target Fabinho in breaking up City’s play.

Monaco have been a strong unit this season both in attack as well as defense, and have only conceded 15 goals in 20 Ligue 1 appearances. The French side have shown themselves as a disciplined side under Leonardo Jardim and will definitely be at their best against City.

Monaco have been scintillating at times and will be looking to put pressure on a City defense that Jardim will know has been having big problems this season. Their wingers and full-backs have been running defenses ragged and City will be in for a tough test tomorrow night. 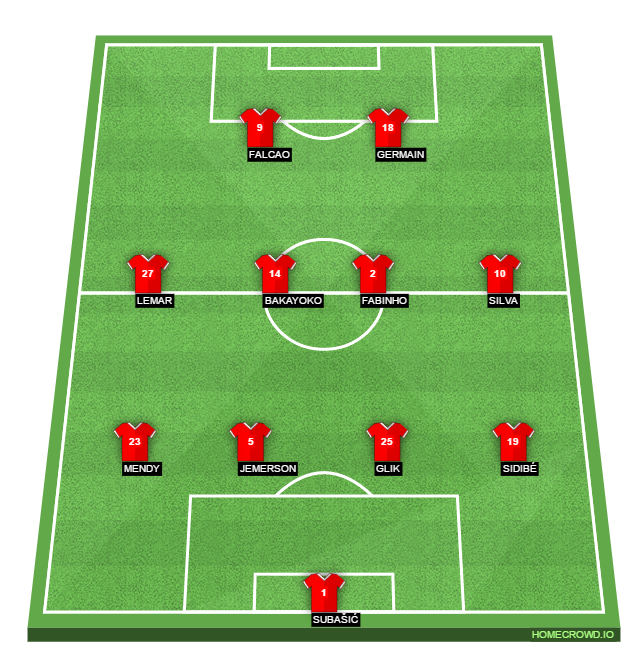 Despite the draw against Huddersfield, City are currently in a good run of form and their attack has been clicking. City will definitely be a test for Leonardo Jardim’s side but they will not have it easy either.

Jardim’s team are well drilled and hard working, and they also have played some brilliant attacking football themselves. They are on fire this season and it seems highly doubtful that City’s porous defense will be able to keep them at bay.