The Gunners have failed to progress from this stage of the competition for the last 6 seasons and face a difficult task against Carlo Ancelotti’s Bayern Munich if they want to change that record tomorrow night.

Arsenal will travel to Germany at a time when they are not at their most confident, having only won one of their last 3 games in the League. The Gunners suffered a huge blow to their title ambitions after losing consecutive matches first to Watford and then to Chelsea. They did manage a 2-0 victory over Hull on Saturday, however.

The Champions League and FA Cup still represent the best chances at silverware for Arsene Wenger who could well be in his last season in charge of the Gunners. Wenger will be hoping for a more solid showing than in recent weeks and will need to get his tactics right for this one.

Bayern Munich do not look like the side that dominated Europe and Germany a few years ago but are still impressive under Carlo Ancelotti. The Bavarians lead the Bundesliga by 7 points currently and have several players in their side who can turn a game in seconds.

Bayern are unbeaten in their last 9 games in the Bundesliga and have won 8 of those games, defeating title challengers RB Leipzig on the way. However, they have not looked as efficient in front of goal in recent weeks and have not scored more than 2 goals in their last 5 matches across all competitions.

But they have shown a defensive resilience that was also missing from the side in the past and have not conceded more than one goal in 12 straight games. Given Arsenal’s recent struggles in front of goal, this will fill Ancelotti with confidence.

Franck Ribery could provide a huge boost to Carlo Ancelotti as he has a chance to return for the fixture against Arsenal. The winger has been nursing a hamstring injury but has returned to training and could play a part tomorrow night.

Xabi Alonso is a doubt for the match after limping out of training with a knee injury on Monday although he could still be fit for the tie, and Jerome Boateng remains sidelined with a shoulder problem. Other than that, Ancelotti has the rest of his squad at his disposal.

Ancelotti will be relying on their recent defensive solidarity to ensure that Bayern don’t give away cheap away goals but given the wealth of talent they have in attack and the fact that they are playing at home, there is no doubt Bayern will try and put the Gunners defence to the sword. 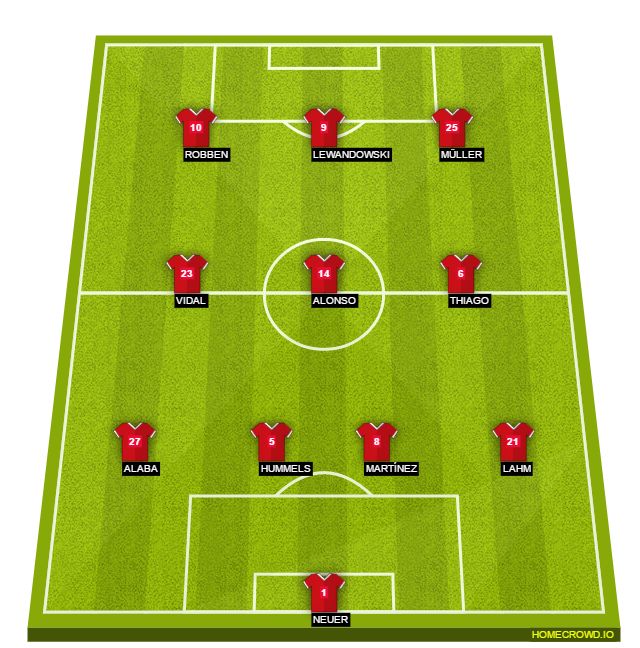 Nacho Monreal will likely be recalled to the starting lineup after being given a rest against Hull City on Saturday. Kieran Gibbs proved an able deputy but Wenger will want as many experienced heads as he can get in defense and Monreal trumps Gibbs there.

Mohamed Elneny was used as a substitute after returning from the African Cup of Nations but it seems likely that Wenger will stick with Francis Coquelin and Alex Oxlade-Chamberlain – who has impressed in that role – in the centre of midfield.

There were rumours that Mesut Ozil would be dropped going into the match but it seems unlikely a player of his quality will be dropped for a match of this magnitude. Petr Cech will likely drop to the bench in favour of David Ospina, who Wenger has used in the Champions League.

The Gunners don’t have any fresh injury concerns from the weekend but Santi Cazorla (ankle) and Aaron Ramsey (Calf) remain sidelined. Granit Xhaka is available for Arsenal after being sent off against Burnley in January but it remains to be seen if Wenger will use him given he has been out of action for a while.

Arsenal will need to be at their defensive best against a Bayern Munich side that will heap pressure on them but Arsene Wenger is notorious for setting up his teams to play positive football when they should focus on defensive duties instead.

The Gunners will face a tough time in the middle of the park and will need players to drop deep and help out throughout the match but Wenger will be hoping to utilise their counter-attacking prowess to score a precious away goal. 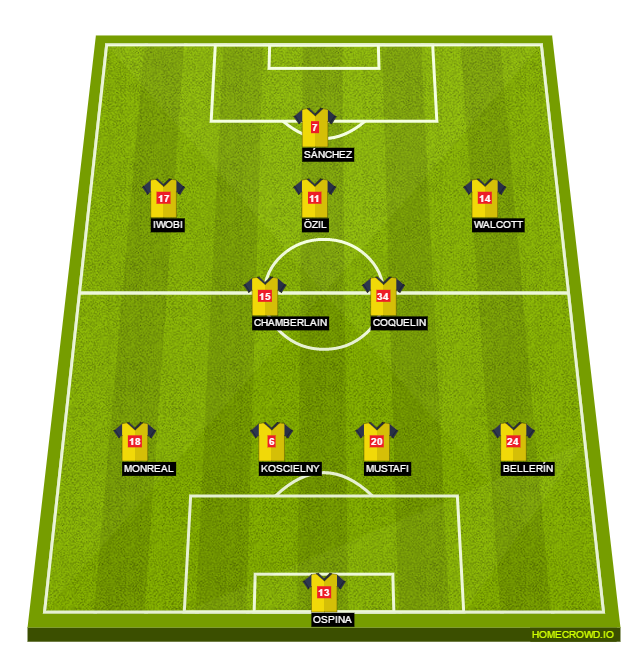 It remains to be seen if the Gunners have learnt from their past mistakes against the Bavarians but Arsene Wenger will have definitely tried to rectify the Gunners recent issues going into such an important fixture.

Bayern will simply be too strong at home for Arsenal to overcome but with Alexis Sanchez back to scoring over the weekend there is a good chance they can pick up a precious away goal. Bayern have also shown themselves to be susceptible to counters this season and the pace Arsenal have up front could play a part.

Regardless of the away goals, Bayern are the overwhelming favourites going into this tie and should show exactly why at the Allianz Arena tomorrow night. Arsenal will just be hoping that the tie isn’t over before the second leg, as has been the case in their previous meetings.