With the Copa Del Rey out of the way, Real Madrid can now focus on establishing clear daylight  at the top in the La Liga as they visit Osasuna on Saturday.

Barring a tumultous January week when Real Madrid were dealt a double blow in the form of a Copa Del Rey exit and league defeats, there has been little stopping the Los Blancos’ title charge.

Its just been a year since Zinedine Zidane has taken over the job and he is already delivered on an 11th Champions League crown, FIFA Club World Cup and is now set to bring home a La Liga title that has eluded them since the 2011-12 season.

Osasuna have never been troublesome opponents for Real Madrid at home in the past with Cristiano Ronaldo & co often make light weight of the Spanish minnows. But things have been a lot different on the road for Los Blancos having endured a harder time securing results at Pamplona.

However, with Osasuna sitting rock bottom in 20th place having only managed to secure one victory out of their 21 outings this season, Zidane’s side are once again firm favourites to take this tie.

The hosts can only look to Real Madrid’s dodgy record at Pamplona as inspiration for Saturday’s encounter as quite nothing about their form can possibly intimidate a Real Madrid side who up until the loss to Sevilla last month were on an unprecedented 40-match unbeaten run.

Real Madrid have only managed one victory out of six outings to El Hadar with three draws and two defeats marking the remaining visits. The odds are stacked up against new boss Peter Vasiljevic’s who was recently appointed as head coach and is still looking for a league win.

With their last victory coming in October, it’s unlikely that duck is set to be broken against the most dangerous team in the league at the moment but the relegation favourites have shown signs of progress under their new boss. Not enough however, to convince us into betting in favour of an upset at the Pamplona.

Their injury list brings little solace as Javier Flano, Miguel Flano, Didier Digard and Nauzet Perez all continue to be sidelined owing to long-term injuries. Mario Fernandez is a doubt after missing out on the 3-2 loss to Real Sociedad last weekend. 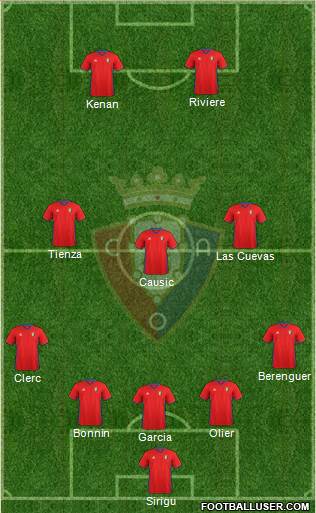 The last time Real emerged victorious away at Osasuna, they went on to win the La Liga title in the 2011-12 season. It’ll be fitting that they do so once again on Saturday given the current scheme of things.

Zidane will have one eye on Wednesday’s Champions League visit of Napoli but it’s unlikely he’ll make wholesale changes to the starting XI against Osasuna in light of that.

Los Blancos owing to last week’s fixture being postponed have had two complete weeks off and yet sit one point clear off Barcelona at the top of the table with two games in hand. The break has allowed Luka Modric and Dani Carvajal to return to full fitness in time ahead of the Champions League.

Toni Kroos serves his one match suspension having picked up five yellow cards for the season. The likes of Modric could be saved for the Champions League tie in favour of a start for James Rodriguez who returned to training with the first-team regulars on Friday.

Gareth Bale remains out of the reckoning although Zidane will hope the Welshman can return in time for Wednesday’s clash and will pin his hopes of Lucas Vasquez once again to fill in at Pamplona. 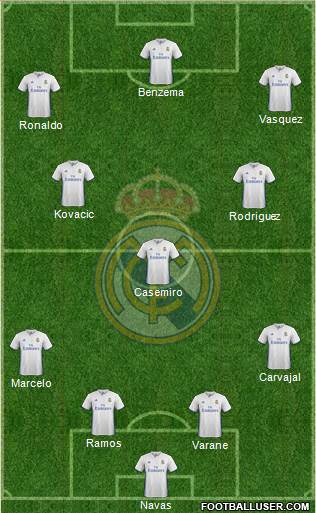 The Portuguese forward has always liked scoring against Osasuna notching up eight goals in his last six encounters against the side from Pamplona. He was instrumental his side’s 5-1 destruction of their Saturday opponents when he scored two and assisted two others.

Zidane will hope for a similar result on Saturday as he looks to establish clear day-light between them and Barcelona.

In all honesty, Osasuna don’t look half as good as the sides that managed to cause Real Madrid much trouble at El Hadar over the years but with Peter Vasiljevic showing a marked improvement in the side since his arrival, you can be forgiven to think an upset is on the cards.

But with Osasuna’s lengthy injury list, Real Madrid’s run of form, it’s quite difficult to foresee anything other than a comprehensive victory for Zidane’s side as they continue their march towards the La Liga title.