The Gunners have seen their title challenge fizzle out over the past week thanks to a disappointing 2-1 loss to Watford followed by a crushing 3-1 defeat to Chelsea. Arsenal have only won 2 games out of their last 5 in the league, drawing against Bournemouth and losing two.

Their poor form has seen them drop from second to fourth in the table and they are now 12 points behind league leaders Chelsea. They are also now facing pressure from the teams below them as they are only one point ahead of Liverpool and two points ahead of Manchester United.

Hull City have looked rejuvenated under Marco Silva and managed to hold Manchester United to a draw thanks to Elden Jakupovic’s heroics. They then followed that up with an impressive 2-0 victory over Liverpool and will be looking to continue their fine form against the top sides going into this fixture.

Hull are battling relegation but their form since Silva took charge has seen them close to gap to Swansea to just one point. Silva will have his side fired up for this one as Arsenal’s current form means they are there for the taking.

The biggest doubt going into the game is whether or not Hector Bellerin will start. Bellerin was recalled to the starting line-up against Chelsea but had to be withdrawn in the opening stages of the game after taking a horrific elbow to the head from Marcos Alonso, who scored Chelsea’s opening goal in the process.

Bellerin is said to be recovering well but was visibly concussed and had to be substituted. Gabriel deputised in his absence and will be the man to do so again should Wenger choose not to risk Bellerin.

Arsenal are still without Aaron Ramsey (calf) and Santi Cazorla (Achilles), although Mohamed Elneny is returning after defeat in the Africa Cup of Nations final with Egypt. Granit Xhaka is still suspended.

This means that Alex Oxlade-Chamberlain – who himself appeared to be struggling with an injury in the game against Chelsea but recovered – will start alongside Francis Coquelin in Arsenal’s midfield.

There have been a few reports that Petr Cech could be dropped against Hull in favour of Ospina. The goalkeeper has come in for some criticism after his recent performances and was given backing by Arsenal legend David Seaman. It seems unlikely he will be dropped, however, and he is expected to start the match.

Olivier Giroud dropped to the bench against Chelsea and will likely do so again as Wenger looks to turn his team’s form around. Giroud has been very effective off the bench this season and Wenger will be looking to utilise him in the same manner against Hull City.

Arsenal look like a side devoid of confidence at the moment and will be looking to start this one cautiously. The Gunners conceded 2 early goals to Watford and looked completely unconvincing in defense against Chelsea so they will have to make sure they do not give Hull an early lead either. 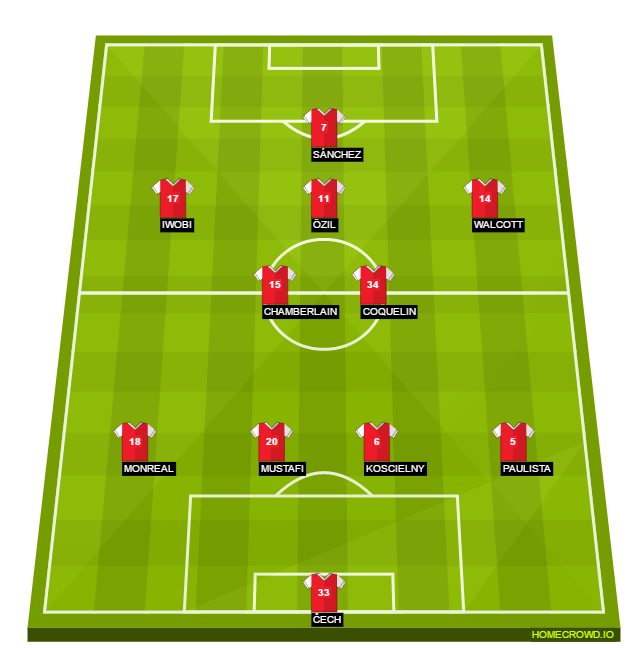 Michael Dawson is a major doubt for the match after injuring his calf muscle in the warm-up to the victory against Liverpool. The Hull City captain will be a big miss but the Tigers showed they can cope without him after an impressive performance against the Reds.

Dawson will join fellow centre-back Curtis Davies (hamstring) on the sidelines, but Andrea Ranocchia – who is on loan from Inter Milan – will have another chance to impress following a fine display against Liverpool. Abel Hernandez has also been ruled out for up to four weeks with a hamstring injury.

Ryan Mason remains out with a skull fracture after his horrific clash with Gary Cahill, while Markus Henriksen (shoulder), Will Keane (ACL) and Moses Odubajo (patella) are all still sidelined leaving Silva with a bit of a crisis.

Hull have been a different side under Silva who has drilled them into a disciplined, compact unit. They will be looking to soak in the pressure against Arsenal and hit them on the counter, as that tactic worked wonders against Liverpool.

Tom Huddlestone will have to play an important part in these counters as his ability and range of passing are crucial to Hull’s quick transitions. Silva will also be hoping centre back Harry Maguire continues to show the fine form he has been over the past few weeks. 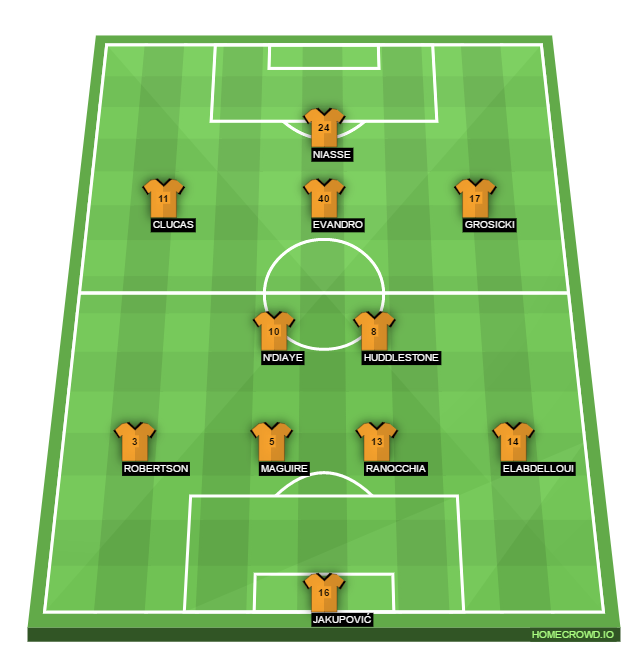 Arsenal need a result and will be fired up for this fixture. The Gunners still look frail considering their midfield is in tatters and their defence has looked shaky over the past few fixtures so Hull will definitely cause them problems.

Silva has been able to organise Hull’s defense quite impressively so the Gunners will have a task on their hands when it comes to unlocking it but given their current form and the pressure they are under, you can expect them to give it their all.