Barcelona will look to seal a place in the semifinals of the Copa Del Rey when they host Real Sociedad in the quarterfinal second leg on Thursday night.

Clinching the semifinal spot in the Copa Del Rey will be on the minds of Luis Enrique and Eusebio Sacristan when Barcelona host Real Sociedad at Camp Nou on Thursday night in the second leg of the quarterfinal of the King’s Cup.

The first leg last week saw Barcelona finally end their infamous Anoeta curse as the Blaugrana beat Real Sociedad 1-0 in what was a closely fought affair. Neymar bagged the difference making goal of the tie as he converted from the spot after winning the penalty in the second half.

Luis Enrique’s side have turned their form, and their fortunes, with the turn of the year and are currently enjoying their best run all season, with four wins in a row in all competitions. They come into this game on the back of an emphatic 4-0 win at in-form Eibar on the weekend.

Meanwhile, La Real have blown hot and cold in 2017, having failed to build a winning momentum and following one victory with a disappointing result in the next game. They come into this game on the back of a win, though, having narrowly beaten Celta Vigo 1-0 at the Anoeta last Sunday.

The Hard Tackle takes a closer look at what promises to be a hard fought encounter at Camp Nou on Thursday.

Luis Enrique does not have many injury concerns to deal with, but he does have one big crisis on his hands with three of his regular midfield players out with mid-to-long term injuries.

Club captain Andres Iniesta (calf), Sergio Busquets (ankle) and Rafinha Alcantara (hamstring) are all absent due to their respective injuries and none of the midfielders will be available for selection in the foreseeable future.

The absence of Busquets, in particular, is a huge blow for Enrique and the Barcelona boss will be sweating over a suitable replacement for the Spain international in defensive midfield. He might have to turn to Ivan Rakitic, who deputised superbly for Busquets after the Spaniard’s substitution early on against Eibar.

Other than the midfield absentees, though, Barcelona will be taking the field with a full strength side, with the famed MSN trio set to start in attack. Gerard Pique could also make a return after sitting out at the Ipurua on the weekend. 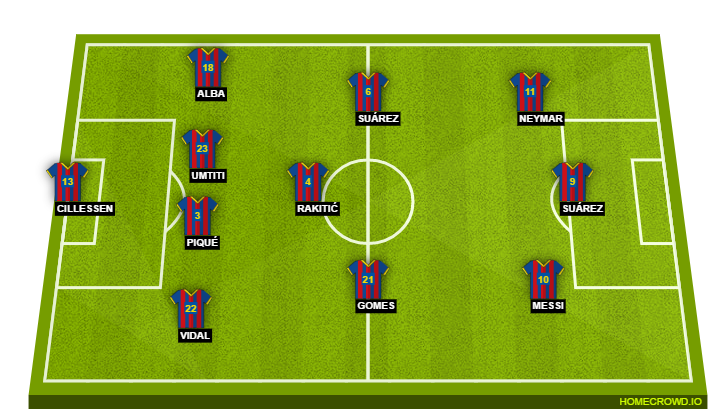 Eusebio Sacristan, on the other hand, is not so lucky with team news, with as many five players missing for Real Sociedad due to suspension and various injuries to their players.

At the back, centre-back Miguel Gonzales (hamstring) and right-back Carlos Martinez (ruptured cruciate ligament) both out with long term injuries. Meanwhile, there are two absentees in midfield as well with Asier Illarramendi out suspended, while Markel Bargara is nursing an ankle injury.

Forward Imanol Argirretxe is the final player unavailable for Sacristan, with a knee injury that has put him out of action for nearly a year now.

While the injury absentees do present a cause for concern for the Real Sociedad manager, he will want the likes of Juanmi, Jose and Carlos Vela to put pressure on the now susceptible Barcelona defence and try and overturn the one-goal deficit from the first leg. 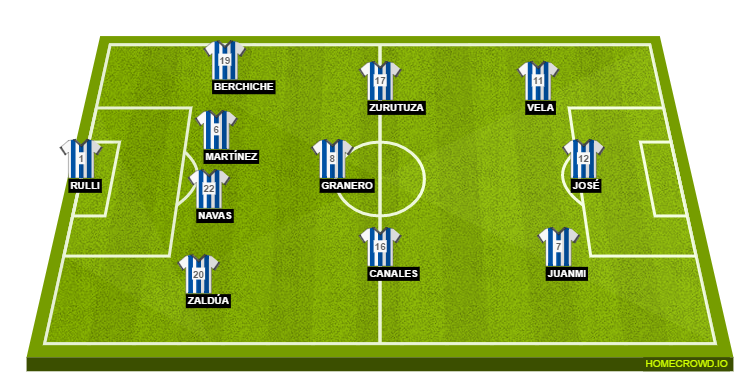 Barcelona seem to have one foot into the semifinals of the Copa Del Rey after their crucial 1-0 win at San Sebastian last week. Anything other than a loss on Sunday would mean progression to the Last 4 of the competition for the seventh straight year.

Barcelona, though, are slightly vulnerable with the absence of Sergio Busquets, which makes their defence susceptible to quick counter attacks. The attacking trio of Lionel Messi, Luis Suarez and Neymar will have to pull their weight and carry their team into the next stage of the competition.

Real Sociedad’s recent record at Camp Nou does not make for good reading, and getting a win seems highly unlikely for La Real. We predict another closely fought match on Thursday, with Barcelona clinching it by the odd goal.