Real Madrid will look to overturn a one-goal deficit from the first leg when they head to Estadio de Balaidos to take on Celta Vigo on Wednesday night.

A place in the semi-finals of the Copa Del Rey will be clinched on Wednesday night when Celta Vigo host Real Madrid in the second leg of the quarterfinals at the Estadio de Balaidos.

The first leg saw Eduardo Berizzo’s inflict a shock 2-1 defeat to Real Madrid at the Santiago Bernabeu last week, as Zinedine Zidane’s side succumbed to their second consecutive loss, having previously embarked on a record-breaking 40-match unbeaten run.

The hosts come into this match on the back of a narrow 1-0 defeat at the hands of Real Sociedad at the Anoeta Stadium on Sunday. Meanwhile, the visitors Real Madrid returned to winning ways last weekend with a close 2-1 victory over Malaga, thanks to a brace from captain Sergio Ramos.

The Hard Tackle takes a closer look at what is set to be one of the most crucial matches of the season for Real Madrid.

Celta Vigo manager Eduardo Berizzo will not be pegged back by a lack of personnel on Thursday, as he has a near full strength squad at his disposal, with just three absentees due to injuries and suspension.

Regular first team forward Claudio Beauvue has an achilles tendon rupture which has caused him to miss more nine months of action, and the winger is still some way off returning to action. Meanwhile, goalkeeper Ruben Blanco is missing with a muscular problem, while Pablo Hernandez is suspended.

Berizzo rested a number of his first team regulars, including the likes of influential attackers Daniel Wass, Iago Aspas and John Guidetti, for the match at Real Sociedad on Sunday, which would indicate that he is planning to use them in the key game against Real Madrid.

He must do exactly that on Thursday to produce one of the biggest and unlikeliest shocks of the season, as they look to overcome the Spanish heavyweights, where even a single goal could prove to be the death knell for their illustrious opponents. 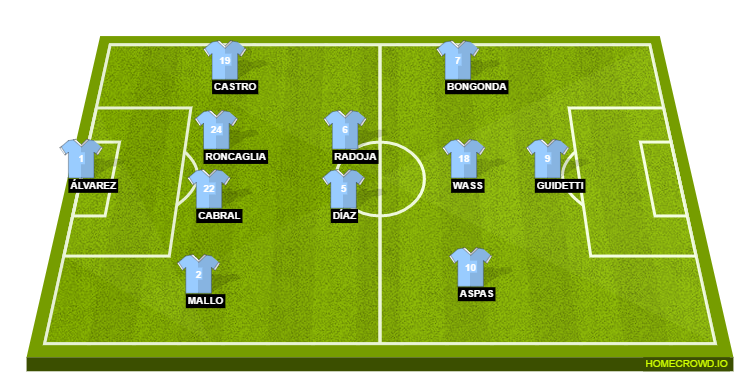 Real Madrid boss Zinedine Zidane is not quite as lucky as his Celta Vigo counterpart when it comes to absentees, with as many as seven first team regulars unavailable due to various short-to-long term injuries.

The goalscorer from last week’s first leg Marcelo and Luka Modric are the latest to join the treatment table for Real Madrid. The Brazilian left-back is set to miss the next one month of action after picking up a hamstring injury, while Luka Modric will be absent for Wednesday’s trip due to a thigh strain.

Marcelo has joined Pepe (calf) and Dani Carvajal (hamstring) on the sidelines, leaving Zidane with slim pickings at the back.

Meanwhile James Rodriguez, who missed the last four games with a strain on his left calf has now picked up a strain in the right calf and he is set to spend the next two to three weeks on the sidelines. Gareth Bale will be back in March from his ankle injury.

The injury problems notwithstanding, expect Zidane to pick his strongest possible eleven, with nothing but at least a two-goal win sufficing. So, the likes of Karim Benzema, Sergio Ramos, Toni Kroos and Cristiano Ronaldo – despite his recent struggles – should start against Celta. 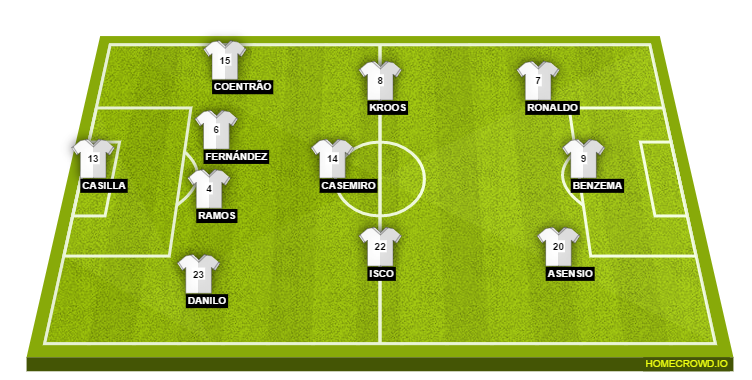 Real Madrid haven’t looked at their marauding best in 2017, and their recent form would indicate that there is cause for concern for Zinedine Zidane. Los Blancos have won just one of their last four games, and they looked far from their best in the 2-1 win over Malaga on the weekend.

The two losses to Sevilla and Celta Vigo in the last two weeks have shown that there is softness to this Real Madrid side that is vulnerable to be prowled on by the opposition attacks. The injuries to key defensive figures like Pepe, Marcelo and Dani Carvajal only makes matters worse, and they could again be susceptible at the back on Wednesday.

Celta Vigo, in their wins over Barcelona and Real Madrid in particular this season, have shown that they have the quality to beat the best of sides on their day. If they manage to frustrate the illustrious Real Madrid attack for longer periods on Wednesday, they could be expected to do some damage.

This will not be an easy ride for Real Madrid on Wednesday, and as they look to win by at least a two-goal margin they will also need to guard against the Celta Vigo attack. On the other side of the pitch, it’s high time Cristiano Ronaldo stepped up and led his side to a big win.

This should be another closely fought encounter, and we predict a win for Real Madrid by the odd goal.