After two draws in the league, it’s about time Jurgen Klopp’s Liverpool picked up a win in the Premier League. With bottom-of-the-table Swansea City visiting Anfield on Saturday, nothing short of a victory will be expected off the Merseysiders.

Since the last time these two sides met, Swansea have changed two managers while Liverpool have more or less remained in the mix for the top 4. But as it stands, with Chelsea comfortably occupying top spot, there is cut-throat competition for the remaining places.

And with Liverpool still harbouring dreams of a title challenge, a win against the Swans will be paramount to making their encounter against Chelsea on 31st count. The Blues are running away with the title at the moment and the Reds are being tipped by many as the favourites to stop the Londoners, should it even be possible.

On paper, it should be a victory straight away for Liverpool, but if the Reds had kept it that easy, they would have been cruising ahead in the league at the moment. Their primary concern has been dispatching the small teams this season and Klopp will hope his side change that in 2017.

Philippe Coutinho returned to the first-team fold from injury against Plymouth Argyle and is expected to start against Swansea.

There was a lot of ambiguity surrounding the participation of Joel Matip last week against Manchester United owing to the truce between him and Cameroon FA over his non-participation at the AFCON.

However, FIFA’s resolution late on Friday night meant Matip was cleared to appear for the Reds against Swansea and is expected to walk straight into the line-up ahead of Ragnar Klavan.

Sadio Mane’s absence on the wing could mean Lallana joins Firmino and Coutinho in attack with Jordan Henderson, Georginio Wijnaldum and Emre Can completing the midfield trio.

Clyne was rested from the Reds clash against Manchester United owing to injury and is set to come back and take his customary spot in right-back accompanied by Ragnar Klavan, Dejan Lovren and James Milner in defence.

After an impressive performance at Old Trafford, it’s likely Klopp will stick with Simon Mignolet in goal. Apart from Matip’s case with FIFA, there are no forced absentees or suspensions to worry about for Liverpool.

After failing to register a goal in their last two outings with the Reds, it’s unlikely either of Daniel Sturridge or Divock Origi will get a start on Saturday. 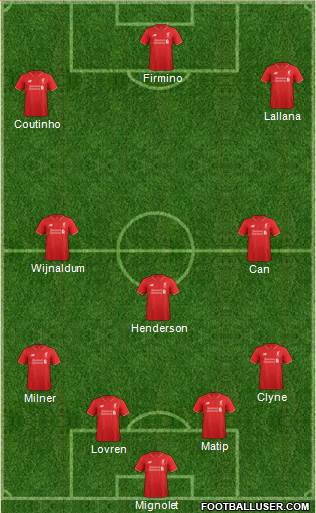 It’s just been a week in the job for Paul Clement but it’s already appearing a huge task for him to save Swansea from the clutches of relegation.

Fresh from being dished out a thrashing at the hands of Arsenal at home, Clement’s side have to now face Liverpool at Anfield and must somehow try to gather their first win ever at Anfield and a first since in all competitions since 2012, when they won a league cup encounter.

Last time around, Francesco Guidolin’s side put out quite the fight before a James Milner penalty sealed the affair for Liverpool.

The loss effectively cost Guidolin his job and while there is no risk to Clement’s place this time around, his side could use some much needed motivation and inspiration from an unlikely result at Anfield.

Swansea new boys Martin Olsson and Tom Carroll are available for the Premier League trip to Liverpool. But Luciano Narsingh’s debut is set to be delayed again as the Dutch winger has yet to recover from a calf problem.

Leon Britton could also miss out with an unspecified injury, while Neil Taylor is absent once more with a fractured cheekbone. 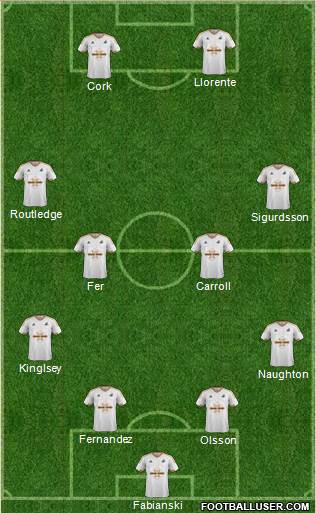 It’ll be hard not to focus on the man who’s making his first Premier League start in over two months. His presence once more could help Roberto Firmino find his mojo back and that is something that’ll work wonders for the Reds. They may be missing the services of Sadio Mane but Klopp will be banking on the creative brain of Coutinho to ensure his team doesn’t miss the Senegalese forward too much.

This is a really easy one to predict but a real tough one in terms of betting markets. Swansea could just respond in terrific fashion to the Arsenal drubbing or they could completely shut themselves down. But, looking at their performance against Arsenal, the former one looks more viable.

Paul Clement has them playing a bit like the Swansea of old and with Liverpool’s roster issues, this fixture could just be the perfect one to kickstart the Swans’ battle for survival. The underdog bet favouring Swansea is just a pure intuition based on their style of play against Arsenal.

The Reds have earned a reputation for making a meal out of games where they are expected to finish off their opponents and come away with the result. They are yet to put out a confident and assertive performance since the turn of the year but the return of Coutinho should hopefully change that for Klopp’s team.

Swansea are a team with deep troubles and they have shown the ability to contain this Liverpool side although it remains to be seen whether they can do it on a noisy afternoon at Anfield.