Barcelona have rediscovered their form in their last two matches, first with a convincing 3-1 victory over Athletic Bilbao in the Copa del Rey and then with an absolutely devastating display against Las Palmas in the La Liga last week which saw them run out 5-0 victors.

Lionel Messi – who has hinted at a new contract with Barca earlier this week – has been in brilliant form for the Catalans, scoring 3 free-kicks in a row before the streak ended against Las Palmas – although he did still get on the score sheet. However, Barcelona have not beaten Sociedad in their last 9 visits to the Anoeta stadium and will be hoping to break that streak.

Sociedad have been impressive in the Copa del Rey this season, dumping Villarreal out of the cup with a 4-2 aggregate scoreline. However, their La Liga form has been patchy at best and they will be hoping to recreate the performance against the Yellow Submarine.

Sociedad are riddled with injuries and manager Eusebio Sacristan has a tough task on his hands. Carlos Vela is still recovering from a knee injury and it is unlikely that Sacristan will risk the Mexican against Barca.

The Sociedad manager will likely opt for Juanmi and top scorer Willian Jose up front as a result, with Oyarzabal completing the trio. Meanwhile, Carlos Martinez, Mikel Gonzalez, Markel Bergara and Imanol Agirretxe are all sidelined for Sociedad, leaving Sacristan with a bit of a crisis in defense.

Sociedad are a very strong team at home, and will be full of confidence with the home support behind them. Sacristan will be looking to stay compact and repel Barcelona attacks before hitting them on the counter, as Barcelona have shown a weakness on that front this season. 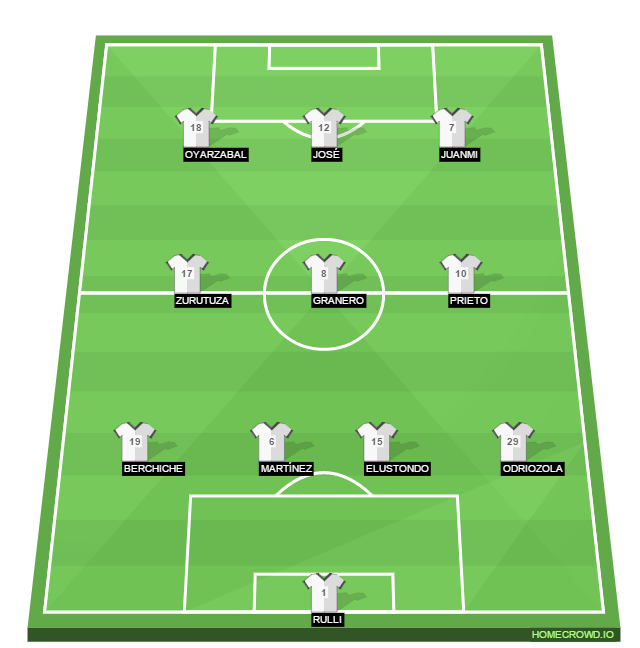 Rafa Alcantara is the only doubt for the game. Other than the midfielder, Luis Enrique has his entire squad at his disposal and he will likely name the strongest side he can, as Barcelona are taking the competition very seriously.

Enrique has opted to rest Marc-Andre ter Stegen and use Jasper Cillessen – who recently returned from a spell on the sidelines – in goal instead. Ter Stegen has had a slightly shaky season thus far and will likely appreciate the chance to recoup.

Neymar will also likely be recalled to the first team after sitting out the match against Las Palmas. Gerard Pique, Denis Suarez, Jordi Masip and Sergi Roberto have also returned to the squad and Pique and Roberto will most likely start tonight.

Barcelona will be looking to pick up where they left off against Las Palmas, and dominate the game without allowing Sociedad space to breathe. Enrique’s men will look to start the game in a strong fashion and put the tie to bed early on. 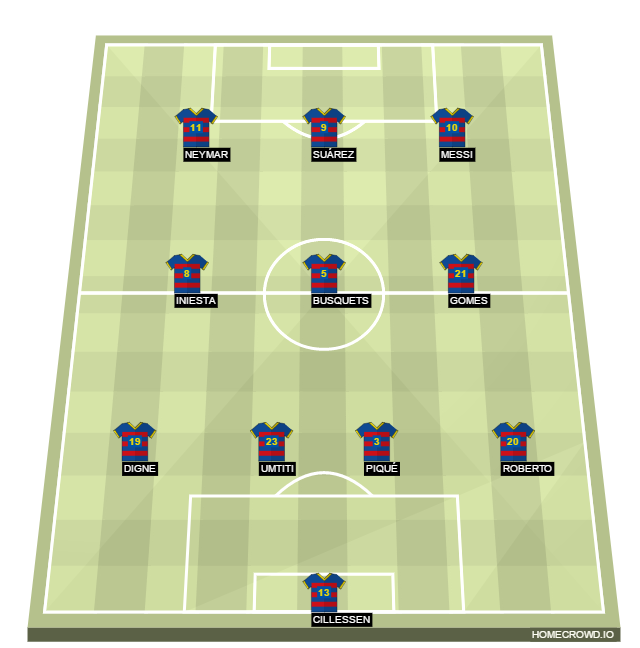 This might be the game in which Barcelona finally break their curse at the Anoeta stadium. Luis Enrique’s men have been enraged by their results this season and have looked like a different side in their last few matches.

They are now full of confidence and fired up for the tie, and given Sociedad’s injury issues, the Catalans may prove too much to handle for Eusebio Sacristan’s side to handle. This will still be a difficult game for Barcelona however, as Sociedad are a very strong side at home.

Despite this, Enrique’s men should be able to overcome their opponents at the Anoeta stadium tonight and set up an interesting return leg.