Real Madrid will look to get one step closer to winning the Copa Del Rey when they host Celta Vigo in the first leg of the quarter-final on Wednesday.

The historic unbeaten run finally ended at 40, as Real Madrid lost a one-goal lead to lose out 2-1 to Sevilla on Sunday. And after visiting the Ramon Sanchez Pizjuan Stadium twice last week, Los Blancos will enjoy home comforts once again, as they look to move on from the disappointment of the weekend’s loss.

Their visitors on Wednesday night Celta Vigo come into this match on the back of a close 1-0 win over La Liga newcomers Alaves, as Nemanja Radoja’s scored in the penultimate minute of regulation time to guide his side to a crucial victory.

Ahead of the Last eight Copa Del Rey tie on Wednesday, the Hard Tackle previews the match.

There are no fresh injury concerns for Real Madrid manager Zinedine Zidane on Wednesday, with Pepe still recuperating from his calf injury, while Gareth Bale has started his rehabilitation post ankle surgery and is likely to make a return in early March.

Meanwhile, Isco and James Rodriguez are also doubtful after the duo missed the game at the Ramon Sanchez Pizjuan Stadium due to some physical discomfort. Zidane is unlikely to risk either of his midfielders on Wednesday and both should sit out the cup tie as well.

The game is likely to see Zinedine Zidane return to his preferred 4-3-3 formation, and as a result Nacho could be back on the bench. The Real Madrid boss is also likely to rest Cristiano Ronaldo and Luka Modric for the tie, giving a chance to fringe players like Mateo Kovacic, Marco Asensio, Lucas Vazquez and Alvaro Morata.

Asensio has impressed in his breakthrough season for Real Madrid, with the high point coming against Sevilla last week as he struck a brilliant individual goal for his side. Morata, on the other hand, has a point to prove after growing frustrated at the lack of opportunities coming his way. 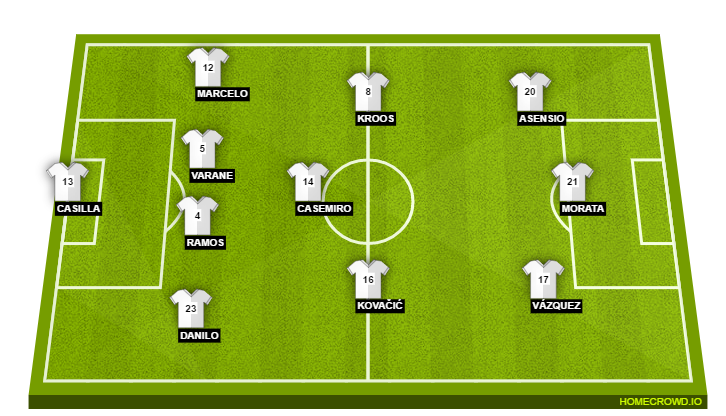 Winger Fabian Orellana was left out of training on 16 January, with Celta Vigo citing “technical reasons” for the omission, and the Chilean is likely to sit out the match against Real Madrid.

Berizzo, though, has to make a decision on whether he wants to rest regular first team forwards Iago Aspas and John Guidetti again after the duo sat out the second leg of the Copa Del Rey encounter against Valencia last week.

The Celta Vigo boss does have on-loan Fiorentina forward Giuseppe Rossi at his service, and the Italian could be chosen if Aspas and Guidetti are chosen to sit out again. However, with a place in the semi-finals up for grabs, it is unlikely that the duo will be given a rest on Wednesday. 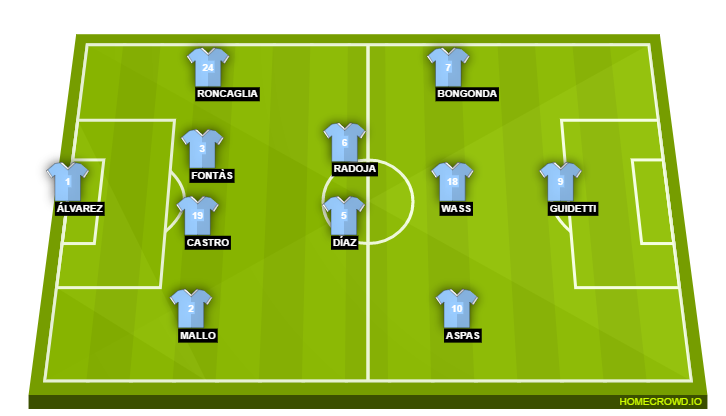 Both Real Madrid and Celta Vigo advanced to the quarter-finals of the Copa Del Rey on the back of huge victories in the Last 16, overcoming Sevilla and Valencia with respective aggregate scores of 6-3 and 6-2 respectively.

The visitors are the in-form team in Spain, having won their last five games in all competitions. However, their hosts are a team that is hurt after their incredibly captivating unbeaten run came to a grinding halt in dramatic fashion on Sunday night.

The Santiago Bernabeu is not a happy hunting ground for Celta though, and the Galician club seldom manages to score goals away to Los Blancos. But one can expect this to be a keenly fought contest, with a lot on the line. We predict a hard fought 2-0 win for Zinedine Zidane’s men.