Liverpool kick-start their FA Cup campaign at home against Plymouth Argyle and will look to maintain the unlikely prospect of a domestic treble.

Jurgen Klopp’s Liverpool have enjoyed a satisfactory campaign so far, keeping themselves in the reckoning for the League Cup as well as the Premier League. On Sunday however, the Reds will kick-start their FA Cup campaign only three days prior to a massive League Cup semi-final against Southampton.

After a disappointing start to the year with a draw against Sunderland, Liverpool will look to return to winning ways with what is expected to be a comfortable outing against a side based in the fourth tier of the English footballing hierarchy.

After playing three games in the space of a week, Jurgen Klopp will be expected to field a lot of fringe players for the cup tie giving the big guns as much rest as possible ahead of massive encounters against Southampton and Manchester United.

The Reds have an incredibly difficult couple of months ahead of them as they face all the teams from the Top 6 over the course of the ensuing 9 league games in addition to their progress in the League Cup. Therefore, the ability to seal victories in games against the likes of Plymouth will go some way in boosting the confidence of the squad.

The boss has stated that he will offer Joe Gomez a start, meaning the England U-19 international will make his first appearance for the Reds in over 14 months and also his first under Klopp. Sadio Mane begins his lengthy absence from the Liverpool squad with his participation in the African Cup of Nations with Senegal.

Philippe Coutinho has only recently returned to training and isn’t expected to play a part on Sunday. So is the case with Joel Matip who chose to avoid participation  in the AFCON with Cameroon.

Both Daniel Sturridge and Divock Origi are available but with an eye on the Southampton game Klopp has chosen to rule out Sturridge from the encounter and could allow Origi to have a run instead.

Apart from Joe Gomez other youngsters like Kevin Stewart, Ben Woodburn, Ovie Ejaria and Trent Alexander Arnold can be expected to feature. 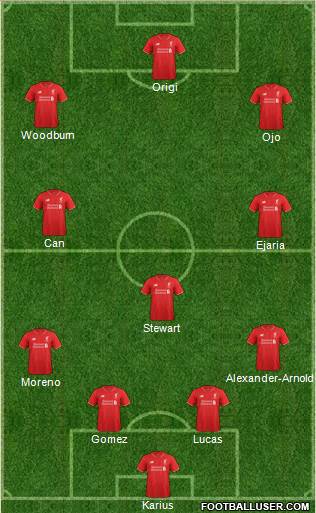 League two high-fliers Plymouth Argyle will have eyes on an upset when they visit Anfield on Sunday and the Pilgrims could most certainly use a positive result in the cup competition to drive their push for promotion this season.

Derek Adams is expected to hand a start to Paul-Arnold Garita despite the striker having issues with his knee. The boss also has Nauvis Bulvitis at his disposal after the defender returned from injury recently and was an unused substitute during the side’s loss against Barnet.

The Pilgrims primarily line-up in a 4-2-3-1 formation with captain Luke McCormick taking the reigns in goal. 33-year-old David Fox brings in Premier League experience into that midfield, playing alongside Graham Carey.

If Plymouth want goals they’re going to have to rely on the trio of attacking players in Craig Tanner, Jake Jervis and Jordan Slew plying their trade behind Garita up top.

The three players have 17 goals and 10 assists between them and will hope to conjure more on a big night at Anfield on Sunday. 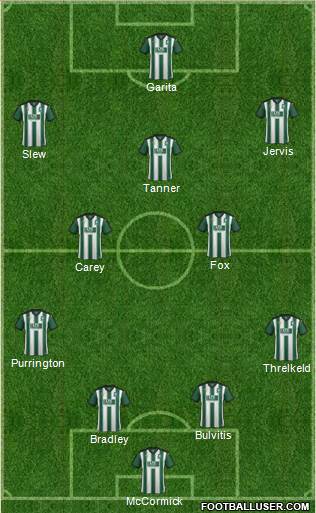 LONDON, ENGLAND – AUGUST 24: Joe Gomez of Liverpool is closed down by Hector Bellerin of Arsenal during the Barclays Premier League match between Arsenal and Liverpool at the Emirates Stadium on August 24, 2015 in London, United Kingdom. (Photo by Julian Finney/Getty Images)

It’s been a 16 month long wait to return to first team action for Joe Gomez and given how he impressed prior to his injury spell, there will be expectations of the England U-20 international. It’ll also be the youngster’s first appearance under Jurgen Klopp, hence a positive performance could go some way into assuring regular opportunities in the league for him.

The game against Plymouth, albeit a fourth tier team, will be a massive test of the Reds’ squad depth and with Klopp seemingly resting a lot of star names for this encounter it remains to be seen how the young guns cope up. That said, quite a few of the names set to feature on Sunday have already played for Liverpool at the highest level and have impressed as well against teams better placed than the Pilgrims. Therefore, a win will be exactly what the doctor ordered going into a big few weeks ahead for the Reds.