Premier League leaders Chelsea travel to White Hart Lane on Wednesday night to take on Tottenham Hotspur, and make it 14 wins in a row.

The first gameweek of 2017 comes to an end with the first marquee clash of the year as Antonio Conte prepares to take his record breaking Chelsea side to North London to face Mauricio Pochettino’s Tottenham, who are hot on the trail of their rivals in the quest for a place in the Top 4.

The visitors’ incredible form is well known to one and all. 13 wins, zero losses and 39 points from a possible 39 since the start of October has seen Chelsea carve out a five points lead at the top of the Premier League table.

Chelsea have captured the imagination with their 13-match winning streak. (Photo by Ian Walton/Getty Images)

The hosts, on the other hand, are rediscovering their form at just the right time, with four wins on the spin since losing to Manchester United last month. With eight goals in their last two encounters, there’s an indication that they have found their goalscoring mojo as well.

A win against the Lillywhites on Wednesday would see them stretch the gap to second placed Liverpool to a daunting eight points. On the flipside, a Spurs victory will mean that teams from second to fifth will be separated by just 3 points.

The Hard Tackle takes a closer look at what promises to be a highly intriguing fixture at White Hart Lane.

Mauricio Pochettino has a near full strength squad at his disposal, with Kyle Walker and Jan Vertonghen available for selection after serving their one match suspension against Watford. As a result, the Tottenham boss has the luxury to select his first choice back four for the first time in a long time.

In addition to the defensive duo, Pochettino will also have Moussa Dembele in his matchday squad after he was rested for the win over the Hornets on Sunday. The Belgian should slot into a packed midfield alongside Victor Wanyama and Eric Dier as the Spurs boss looks to counter the Chelsea juggernaut.

Meanwhile, Argentine winger Erik Lamela is the only injury concern for Tottenham, as he continues to work his way back to fitness after sustaining a hip injury in October. Despite his absence, the form of Christian Eriksen and Dele Alli bodes well for Spurs, and they will provide the attacking impetus for the Harry Kane, who will spearhead the attack. 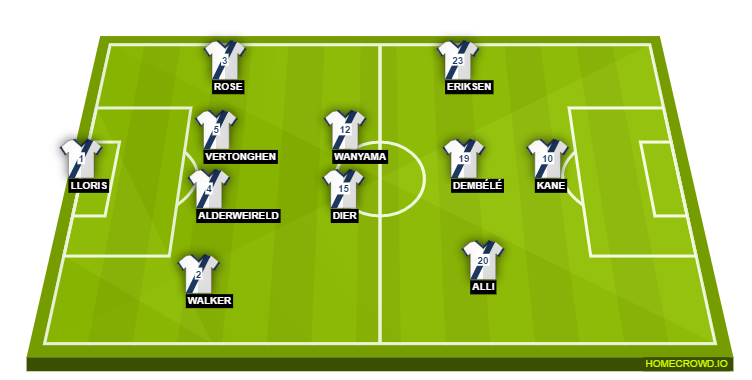 Antonio Conte has no fresh injury concerns on his hands, and like his Spurs counterpart has a full strength matchday squad to choose from. In fact, his attack will be bolstered by the return of Spain international Pedro, who was suspended for the match against Stoke City.

The former Barcelona man is expected to return to the starting lineup straightaway, with Willian likely to make way despite his two-goal heroics on Sunday evening. Nemanja Matic was left on the bench in the 4-2 win over the Potters, and he should return to Conte’s team on Wednesday night as well, lining up alongside the solid N’Golo Kante.

Elsewhere, Conte is expected to continue with the same lineup that has been so effective during the 13-match winning run, with David Luiz, Cesar Azpilicueta and Gary Cahill lining up in the back three, and Eden Hazard and Diego Costa joining Pedro in the electric Chelsea attack. 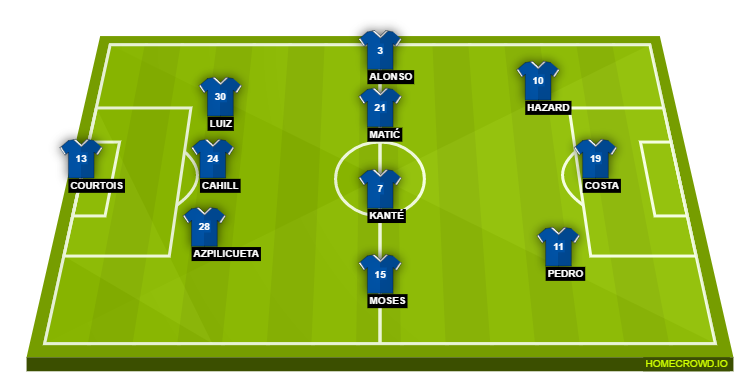 Chelsea are flying at the moment, and their winning run doesn’t seem like ending any soon. Facing Tottenham at White Hart Lane, however, represents the biggest challenge that the Blues have faced during this unbelievable winning run.

Indeed, Pochettino’s side provided Chelsea the toughest challenge during this period, as Conte’s men had to come from behind to eventually win 2-1 at Stamford Bridge in the reverse fixture in November.

Chelsea’s defensive solidity has given way somewhat in recent weeks, and they look more susceptible to conceding a goal than they have in the last three months, which is why Spurs could fancy their chances come Wednesday. We predict another close encounter, with Chelsea winning it by the odd goal.