Pep Guardiola has said his former charge Lionel Messi is on another level from Cristiano Ronaldo. Ronaldo won the Ballon d’Or earlier this month and was praised by his manager Zinedine Zidane, but Guardiola clearly feels that Lionel Messi should have won the award.

“I agree with Luis. Messi is the best, he is definitely the best,” the Manchester City manager told a news conference, according to ESPN. “He knows how to play, score and make the other players play. He is always there.With all the respect to all the players, first to Cristiano Ronaldo– congratulations to him for the award – I think Messi is on another level.”

Guardiola might be biased seeing as he managed Lionel Messi during his time at Barcelona but many feel that Messi is the better player. Zidane similarly feels that Ronaldo is the greatest player in the world, and has said that it is no exaggeration to say that the Portugese forward is the greatest player ever. But this is also clearly a biased opinion.

Fabio Capello has revealed how Roberto Carlos was signed from Inter Milan in a surprisingly easy fashion. Los Blancos signed the Brazilian right back from the Nerazzurri in 1996 after he had grown disillusioned with life under then manger Roy Hodgson. And Capello said that he couldn’t believe that Carlos was going to be sold.

“I couldn’t believe it. I had received some reports saying that he [Carlos] was annoyed with his manager at Inter, Roy Hodgson. Shortly after I arrived at Real, an agent called me to say that Inter were selling Roberto Carlos. I sent a fax, spoke with the president and the next day the deal was done. It could have been the quickest signing in history,” joked the Italian, according to AS.

Carlos would go on to become a Real Madrid legend after 11 hugely successful years with Los Blancos, during which he won 4 La Liga titles and 3 Champions League titles. Carlos amassed 527 appearances for Madrid, during which he scored 68 goals. He holds the Whites’ all-time record for most number of games by a foreigner.

Cristiano Ronaldo – who is well known for his charity efforts – has donated a “generous amount” to aid in Aleppo relief efforts. The Real Madrid and Portugal star’s donation will fund food, clothing and medical care for families in Aleppo and across Syria, Save the Children said.

“This is for the children of Syria,” Ronaldo said, according to the Morning Star. “We know that you have been suffering a lot. I am a very famous player but you are the true heroes. Don’t lose your hope. The world is with you. We care about you. I am with you.”

Aleppo had witnessed four years of horrific fighting between rebels and government forces until Thursday when opposition fighters left, putting the government in full control for the first time since 2012. Save the Children director Nick Finney praised Ronaldo and said that he has provided hope to the children of Aleppo.

“Cristiano Ronaldo’s generous donation will help us to support children from Aleppo and across Syria, who have suffered things children should never have to live through. We are tremendously grateful for his life-changing support. Ronaldo is not only one of the world’s most iconic sports figures, but he also has become a beacon of hope for millions of boys and girls worldwide — and hope is something that Syria’s children need now more than ever.” he said.

Zinedine Zidane named breakthrough manager of the year by UEFA

Zinedine Zidane has been named as the breakthrough manager of the year by UEFA. The Real Madrid legend took Los Blancos all the way to another Champions League trophy in his first season in charge, and has taken them on an unbeaten run that has broken the club record. In a video posted on their official site, UEFA revealed their breakthrough team and picked Zidane as the manager.

The entire team can be seen below. 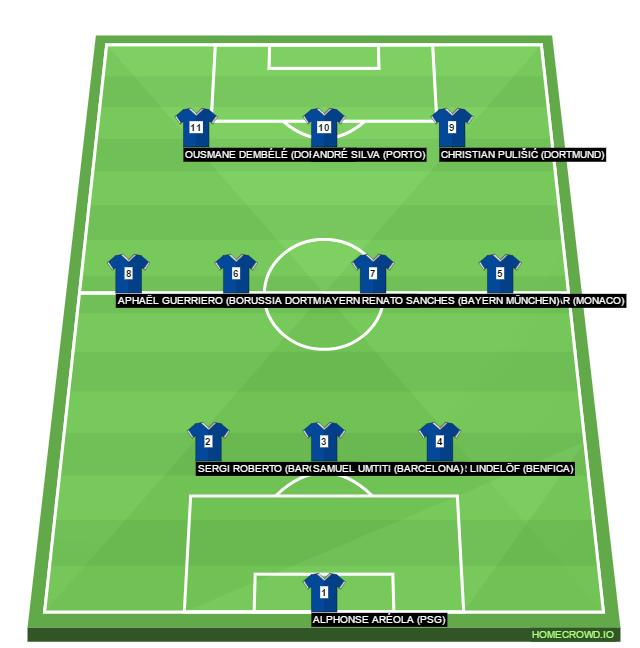