The ultimate prize of the FIFA Club World Cup is at stake on Sunday as Real Madrid lock horns with Asian Champions Kashima Antlers at the Nissan Stadium in Yokohama.

Over the past decade, barring Chelsea’s loss to Brazilian side Corinthians, it has always been a European club that has taken the honours in the FIFA Club World Cup. Real Madrid themselves stand at the cusp of repeating the feat twice should they upstage the challenge put forward to them by the Kashima Antlers.

The Japanese league outfit are the first Asian team to reach this stage of the competition in its history, and as evidenced by their captain’s press conference, they are in it to go the distance. Naomechi Ueda has likened his side to that of crocodiles stealthily attacking their prey. While the implications of the comparison can be left to your judgement, the Antlers’ results in the competition so far prove that Zidane’s side may have to exercise a wee bit of caution going into Saturday’s game, especially when they are playing in their opponent’s backyard.

Los Blancos look primed to continue Europe’s domination in the competition and given the galactic array of stars that adorn their line-up as compared to their Japanese counterparts, it’d be hard not to feel the same way. Zidane’s side will be boosted by the return of star defender Sergio Ramos after the Spaniard was rested for the semi-final tie against Club America where Real emerged 2-0 victors. Pepe, however, is ruled out of tomorrow’s clash as he failed to recover from a minor injury he suffered in training.

Gareth Bale is ruled out due to his lengthy injury lay-off due to a knock to the ankle. The Welshman will not be sorely missed with his replacement Lucas Vasquez doing adequately well to fill into his boots. Zidane will leave no stone un-turned in ensuring his side land their third trophy this year and will name a full strength side going into Sunday’s game.

They are expected to turn up in their usual 4-3-3 formation with Cristiano Ronaldo, Vasquez and Karim Benzema completing the forward line while Brazilian midfielder Casemiro partners Luka Modric and Toni Kroos in centre-midfield. The quartet of Dani Carvajal, Sergio Ramos, Raphael Varane and Marcelo will be tasked with holding that back-line together and protecting Keylor Navas’ goal. 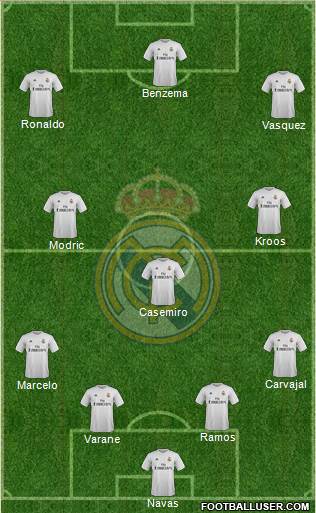 They maybe newbies in this stage of the competition but the Japanese champions have European experience in their ranks to at least show for in paper, if not match up equivalently to their opponents. The likes of Fabrício, Mu Kanazaki and Mitsuo Ogasawara have all plied their trade in Europe at some point of time in their careers over the course of the last decade.

If the Antlers’ semi-final performance was anything to go by, they are known to convert their chances as and when they are offered. Atletico had as many as 25 shots on goal as opposed to Kashima’s ten, only for them to lose by a resounding 3-0 margin. Zidane’s side have occasionally shown this season to take their opponents lightly. While they haven’t yet suffered a major consequence, any slack on Sunday and one can expect them to be duly punished by an inspired Antlers’ outfit.

The boss is expected to maintain a 4-4-2 formation like he did against Nacional in the semi-final. Yuma Suzuki came off the bench and immediately scored a goal and went on celebrate in Cristiano Ronaldo’s style. However, those antics may not win him a place on Sunday as he could be saved for action later on in the final. 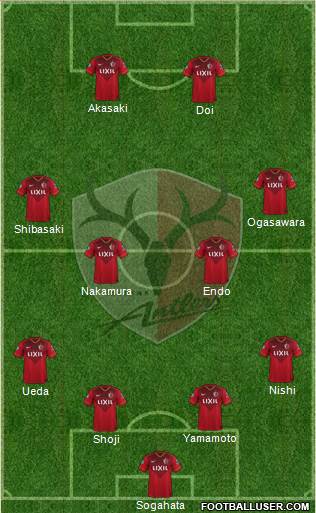 The Portuguese superstar scored his 500th career goal on Thursday in his side’s 2-0 win over Club America and he looks just as hungry and thirsty as ever for goals and accolades. As a result, the big occasion of a Club World Cup final will always have Ronaldo as the poster-boy and more often than not, he has delivered.

There is no questioning the Antlers’ spirit and their ability to test Real to the limit but the sheer gulf in class and quality should be enough for the Champions League winner to overpower the Japanese opponents with ease over the course of the ninety minutes on Sunday.