It’s Matchday 17 and Serie A leaders and defending champions Juventus host second-placed AS Roma on Saturday night, eager to widen the gap on their rivals on top of the table.

Saturday night’s clash at the Juventus Stadium is set to be a classic with the two title rivals of recent years squaring off against each other. Juventus have won three of the six meetings in the last three seasons, with Roma winning two, and the other was a draw. With seven red cards being dished out in as many meetings in recent years, this should be one fiercely competitive meeting.

The hosts Juventus come into this match on the back of a 3-1 Turin Derby win at Torino, with the Biancocelesti coming from a goal down to triumph at the Olimpico di Torino. Luciano Spalletti’s men, too, enter this game with a victory in their previous outing, as they overcame fellow title rivals AC Milan 1-0 at the Stadio Olimpico to maintain the four-point gap and sit outright second over the Rossoneri.

Come Saturday night, Juventus will look to extend their perfect home run this season they try to make it nine wins out of nine at the Juventus Stadium. There are reports that Massimiliano Allegri is considering a switch to a flat back four, with Bosnian midfielder getting to play in the hole with more freedom to create scoring opportunities for his strikers.

On the injury news front, Allegri has just three players out with Dani Alves (fractured tibula), Marko Pjaca (calf) and Leonardo Bonucci (hamstring) nursing their respective injuries. Forward Paulo Dybala is back in the fold after missing since late October with a thigh injury, however he is expected to start this match from the bench.

Allegri should start with a three-man midfield of Stefano Sturaro, Sami Khedira and Claudio Marchisio in order to retain control of the game and provide former Roma man the impetus to play with freedom behind the in-form front two of Mario Mandzukic and Gonzalo Higuain. 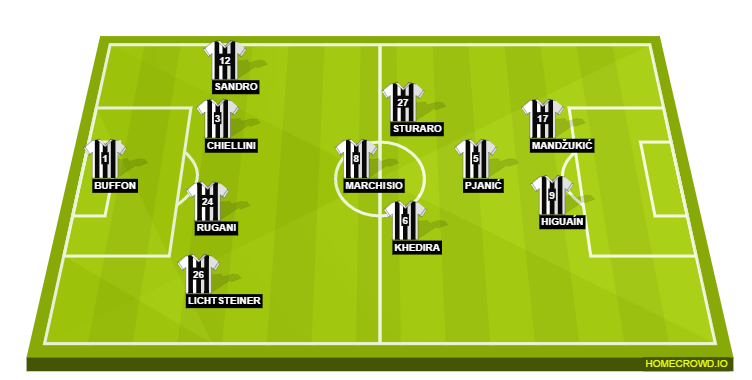 Roma will be looking to overturn a dismal recent record at the Juventus Stadium when they take the field against the champions on Saturday. With wins over Lazio and Milan in their last two games though, confidence is high for the Giallorossi and they have the extra motivation of closing the gap to the top.

Luciano Spalletti, however, has a few of his key figures ruled out of the match, with Bruno Peres and Leandro Paredes both nursing ankle injuries. Central midfielder Alessandro Florenzi is a long-term absentee with the Italy international sidelined with a cruciate ligament rupture. Mohamed Salah has made an early return from an ankle injury and is expected to start from the bench.

In Peres’ absence, Spalletti is also expected to start with a back four with Antonio Rudiger deputising at the right back. The prolific Edin Dzeko is expected to have Stephan El Shaarawy, Diego Perotti and star man Radja Nainggolan for company, as they attempt to break an organised Juventus defence. 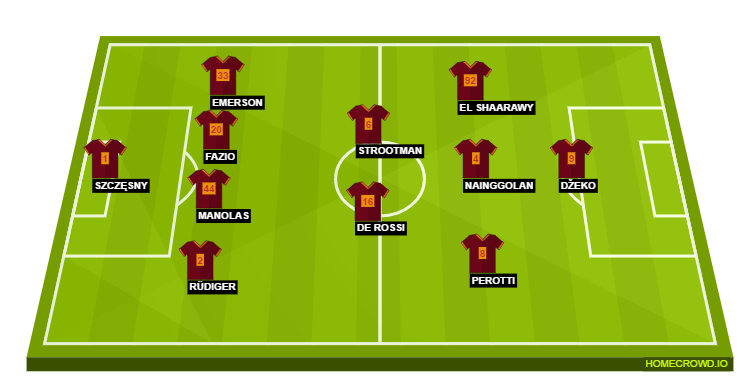 This is the last Matchday before the Christmas break, which only seeks to establish the importance of this fixture for both teams. Should Juventus win, it’ll create a seven-point gap on the top of the table and give Allegri’s side a big psychological advantage before the festive period.

If Roma win, on the other hand, they can cut  I Bianconeri’s lead to a solitary point, and establish themselves as genuine title contenders this season. However, their recent record at the Juventus Stadium leaves a lot to be desired and with the hosts boasting of the meanest defence in the league this will be a tough ask for Spalletti’s men.