Liverpool’s strong start to the season has hit something of a roadblock, having drawn their last game against West Ham and capitulated against Bournemouth the game before that. This means the Reds have dropped to 3rd position in the table after leading the league at one point, but they have a chance to go level on points with Arsenal who lost their fixture against Everton last night.

Meanwhile, Middlesbrough find themselves at the wrong end of the table, hovering at 16th position of the league standings with 15 points. Boro have managed only one win in their last five Premier League matches. Aitor Karanka’s men have done considerably well against big teams this season, drawing with Arsenal and Manchester City and will be looking for a similar performance against Jurgen Klopp’s team on Wednesday night.

Liverpool midfielder Emre Can remains a doubt for the trip to Middlesbrough after missing Sunday’s draw with West Ham because of a minor knee injury. Centre-back Dejan Lovren came off with cramp at half-time in the same fixture and will face a late fitness test to see if he can start against Middlesbrough. The Croatian will likely feature, however.

Midfielder Marko Grujic is sidelined with a tendon injury while striker Daniel Sturridge will not be ion the squad for this game, but he could return to the squad for Monday’s Merseyside derby at Goodison Park if his return from a calf problem remains on schedule.

Divock Origi will likely start again for the Reds as the Belgian has scored 4 goals in his last 4 appearances. Loris Karius, who has sparked a war of words between manager Jurgen Klopp and the Neville brothers following his poor showings in the last two matches, will likely retain his place in the side as well.

Liverpool will look to put their recent troubles behind them this game and start strong. They will need to be alert to the threat of Middlesbrough from the counter, and it is likely they will be wary as a result of their two disappointing results from the last two fixtures. 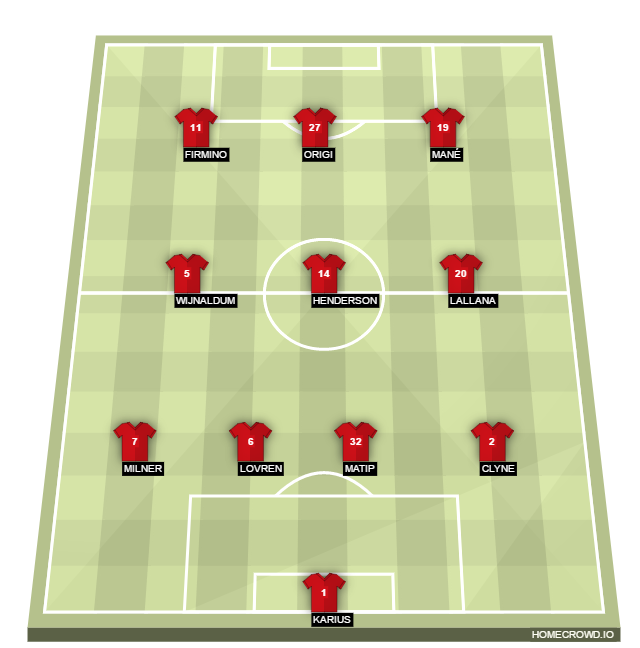 Middlesbrough striker Alvaro Negredo is in contention to face Liverpool but playmaker Gaston Ramirez is definitely out. Both missed out in the defeat against Southampton but while Negredo has recovered well from a hamstring injury, Gaston Ramirez has yet to rejoin training due to a foot injury.

Left-back George Friend is nearing a return from knee trouble but will likely be rested as a precaution.

Middlesbrough’s tactics against the big teams this season have been to sit deep, soak up the pressure and try to snatch goals with quick counters or set-pieces. Liverpool have struggled to defend set-pieces this season, and Aitor Karanka could look to capitalise on this weakness. Loris Karius could also be targeted – just like he was against Burnley – with the keeper looking uncomfortable in the last two games.

If Karanka looks to use counter-attacks as his main tactic, he could choose to start Adama Traore whose pace and direct running will be invaluable in those situations, but it is likely that he will stick with the side he picked against Southampton. 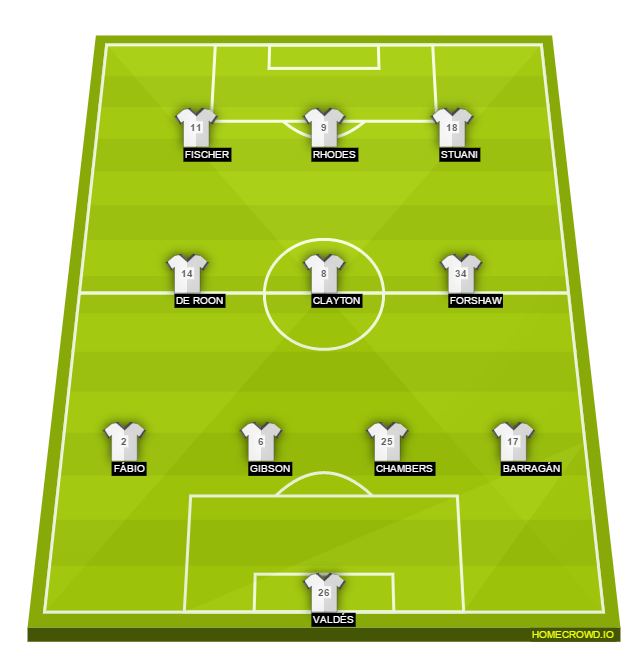 1. Middlesbrough’s last Premier League match with Liverpool ended in victory, when they won 2-0 at the Riverside. Xabi Alonso scored an own goal with Tuncay Sanli scoring the other goal.

2. In the last meeting in all competitions between Middlesbrough and Liverpool, the Merseyside outfit progressed from a thrilling League Cup tie 14-13 on penalties, after a 2-2 draw at Anfield.

3. Liverpool haven’t won a Premier League game in Middlesbrough since March 2002, drawing four and losing three contests there in that period.

4. Middlesbrough have conceded just one goal in their last seven home games against the Merseysiders. That goal was scored by Fernando Torres in 2008

5. Middlesbrough have attempted only 38 shots on target in the Premier League this season, which remains the lowest tally in the league

Sadio Mane has been in pulsating form this season, and has picked up 7 goals and 4 assists in just 14 Premier League fixtures. The Senegalese footballer is always a joy to watch as he is aggressive, tricky and always looks to run past defenders. Middlesbrough’s leaky defence could provide the winger with a lot of joy, and he is likely to be at his effervescent best against the Riverside team.

Klopp’s men will be looking to end their run of 2 games without a win and there is no doubt the German will have drilled them with exactly that in mind. Liverpool’s attack might be too much to Boro to handle, but the Reds have looked shaky in defence this season with Karius still settling into his role. It is unlikely they will manage to keep a clean sheet, but their attacking play should be enough to take all 3 points at the Riverside stadium.