Liverpool are in some run of form and seems to have recovered from a 0-0 result against Southampton, with a 2-0 win over Sunderland over the weekend. The result, however, turned out to be bitter-sweet as Coutinho suffered a horrible injury during the game and is set to be out for a long period of time.

Leeds United, on the other hand, have lost just a single game in the last six matches, in a 2-0 defeat to table-toppers Newcastle United. Chris Wood has led the front-line with aplomb with 9 goals already in the current campaign. The forward would be looking to keep his scoring run going as they travel to face Liverpool.

Liverpool’s road to quarter finals include comfortable victories over Championship sides Derby County and Burton Albion, The Reds also came out victors against Tottenham by a scoreline of 2-1 to secure their place in the next round.

Alternatively, Leeds United have struggled a lot to find a place in the last eight of the tournament. Narrow 1-0 wins over Luton and Blackburn, combined with victories over Fleetwood Town and Norwich City on penalties saw Leeds prevail and book their place for a match at Anfield.

The Hard Tackle takes a closer look at the fixture.

Liverpool have a host of injury concerns to take care of. Adam Lallana and Daniel Sturridge both missed out on the weekend’s action against Sunderland and are unlikely to feature against Leeds United, with Klopp having one eye on the weekend’s away match to AFC Bournemouth.

Danny Ings is a long-term absentee while Mamadou Sakho seems resigned to the Under 23s up until now. However, perhaps the one injury that will affect Liverpool the most is the injury suffered by Coutinho. The Brazilian looks set to be on the sidelines for a considerable amount of time, something which may hinder their form, which has been excellent to date.

Young English duo of Sheyi Ojo and Joseph Gomez have slowly returned to full fitness after being out on the sidelines and are in line to make their return to the Liverpool eleven, as Klopp is likely to hand the youngsters and the fringe players a chance to impress.

Simon Mignolet, Alberto Moreno, Ragnar Klavan and Lucas Leiva could all do with some playing time, which could come in handy if Klopp seeks to deploy any of them regularly in the near future. Youngsters like Marko Grujic, Ben Woodburn and Kieran Stewart, who are on the brink of the first-team setup are likely to be given a chance to further prove their first-team credentials. 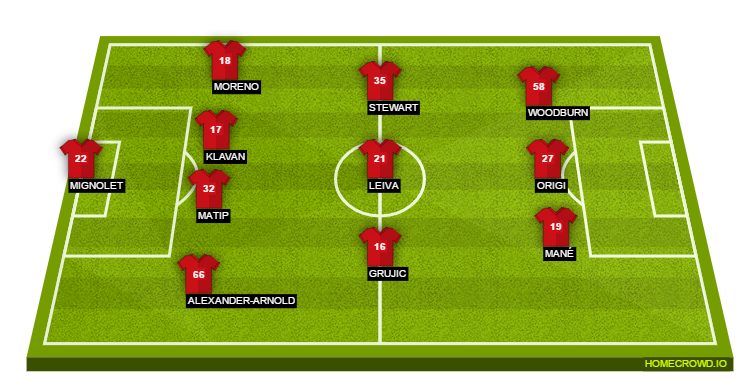 Leeds United would be reinvigorated as they welcome defender Pontus Jansson back into the fold after the player served his suspension over the weekend. Liam Bridcutt and Pablo Hernandez, though, are still missing due to injuries.

While Klopp would be tempted to ring in the changes to rest his key stars, Leeds United could take it as an opportunity to further their cup run and Garry Monk should, in all fairness, go into the match with his strongest lineup.

1. Liverpool are undefeated in 14 games in a row in all competitions and have just 1 loss in the whole campaign.

2. Leeds’ last win at Anfield came in the 2000-01 Premier League campaign wherein goals from Rio Ferdinand and Lee Bowyer catapulted the side to a 2-1 win over the Reds.

4. The two teams last met in the League Cup back in the 2009-10 season, where Liverpool prevailed with a scoreline of 1-0 with David N’Gog scoring the only goal of the game.

5. Leeds United have never defeat Liverpool in the League Cup with Liverpool winning 2 and drawing one of the three meetings in the competition.

Liverpool manager Jurgen Klopp’s decision to rest the key stars and give the fringe players and youngsters a chance could backfire if Garry Monk deploys his strongest available eleven on Tuesday. Leeds’ defence has been more than decent and the return of Pontus Jansson, combined with the form of Chris Wood, could just be what Monk needs to sell his Ferrari at Anfield.