Arsenal look to continue their hot streak as they host Championship side Reading in the Round of 16 of the EFL Cup.

Arsenal look to be on a roll of sorts, as they head into the EFL Cup tie. Their run of seven straight wins in the league was brought to an abrupt end as Middlesbrough held the Gunners to a 0-0 draw at the Emirates. The newly promoted side seemingly had the better chances to snatch a winner while the Gunners held on for a point. But Arsenal’s undefeated streak has now extended to 12 matches in all competitions and Wenger would look to return to winning ways with a positive result in the mid-week.

Reading have had a mixed start to their Championship campaign. They sit 8th on the table but the former Premier League club were on an undefeated run of 8 games before being beaten convincingly by Brentford. The Royals come into the game on the back of a hard-earned 1-0 away win over Rotherham and would look to gain some momentum as they aim to upset the odds and snatch an unlikely victory against a top-flight club.

Arsene Wenger is likely to opt for squad rotation for the mid-week tie in a bid to provide some rest to key players and offer other players a chance to impress and win a place in the starting lineup for the fixtures ahead. The Frenchman opted to start Lucas Perez upfront in the last EFL Cup tie against Nottingham Forest while also giving David Ospina and Alex Oxlade Chamberlain starts, and the same could unfold on Tuesday.

Elsewhere, Alex Iwobi and Jeff Reine-Adelaide are confirmed to be a part of the squad and are likely to start against the Royals along with Carl Jenkinson, who has regained match fitness after appearing for the U-23s earlier in the month. Xhaka will serve the second of his two match suspension while Santi Cazorla and Aaron Ramsey are lacking fitness.

Wenger has himself said that he hopes to name Olivier Giroud in the 18 but the Frenchman is unlikely to be named in the starting lineup. Arsene would hope for a repeat of Nottingham Forest, with the players eager to impress the Frenchman in a bid to earn a more prominent role in the first-team setup at the club. 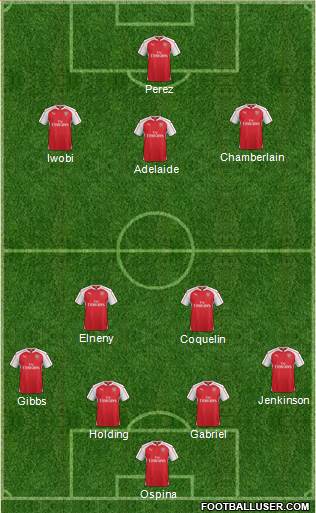 Jaap Stam, like his counterpart, fielded a second string side in their previous round victory over Brighton in the EFL Cup and is likely to do the same, with the Manchester United legend’s focus on Reading’s Championship campaign.

Chris Gunter is unavailable for Jaap Stam, with the right-back suspended after receiving his fifth yellow card over the weekend. This could hand academy graduate Tennai Watson a chance to feature against Arsenal.

Yakou Meite and Jake Cooper are likely to sit out, with the Tuesday game coming a week or so too soon for the recovering duo.

Ali Al Habsi, though, is set to be one of the few that played over the weekend to feature in the midweek as Stam looks to rest key players ahead of the home game against Nottingham Forest. The fixture could serve as a useful measure of Reading’s bench strength. 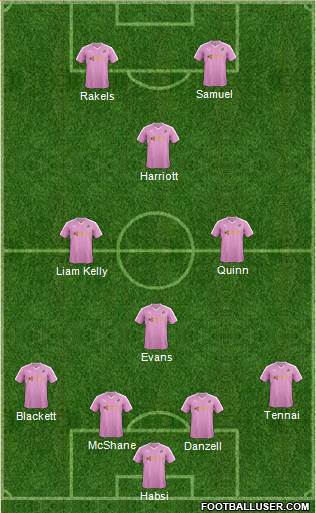 1. Arsenal’s 7-5 win over Reading in 2012 in the League Cup is the joint-highest scoring match in the competition’s history.

2. Arsenal come into the game on the back of a 12-game unbeaten streak.

3. The Gunners have lost their previous two games in League Cup at the Emirates, and a loss here would mean Arsenal would lose three home games in a row in the competition for the first time in its history.

4. Reading are yet to register a win in any of the past 13 meetings against Arsenal.

5. Reading have been knocked out in this stage of the competition by Arsenal two times, with a scoreline of 3-0 and 7-5 in 2005 and 2012 respectively.

Jostling for a regular place in the first-team setup at Arsenal. (Picture Courtesy – AFP/Getty Images)

Reading may offer some more resistance than Nottingham Forest but are unlikely to trouble Arsenal much. The Gunners look to be in the form to beat the Royals, with a scoreline more closer to the 2005 fixture than the 2012 one. Lucas Perez would be determined to carry on his good showing in a bid to finally become a first-team regular.