The sleeping giants of Italy, AC Milan, come up against the reigning champions Juventus looking to cause an upset and destroy the established order

I Rossoneri have recovered from a poor start to the season to climb into third position in the Serie A standings. However Juve are once again reigning supreme with a five point advantage at the top of the table.

Vincenzo Montella will look to trump his compatriot Massimiliano Allegri and emulate the success of cross town rivals Inter Milan, who inflicted Juve’s only defeat so far this season.

Milan have looked like a rejuvenated side under the stewardship of Montella. They had a transfer window to forget, as a prolonged Chinese takeover resulted in an infusion of cash only after the transfer window had closed.

Instead, the manager has sparked new life into an already talented side and inspired the young players to up their levels. Manuel Locatelli was in tears during the post-match interview after Milan beat Sassuolo, and it is this passion that will drive the team forward this season.

The 4-3-3 formation may well change to a 4-5-1 during the game. Suso and M’baye Niang may well have to curb their attacking instincts to deal with the threat that Juve poses on the wings. Carlos Bacca will be the target man for the attacks, as the Colombian looks to add to his tally of six goals so far this season. 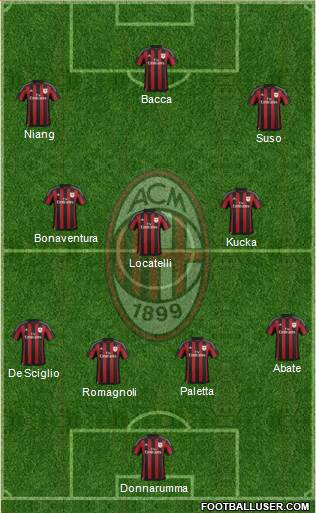 The Old Lady go to any game in the Serie A as the favourite. They are looking to add a sixth successive Scudetto to their trophy cabinet, and their summer transfer activity has strengthened them even more.

Gonzalo Higuain was raided from Napoli, while Miralem Pjanic joined from AS Roma. Higuain has been playing well alongside compatriot Paulo Dybala and the strike duo will look to breach the Milan defence with quick line up play.

Allegri will look to his two wing-backs to create trouble and create chances, as Juan Cuadrado looks to cement his place in the starting XI and the wily Swiss Stephan Lichsteiner threatens with those darting runs down the right wing.

An injury to Giorgio Chiellini sees another summer signing in Medhi Benatia take his place in the three man defence. 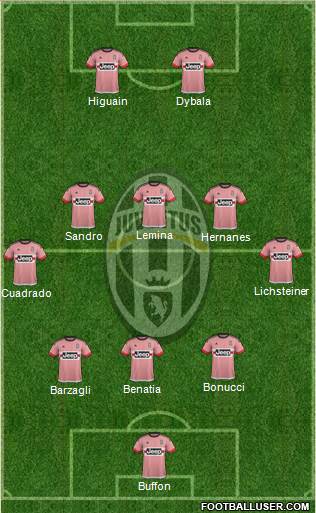 The brightest spark in Milan’s line-up, the 17-year-old goalkeeper will have to be at his very best against arguably the most threatening attacking line-up in the Serie A.

Donnarumma will be playing against one of his heroes and Italian legend 38-year-old Gianluigi Buffon. This is a good chance for the youngster to impress the experienced veteran, as the passing of the gauntlet looks imminent.

The Old Lady will be a tough opponent to host at the San Siro. Juve are firing on all fronts and the front pairing of Dybala and Higuain could spell doom for Milan.

However the sleeping giants of Italy have started off brilliantly under new manager Montella. A growing feeling of team spirit and mental resilience was showcased in their 4-3 victory over Sassuolo two weeks ago.

I Rossoneri could just end up doing enough to keep the Old Lady at bay.