Celtic look to bounce back from a 7-0 thrashing at the hands of Barcelona as they host another in-form team in Manchester City on Wednesday night.

Celtic come into the game on the back of a 6-1 thrashing of Kilmarnock, a result that stretched their lead at the top of the Scottish Premiership to five points. But the wounds of a humiliating 7-0 defeat away to Barcelona in their last Champions League group stage match are likely to still be fresh.

Manchester City, on the other hand, seem to be on a swansong under Pep Guardiola as their blitzing streak of wins and flurry of goals seem far away from coming to a halt anytime soon. The Citizens defeated Borussia Monchengladbach in the last group stage match by 4 goals and would be looking to take their group stage tally to 6 points from two games as they travel to Glasgow.

Brendan Rodgers will be without new signing and current number 1 Dorius De Vries, with the player suffering a back injury, which means Craig Gordon is set to take his place in goal for the Scottish champions.

Scottish midfielder Gary Mackay-Stevens is likely to be unavailable due to an ankle injury. Dedryck Boyata is still out for the club but Rodgers is set to have the services of Jozo Simunovic at his disposal, with the player returning to fitness after a long injury layoff.

Kolo Toure and Scott Sinclair are set to face their former club and would be pumped up as they aim to inflict City’s first defeat of the season in all competitions. Rodgers has thus far played with a lone forward up ahead and is likely to stick to a 4-man defence, with his experiment with the 5-man backline failing miserably against Barcelona. 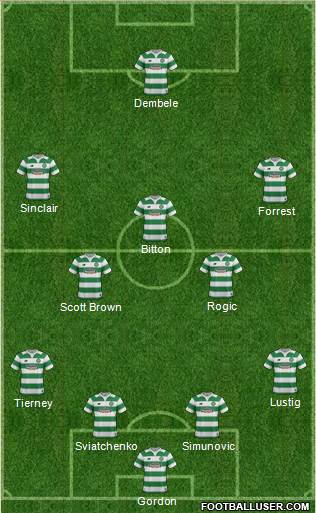 Vincent Kompany and Kevin De Bruyne are set to miss the fixture against Celtic, with the Belgian duo travelling to Barcelona for treatment. Fabian Delph is a major doubt for the game.

Guardiola could rest star striker Aguero and go with either the in-form Iheanacho up-front or a false nine formation. The former Bayern Munich manager could rest a string of other stars with the weekend game in mind, which is of much significance as it is the last game before the international break.

Fans have been mesmerised by the silky movement and smooth passing of the Citizens, who at times have looked unplayable. Pep likes a high back-line with marauding full-backs who look to overlap the creators in the midfield and provide outlets to their teammates. 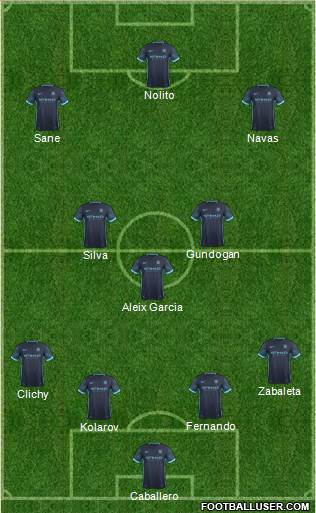 1. The two teams have never met each other in a competitive match in their history.

2. Celtic have a good record against English teams, having won 4 of their last 7 European encounters against them.

3. Celtic will be up against a side managed by Pep Guardiola for the first time.

4. Brendan Rodgers has a poor record in the Champions League, with just 1 win in his seven matches as manager. His sides scored 5 and conceded 16 goals in the process.

5. Celtic’s 7-0 defeat to Barcelona was the Scottish champions’ first instance of conceding 7 goals in their history and was also the heaviest defeat till date.

Manchester City are in hot, blazing form and it looks like Celtic could be involved in another high-scoring game. But the power of the Celtic Park might push the Scottish champions to a performance better in comparison to the match against Barcelona. Still, avoiding a loss is likely to be a momentous task and Rodgers could find himself adding another defeat to his already poor Champions League record.