Everything has changed since the last time the Red Devils came up against the reigning Premier League champions Leicester City for the Community Shield.

After two Premier League defeats on the trot, this game has become a crucial clash for Manchester United and Jose Mourinho. However, Leicester will also be hoping to get their title defence back on track after two big losses to Hull City and Liverpool.

Man United will be boosted by their hard fought victory over Northampton in the League Cup in mid-week, whereas the Foxes are probably still stinging from the unexpected loss to Chelsea in the same competition. Both their games ended in 1-1 draws last season, but now both Man United and Leicester City are in desperate need of all three points and this game should be a cracker.

Manchester United have failed to show the spark expected of them after their big signings of the summer. One of the most important tactical issues that Mourinho has to address is the deployment of Paul Pogba.

The Frenchman needs to be given a free role in a three man midfield, and the Portuguese manager must play the pair of Michael Carrick and Morgan Schneiderlin. Both have impressed in their limited game time for the Red Devils, while Fellaini could well be benched by Mourinho for this game.

The Red Devils will want to hold on to possession and attack from all avenues, both wings and centrally. Antonio Valencia plays a key role in attack as he is looked at to feed crosses into the box from the right wing, but United will be counting on Pogba to live up to his billing in this game. 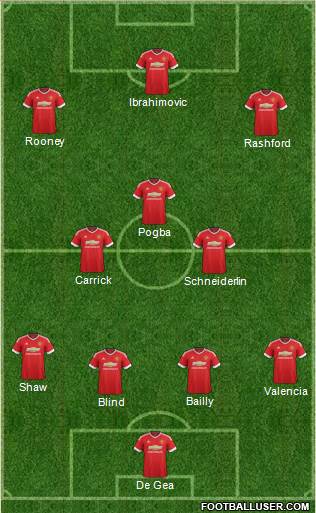 The Foxes are riding high on their 3-0 win over Burnley last week, with club record signing Islam Slimani scoring a brace. Manager Claudio Ranieri’s tactical approach will be similar to what Leicester employed to such great effect last season.

The visitors will sit back and defend, looking for quick counter-attacks and long balls to feed the likes of Vardy and Slimani. Set pieces will also play an important role for the Foxes with the likes of Robert Huth and Wes Morgan, who scored against Man United last season, capable of winning potentially game changing aerial battles.

Mahrez is also more than capable of showcasing his ability on the right-wing against a very attack minded Luke Shaw. The Englishman will have to pay attention to his defensive duties in the face of the dangerous threat posed by the Algerian attacker. 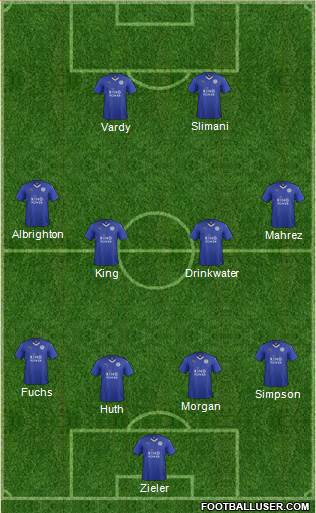 Despite the scathing criticism he has been receiving, Wayne Rooney is very likely to start against Leicester City. The record goalscorer will be the one to watch out for, regardless of the stars that surround him, simply because he is now under the magnifying glass of the press and the fans.

Should he make a statement in this game, he will go a long way in silencing the numerous critics. However should the Manchester United captain falter once again, then even his staunchest supporters will have to question his place in the team.

A match that is very significant for both the clubs. While United have stuttered after a good start under Mourinho with questions being asked of the Portuguese’s pedigree for success, Leicester have failed to get any hint of form going in this campaign.

Both the teams are a potent threat going forward and The Hard Tackle can see both of them troubling the score-keepers.

This could prove to be a high scoring encounter at Old Trafford, with Manchester United riding the home advantage to make sure that they get their Premier League campaign back on course. The Red Devils are due for a good game after the shambles they went through last week.

Leicester City are still suffering from the loss of their midfield engine N’golo Kante. Their big hitters like Jamie Vardy and Riyad Mahrez haven’t taken off as yet, and the defending champions are likely to be outfoxed by Man United in this close encounter.