Manchester City are strong favourites as they brace for another mid-week match outside the country with their EFL Cup tie away against Swansea.

Pep Guardiola said in his pre-match conference that his focus lies on winning every game. But one would feel that while the Spaniard would love to win a trophy in his first season, his focus is likely to be on success in the Premier League and Champions League.

Swansea, on the other hand, have started their campaign slowly and Guidolin would love his team to have a strong outing against the early table-toppers of the Premier League, which would give them encouragement for a repeat fixture in the Premier League this weekend.

The Hard Tackle takes a better look at the fixture, with team and individual news related to the squad.

Swansea City will be without the services of Nathan Dyer, with the winger suffering from an ankle injury. There is some positive news for Francesco Guidolin with the trio of Leon Britton, Neil Taylor and record signing Borja Baston on the mend and reported to be available for selection for the home fixture against Manchester City.

From what we have seen thus far in the season, Guidolin’s side looks to favour the right side while building their attacks more than the left side. The onus, though, is likely to be on former Atletico Madrid man Borja Baston to compensate for the lack of goals, which is why Swansea had decided to splash the cash on the striker making him the club’s record signing. 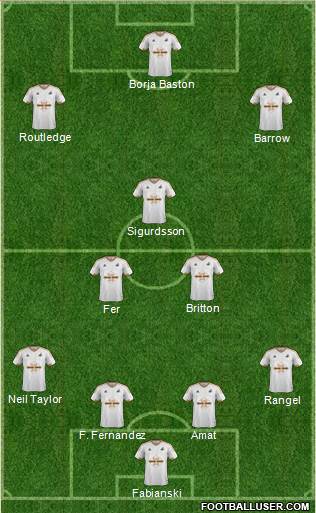 Pep Guardiola has confirmed in his pre-match conference that Yaya Toure will not feature against Swansea for the Citizens. David Silva is a major doubt for the game while Fernando and Fabian Delph are likely to face late fitness tests before being cleared for the game.

Vincent Kompany is also in contention for a start after a long injury layoff in the summer. Pep Guardiola is likely to promote youth against Swansea with a host of young players included in the match-day preliminary squad, including 17-year-old young forward Brahim Diaz.

Guardiola’s tactics of keeping possessionseems to have already found success in England despite early doubts and it would be interesting to see the young City brigade attempting to follow the Spaniard’s tactics with an aim to impress the manager. 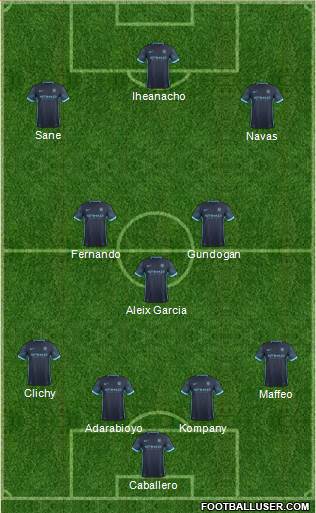 1. Manchester City and Swansea have faced 14 times in the past with City notching up 9 wins while Swansea coming out as victors on 3 occasions.

2. Manchester City are unbeaten in their last 8 games against Swansea with 6 wins and two draws recorded.

3. The two sides have never met each other in the League Cup.

4. Swansea have lost just one of their five meetings in the League Cup against Premier League oppositions, with their last loss coming in a 2-1 defeat to Liverpool in October 2014.

5. Manchester City have scored an average of 3 goals per game so far this season conceding a total of only 4 goals in 5 matches thus far.

The Swansea wall could just prove to be Manchester City’s undoing and the Welsh club could just be the first club to defeat Guardiola in England. (Picture Courtesy – AFP/Getty Images)

Swansea’s morale would receive a massive boost with the return of their leader Leon Britton in the midfield along with Neil Taylor coming back to take his spot at the left side of the defence. The aforementioned coupled with the availability of Borja Baston is likely to kick things up for the Swans. Meanwhile, a string of changes by Guardiola could have an adverse effect on the game and Swansea are likely to give Citizens a tough competition. The Hard Tackle believes a re-invigorated Swansea could upset the odds and inflict Guardiola’s first defeat of the season.