The Camp Nou plays host to the latest edition of one of the most intriguing clashes in recent footballing history. Barcelona take on Atletico Madrid, the team that knocked them out of the Champions League last season.

Both teams head into the game after dominant displays on the weekend. Barcelona exorcised the demons of last week’s defeat to Alaves by beating Leganes 5-1, while Atletico Madrid crushed Sporting Gijon 5-0 to continue their unbeaten streak.

This match-up has in recent times become a showpiece for opposing tactical approaches to the game. Barcelona vs Atletico is always a great show and the latest edition promises to have huge significance in the long campaign ahead for both the La Liga giants.

Luis Enrique will be counting on his big guns Messi, Suarez and Neymar to continue their fine form and get amongst the goals. The Barcelona manager will have studied videos of their Champions League defeat and analysed just how he can use his attackers to breach the resolute Atletico defence.

However, defence is an area where Barcelona need to be tight, after already conceding 5 goals this season. An early goal for Atletico could mean the end for Barca, and so their free-flowing style must be complemented with a solid defence. New boy Samuel Umtiti has the chance to prove himself in this game.

Barcelona will look to play a high tempo passing game and hold on to possession as much as they can. However, Enrique could instruct them to not keep a high line in defence so as to negate the counter-attacking threat of Atletico.

Trying to score goals from open play will be a priority. Atletico’s defensive organisation is difficult to compete with in set-plays, unless one of the MSN has a moment of brilliance. 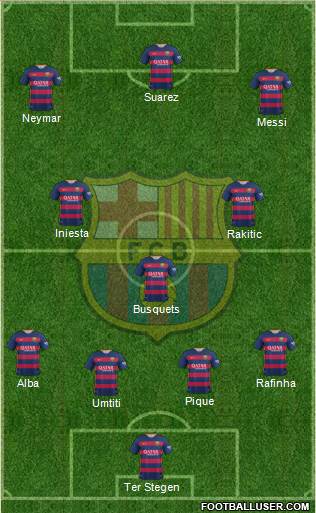 Los Rajoblancos are a tight-knit unit and boast of being one of the toughest teams to beat in world football today. Their defensive nous is well known, but their forwards have also been on fire heading into the game, and are looking primed and ready to strike against Barcelona.

Both Antoine Griezmann and Fernando Torres scored goals this past weekend, and the counter-attacking threat that Atletico possess could unexpectedly sting Barca at any moment of the game.

Simeone’s only victory against Barcelona came after a tactical masterclass and the Argentine manager will be hoping to employ that formula again. Atletico will look to grab the game by the throat, attacking and pressing viciously in the opening exchanges.

If they manage to get ahead, Simeone will instruct his men to sit back and absorb the pressure. If they concede, then the pressing will continue while the defence try to stifle MSN. 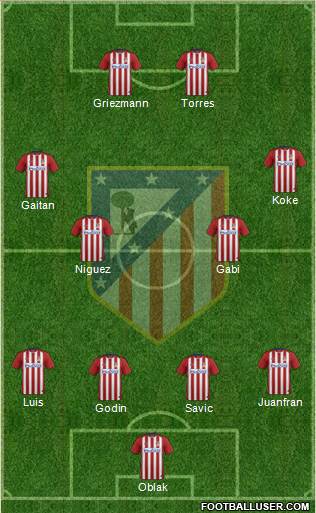 The Argentine magician is in sublime form this season and will look to help the Catalans exact vengeance on Atletico Madrid for their Champions League exit last season. He has been involved in the most goals in La Liga so far (joint top with Suarez), scoring four and making another two.

The unstoppable force meets the immovable object. Although Barcelona enjoy an impeccable record against Atletico at home in La Liga, Los Rojiblancos will be keen to overcome the odds as they always do.

Diego Simeone has come out of his existential crisis following Atletico’s heart-wrenching defeat to bitter rivals Real Madrid in the Champions League. The Argentine manager will look to once again show the world exactly how to handle the free flowing brilliance of Barcelona.