Liverpool look to carry their league form into the cup as they travel to face Derby County on Tuesday evening.

Derby County go into the game on the back of a terrible start to their promotion bid with just 6 points amassed in 8 games thus far. The Rams have flirted with promotion for a while, being regularly involved at the top of the Championship table but a horrid start to the season is likely to mean that Nigel Pearson will have his work cut out.

Liverpool, on the other hand, are buoyant after a strong performance in a 2-1 win over Chelsea at Stamford Bridge and would go into the game as heavy favourites. Jurgen Klopp seems to have instilled shades of his own personality into the squad that is playing edgy and exciting football this season.

Derby County will be without midfielder George Thorne, with the player expected to be out till Christmas having injured himself in the penultimate game of the 2015-16 season. The Rams are also set to miss new recruit Ikechi Anya, who suffered an injury in the last game against Bristol City while Jason Shackell and Johnny Russel are major doubts.

Nigel Pearson must work some magic to turn the abysmal start to the new campaign into a positive and a strong performance against Liverpool could just invigorate the side.

The former Leicester City manager has, at his disposal, an array of past and potential future Premier League attacking stars in Andreas Weimann, Darren Bent, Tom Ince and Manchester United loanee James Wilson.

The focal point of Derby’s buildup is likely to be youngster Will Hughes, who has been the star of Derby’s previous campaigns.

The England U21 international has been tipped to make the switch to Premier League, with clubs like Liverpool and Manchester United interested in the player and the midfielder could well leave his print on Klopp’s mind with a strong performance in this match. 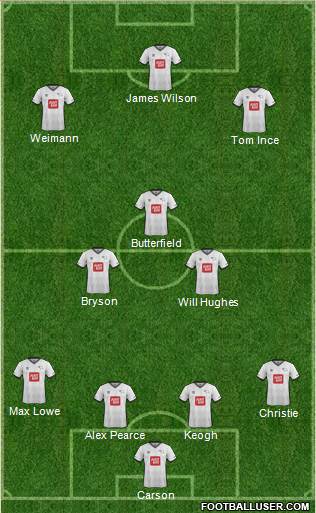 Liverpool will be without several players as they travel to face the Rams. Joe Gomez is still recovering from an ACL and is likely to out for another month or so, young prospect Sheyi Ojo is also ruled out with a lower back problem.

Roberto Firmino did not feature in the game against Chelsea with a minor groin strain and is likely to be rested for next weekend’s match against Hull City.

Daniel Sturridge and Georginio Wijnaldum are doubts for the game with Sturridge missing the pre-match training session on Monday, while Wijnaldum suffered a cramp in the latter stages of the Chelsea fixture. Klopp is likely to give a start to youngster Kevin Stewart in the midfield with the player also featuring, albeit as a substitute, against Chelsea.

Karius looks set to take his place between the posts while the match would provide the best experimenting ground for the German manager in order to have a closer look at the other players of their first-team squad and youth team. 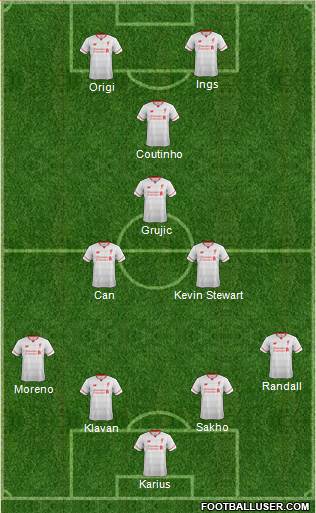 Unlike other cases, The Hard Tackle believes it is likely to be Klopp and his substitutions that would make the difference in the match on Tuesday evening. (Picture Courtesy – AFP/Getty Images)

Klopp will be sure to give other players a crack at impressing the German and Karius is likely to be stiff from being sidelined for a number of games. On the other hand, the fixture is immensely important for Derby and Nigel Pearson in order to reverse their horrible start to the season.

The Rams are likely to come out strong at Liverpool and could cause the Reds some problems in the fixture. Although, Klopp’s squad is likely to push the result in their favour and the German would look to bring on one or two stars from the bench, if necessary, to secure a win.