Max Allegri’s men travel to San Siro on Sunday following a disappointing Champions League opener at home to play the first Derby d’Italia of the season. They are strong favourites to win the derby boasting a 100% record in Serie A while the Nerazzurri are still busy finding their feet in Italy and abroad

Inter Milan summed up on Thursday what was arguably a disastrous week of European performances from Italian sides with only Sassuolo and Napoli coming away with victories in Europe. Inter lost 0-2 to Hapoel Be’er Sheva in the Europa League group stage which is in harmony with their turbulent start to the season under the aegis of the Sunning Group from China.

Frank De Boer’s side were the only team in Italy that matched Juventus’ exploits on the transfer market this year signing high profile players of international repute to add to a team that already boasted the likes of Ivan Perisic, Jeison Murillo and Mauro Icardi.

Despite a successful transfer market, the second-most successful side in Italy has not shown an iota of improvement on the pitch and continue to be lackluster. Their first win in Serie A came against Massimo Oddo’s Pescara side last weekend courtesy of captain Mauro Icardi who undid most of the Delphino’s hard work.

Coach Frank De Boer rested several key players in the midweek fixture so that they are ready against a more formidable opposition in the weekend. On paper, Inter are the only team in Italy that has a midfield which equals the Juventus midfield in terms of quality.

New signing Joao Mario is expected to start in midfield alongside Ever Banega and Geoffrey Kondogbia as the Nerazzuri would like to control more ball-possession and monitor the movements of the dangerous Sami Khedira, who has scored multiple times this season already with his trademark runs from the box. 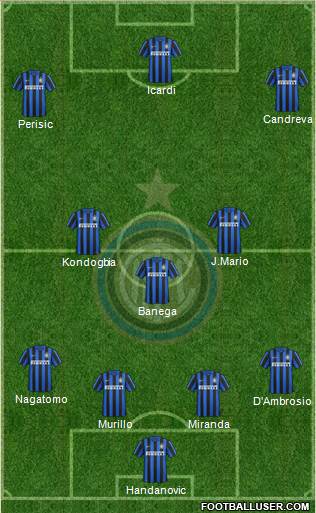 Unlike Inter, Juventus’ midweek result was rather undeserved, with some last-ditch defending and bad luck coming to rescure Jorge Sampaoli’s side in Turin.

While the Champions League has been historically a bogey tournament for the Bianconeri, they have been the most successful side in Serie A. Juventus’ blistering form saw them ease past Sassuolo last week, one of the most competitive sides in Serie A over the last 3 seasons.

Allegri made some surprise decisions in midweek resting Miralem Pjanic and playing Gabonese Mario Lemina. The Bosnian international is therefore fully rested and ready to start from the first minute against Juve’s bitter rivals alongside Sami Khedira and Kwadwo Asamoah.

Juventus will probably still stick to the 3-5-2 formation in Italy and might revert to a more attacking 4-3-3 formation in Europe. As a result, Juve’s galloping fullbacks will be their strongest point going into this game as everyone in Italy is aware of Inter’s weakness in both the left and the right sides of the defence. 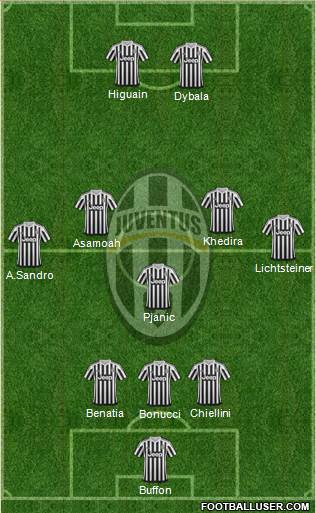 Juventus’ Paulo Dybala jubilates after scoring the goal during the Italian Serie A soccer match Juventus FC vs US Sassuolo at the Juventus Stadium in Turin, Italy, 11 March 2016. EPA/ANDREA DI MARCO

Both Juve and Inter boast some of the best Argentine forwards produced in the last decade, as both forward lines will be marshalled by Argentine attackers. Paulo Dybala is yet to score this season, having been happy to play provider to his Argentine attacking counterpart Gonzalo Higuain till now. Juve fans, however, will expect to see him on the scoresheet against their bitter rivals.

The second Argentine to make it to this segment ahead of compatriot Mauro Icardi. Ever Banega has already shown in terms of quality and acumen what an asset to this Inter side he is. His midfield duel with Pjanic will be most eagerly anticipated by analysts and pundits all across Italy

It is unlikely that Max Allegri will let De Boer walk with anything from this tie despite fielding a full strength side. Inter’s only chance of getting something out of this game is perhaps a moment or two of brilliance from Icardi or Antonio Candreva.