The goal machine that is Barcelona started off the new season as dominant as ever, smashing 6 goals against Real Betis. They now travel to San Mames and will hope to carry on their winning ways against Athletic Bilbao.

No Neymar, no problem. Catalan giants Barcelona seem to be doing just fine without their star Brazilian striker who has been preoccupied with the Rio Olympics and the national side. His back-up, Arda Turan, scored the opening goal for the Blaugrana in their season opener, and the usual suspects Lionel Messi and Luis Suarez then wrapped up the game with a brace and a hat-trick respectively.

Athletic Bilbao, on the other hand, got off to a bad start. They lost 2-1 to Sporting Gijon in a match that grabbed headlines because of the racist chanting against forward Inaki Williams. However, the Basques will be looking to finish in the top four this season, and could provide the first real test for Barcelona in La Liga.

Athletic will be looking to enjoy a fair share of the possession hoping to beat Barcelona at their own game at the San Mames. The right wing has proved to be a fruitful route of attack for them in the past, and they will be counting on right-back Oscar de Marcos and Inaki Williams to provide creativity and flair down that side of the pitch.

The main objective will be to get the ball to their veteran striker Aritz Aduriz. The 35-year-old recently made his first big international competition debut for Spain in the European championships, and is playing like the Spanish Francesco Totti in terms of longevity. 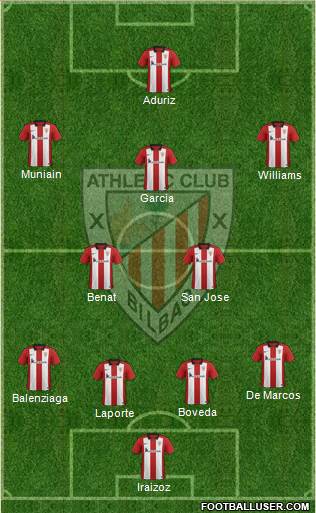 Barca are renowned for their tiki-taka and possession football, and the pure quality of their strikers ensures that the finishing touches to good build-up play are goal bound most of the time. Their new signing Denis Suarez made sure that the Bluagrana didn’t miss their midfield dynamo Andres Iniesta too much in their last game, and will probably start alongside Ivan Rakitic and Sergio Busquets.

The club have been active in the transfer market recently, but new signing Jasper Cillessen is not expected to start in goal against Athletic. It’s a good opportunity for German keeper Marc-Andre Ter Stegen to display his distribution skills from goal, which was the main reason their former manager Pep Guardiola signed Barca’s erstwhile La Liga number one Claudio Bravo. 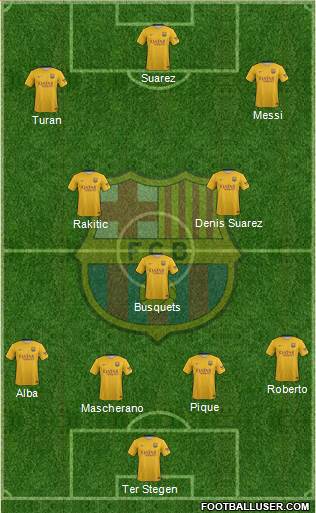 It’s been a summer of woe for the Argentine magician, as the Barcelona forward was sentenced guilty on a charge of tax evasion by the Spanish government.

Messi then grabbed the headlines for all the wrong reasons once again, when he stated he couldn’t see a future for himself with the national side after Argentina lost to Chile in the Copa America final. He has since gone back on that decision, but drew some criticism and innumerable pleas to stay from the footballing community.

The 29-year-old magician is back to his best on the pitch though, and produced two long range beauties against Real Betis last week. Messi will look to do more of the same against Bilbao, and put the events of the past summer behind him.

This match should be a goal fest, with both teams having an aggressive attacking mindset. Athletic will be spurred by the home crowd to grab a few goals, and a couple of them are surely on the cards for them at the San Mames.

However, it may not be enough to stem the tide of the Barcelona attack, which is looking as relentless as ever. The likes of Messi, Suarez and Turan are sure to find themselves amongst the goals once again, and it will very likely be a second straight victory in La Liga 2016-17 for the Blaugrana.