Liverpool travel to White Hart lane to lock horns with Tottenham Hotspur as the Reds attempt to bounce back from their shocking loss to Burnley a week ago.

When the fixture list for Liverpool was rolled out back in June, a difficult start to the season was anticipated for the Reds considering the fact that they had to encounter last season’s Top 3 inside their first 4 game weeks. But after the kind of start they enjoyed with a blistering 4-3 win over Arsenal at the Emirates, few people would have expected them to capitulate in the manner they did against Burnley.

In hindsight, one might point out that it was expected given Liverpool’s level of inconsistency. But the point is, for a side that was upbeat from a rare victory at the Emirates, the loss at Turf Moor would have been a cruel blow. However, the Reds recovered well to smash Championship side Burton Albion 5-0 during their EFL Cup encounter three days later, meaning Jurgen Klopp’s side will enter the fray against Tottenham with a positive frame of mind.

After their title-challenging exploits last season, ambitious Spurs will have their sights set on top 4 once more this time around as well. With further reinforcements added to their line-up, Pochettino’s side are off to a decent start, with a draw against Everton and a win against Crystal Palace putting them in seventh spot on the table.

However, they don’t have fond memories playing Liverpool off-late, having gone win-less against the Merseysiders in their last seven encounters. Pochettino will want to change that come Saturday as he attempts to inflict further damage on a Liverpool side who are likely still bruised from their loss the previous weekend. There is good news on the injury front for the boss as Dele Alli is set to return to the first team against the Reds.

Moussa Dembele is still serving a 6-match ban and is hence out of the reckoning for Liverpool’s visit. First-choice goalkeeper Hugo Lloris is out due to a hamstring injury he suffered against Everton and could potentially return only against Stoke City on September 10.

It’ll be interesting to see how Spurs’ attack line-up on Saturday and whether the likes of Alli, Harry Kane and Vincent Janssen will all feature together. Janssen has been impressive for the North-Londoners, showing a good work-ethic, and has seamlessly fitted into Pochettino’s style of football. He played up-front last weekend with Kane, Erik Lamela and Christian Eriksen placed behind him.

With Lamela and Eriksen almost an indispensable part of the Spurs line-up and with Dele Alli returning, Janssen may have to be satisfied coming off the bench with Kane taking his customary position at the top of the attack. The successful Alderweireld-Vertonghen centre-back pair will be expected to keep their place along with Kyle Walker and Danny Rose in their respective full-back roles.

Tottenham will to stick to the 4-2-3-1 formation from their games early on in the season with Eric Dier and new-signing Victor Wanyama solidifying their places in the defensive midfield position for the North-Londoners. 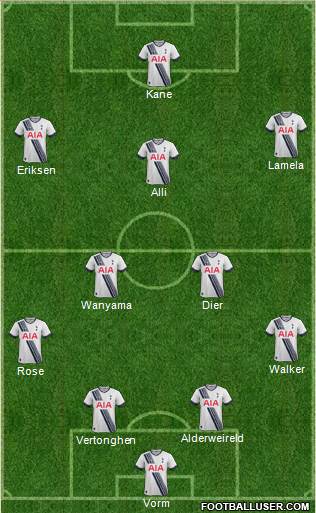 The key issue stunting Liverpool’s growth as a team, more than their defensive troubles, is their inconsistency. The Reds can on one day look like world-beaters and succumb dramatically to a smaller team on another. Any side aspiring to challenge for higher honours will have to establish their style of football in a manner that helps them churn out results on a regular basis.

Liverpool will want to recreate their performance against the likes of Barcelona (in pre-season) and Arsenal at White Hart Lane as well. But that will not come easy against a Spurs outfit who mirror the high-pressing football that Klopp’s Reds profess. The clash of identical philosophies saw the two teams play out draws during both the league ties last season. Whether it’ll be the case for a third time is there to be seen but both Klopp and Pochettino will be raring to go at each other in their bid to take home three valuable points.

Philippe Coutinho is doubtful for the Reds after the Brazilian suffered a hamstring injury during his side’s loss to Burnley and it’s unlikely Klopp will risk his best player. Sadio Mane missed the trip to Turf Moor due to a shoulder injury featured in Liverpool’s 5-0 demolition of Burton Albion and could well line himself up for a start on Saturday too. The Senegalese has quickly acclimatized to Klopp’s brand of football at Liverpool and if recent weeks are any evidence to go by, Mane has fast established himself as a vital cog in the Reds’ attack scoring a goal and assisting 3 others in his two competitive appearances so far.

Emre Can is expected to miss out due to an ankle injury he suffered against Burton on Tuesday. Divock Origi could come off the bench for Liverpool despite injury fears following his exit off the pitch before full-time on Tuesday. Klopp is expected to stick to a 4-3-3 formation for the Reds with Sturridge playing up top flanked by Roberto Firmino and Mane. Henderson hasn’t been impressive for the Reds and with Can absent, it is very likely the England international will keep his place for the Spurs clash along with Wijnaldum and Lallana.

Matip could be in-line for his Premier League debut as he could line-up along with Dejan Lovren at the back. Milner’s brilliant performance against Burton could have him take Alberto Moreno’s place at left-back once more while Nathaniel Clyne keeps his right-back spot. 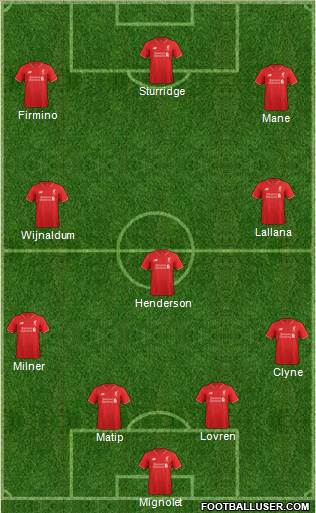 Summer recruit Sadio Mane has been electric whenever he has been on the field for Liverpool. His burst of pace, energy and smart movement on the ball gives Liverpool the width on the flanks and creates numerous goal-scoring opportunities.If he can keep himself at his best, he’ll prove to be a handful for the Spurs defence.

After a rough start to life at White Hart Lane, Erik Lamela has now become an indispensable member of this Spurs lineup. Having already opened his account for the season, the Argentine will be called upon to help himself once more or provide the necessary service for Harry Kane up front.

If there is anything we have learned from Klopp’s time at Liverpool so far it’s that his teams are known to turn up for the big games and with a point to prove after last weekend’s loss at Turf Moor the Reds certainly will have a point to prove. Matip should help provide that stability to a leaky defence while Mane’s presence should help make up for Coutinho’s potential absence.

Tottenham and Liverpool is likely to be our match of the gameweek. Both the teams have an abundance of creative talent which is likely to mean a great market for BTTS.
The game is likely to be a fast-paced game which could set the match up for a cracker of a first-half.