Two of the four unbeaten teams left in the Premier League go head to head on Saturday. While Manchester United have got off to a widely anticipated blazing start under Jose Mourinho, the Tigers have shocked pundits with their flying start to the Premier League campaign.

The Red Devils have smashed in five goals in their first two Premier League encounters, to add further excitement to the onset of the Mourinho era. Hull City, on the other hand, were considered favourites for relegation this season, but have started the campaign with a victory over the champions Leicester City and followed it up with a win against Swansea City.

Mike Phelan has done an admirable job as caretaker manager since Steve Bruce left Hull, but he faces the most mammoth test in his fledgling managerial career as Jose Mourinho and company visit the KCOM Stadium.

The Tigers will have their task cut out for them against Manchester United, and will find themselves on the backfoot for most of the game as the Red Devils dictate the pace. Hull will have to hold on to a tight defensive formation, sit deep and look to attack on the counter and make the most of set plays.

They found themselves in a similar situation against the Swans last week, but ran out 2-0 winners thanks to Shaun Maloney and Abel Hernandez. However, the most important player for them on the pitch will be Robert Snodgrass, who has been their chief creative attacking force in the past two games.

Hull have a small pool of fit senior players to choose from, and it will be interesting to see if midfielder-turned-central defender Jake Livermore can handle the United attack. 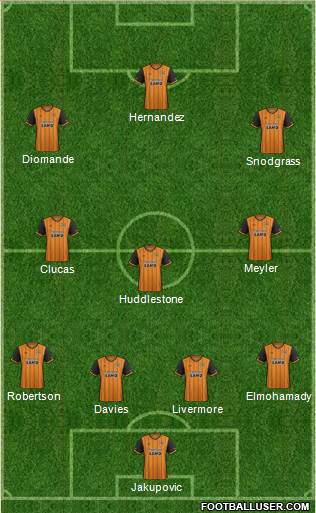 Jose Mourinho will expect his team to continue what they’ve been doing, which is playing well and taking their chances. Their two displays so far haven’t been utterly dominant, so this could prove the be the chance for the Red Devils to stamp their authority on the Premier League minnows.

Man United will most likely be dominating possession and bossing the midfield through the likes of Paul Pogba and Marouane Fellaini. Their two full-backs have been potent attacking forces as well, so Antonio Valencia and Luke Shaw are both likely to play an active part in most of the team’s attacking play.

Eric Bailly and Daley Blind have both done an admirable job in shoring up the defence, and could well be the only two outfiled players in the United third for most of the game. It remains to be seen if last year’s Bundesliga Players’ Player of the Year Henrikh Mkhitaryan is finally handed his first Premier League start by Mourinho. 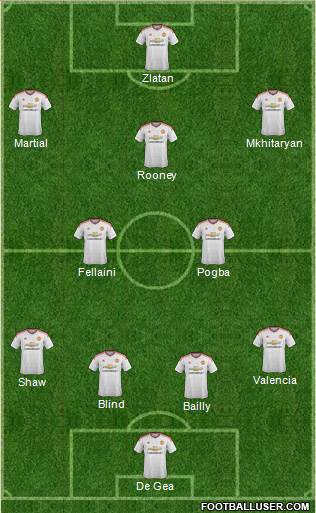 The young French striker is due for an awe-inspiring performance, after playing second fiddle to Zlatan Ibrahimovic so far this season. Martial was the primary attacking force for the Red Devils last season, scoring 17 goals for them in all competitions.

The 20-year-old has not had a great summer so far. He didn’t feature much for France in the European Championship, and also hasn’t caught the eye in Man United’s opening few games. The quick-footed dribbling expert would look to use this opportunity to remind the world just what he’s capable of.

The Red Devils under Jose Mourinho are looking unstoppable at this stage. The addition of Paul Pogba has added the finishing touch to a star-studded, defensively sound, midfield dominating and goal-scoring outfit. Zlatan Ibrahimovic is a force that Hull may not have the ability to reckon with, while their attack will find it difficult to pierce the defensive pairing of Bailly and Blind.

Hull City may have enjoyed two good victories, but the run cannot last with this depleted squad. Man United will be emphatic winners in this one, the only question is how many goals they will be able to plunder.