The odds are in Tottenham’s favour as they look to overcome Alan Pardew’s troubled Crystal Palace at White Hart Lane on Saturday.

Following a humiliating 1-0 home defeat against West Brom last week, Alan Pardew’s Crystal Palace look to turn their fortunes around when they face Mauricio Pochettino’s Tottenham at White Hart Lane. Tottenham will themselves be looking for a win after a 1-1 draw against Everton at Goodison Park last week.

While the odds are stacked against them, Crystal Palace will derive some confidence from their last successful outing at West Hart Lane during the 5th round of the FA Cup in February 2016, where they won by a scoreline of 1-0. However, the only time they managed to beat Spurs at White Hart Lane in a Premier League match was way back in November 1997. Their confidence, or the lack thereof, will be put to test on Saturday.

The most significant change in Saturday’s clash is the loss of goalkeeper Hugo Lloris, who is nursing a hamstring injury and is out for four weeks. He was injured during the first half of Tottenham’s clash against Everton. In his absence, Michel Vorm will be defending the goalpost.

Another development that will affect Saturday’s line up is the return of Son Heung-min following South Korea’s defeat against Honduras at the Rio Olympics. A statement from Spurs said that a decision on Son playing on Saturday will be taken based on a fitness examination. Spurs will also miss Mousa Dembele, who remains suspended ever since his clash with Chelsea’s Diego Costa last season.

With Dembele suspended, Victor Wanyama will join Eric Dier in central midfield to put up a formidable shield for the Tottenham back four. Spurs will look to Harry Kane’s contribution on the scoreboard after a disappointing opening game for the Englishman. Kane hasn’t scored a single goal in his previous three Premier League outings.

Though he usually takes his time to hit his stride, Tottenham will hope that there will not be a repeat of last season, where Kane failed to score a goal in the first seven matches of the Premier League. A goal tomorrow will take his total tally to 50 from 88 appearances, making him the joint-10th quickest in history, alongside Robbie Fowler. Spurs’ hopes will also rest on Erik Lamela, who has been in good form. He was responsible for 7 goals in the last 7 matches, scoring three himself and assisting four. 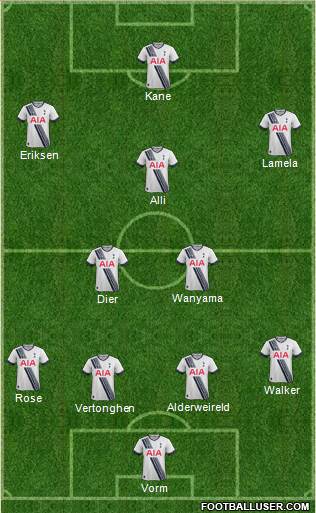 Having lost their opening Premier League match at home to West Brom last weekend, Crystal Palace will enter White Hart Lane on Saturday without Yannick Bolasie and Mile Jedinak, both of whom were recently sold to other clubs. Yohan Cabaye, who was used as a substitute in their opening match, is expected to return as part of the starting XI. While Pardew is currently on cloud 9 after having secured Christian Benteke for his side, he has admitted that there is no chance that he can join them on the field on Saturday.

Having been at the receiving end of widespread criticism for his tactical failure in the recent past, Pardew will count on the quartet of Yohan Cabaye, Jordon Mutch, James McArthur, and James Tomkins. Also interesting will be the role played by Andros Townsend on Saturday, as he would be hoping to prove a point against his former club.. 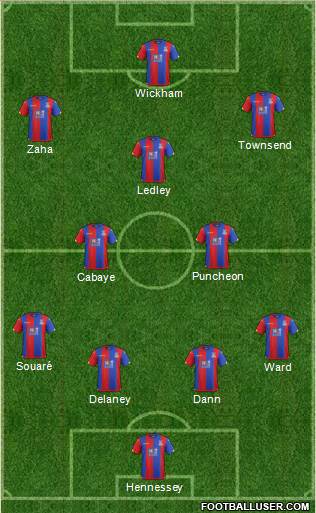 Taking their recent form and bench strength into account, Tottenham’s attack against Crystal Palace’s defence will be the key contest and will likely go Spurs’ way thanks to their home advantage.