Defending champions Leicester City and runners-up Arsenal were both defeated in their first games by newly promoted Hull City and Liverpool respectively. They will now be desperate for a win, as they prepare to face off at King Power Stadium.

Arsene Wenger is feeling the heat, and a loss to Leicester City may just raise the temperature up a few notches. Arsenal had a poor start to the season against Liverpool, and the only consolation for them now is that three of their top stars in Olivier Giroud, Mesut Ozil and Laurent Koscielny are now match fit and ready to play in Saturday’s game.

The high flying Foxes meanwhile have had their wings clipped by Hull City. A 2-1 defeat in the opener has only strengthened claims that they were just a one-hit wonder, and the Vardy party is indeed over. Claudio Ranieri and his men cannot afford to lose, but to win would mean overturning a 22 year drought of victories against Arsenal.

Leicester City will go in with their tried and tested 4-4-2 formation with two strikers up front. However, it remains to be seen if Ranieri will prefer the impressive new signing Ahmed Musa instead of Shinji Okazaki to partner Vardy up front.

The Foxes do not need possession and will happily relinquish it to Arsenal, as they sit back and hope to break on the counter. Jamie Vardy has not slowed down over the summer and will be the danger man up front, although Ahmed Musa can also provide a deadly counter attacking threat as well if he is played ahead of Okazaki.

Leicester will approach the game cautiously and are expected to defend deep, with the midfield trying to cope with the loss of Frenchman N’golo Kante. 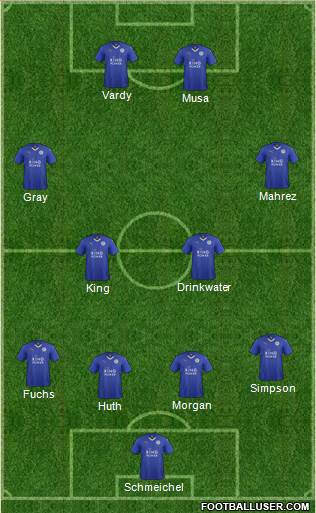 Arsenal dominated the first half of their game against Liverpool, with Theo Walcott putting in a good performance to silence the critics, at least for the time being. Arsenal played a decent game when in possession, but were there for the taking when the Liverpool attacks got going. Their defence was completely bamboozled by the quick interplay in the Reds attack, and Gooners will be hoping that the return of Koscielny brings some confidence to the back four.

The return of playmaker-in-chief Mesut Ozil is a huge boost for the club, as he is often the lynchpin in midfield for the side. The fast, quick passing, geometrically pleasing style implemented by Wenger at the club will hopefully serve them in good stead against a side willing to let the other team keep possession. 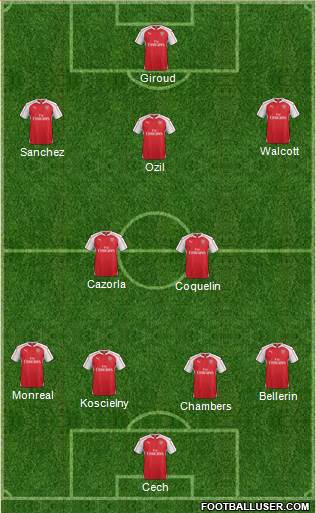 Algerian winger Riyad Mahrez was phenomenal for Leicester City last season, scoring 17 goals and registering 11 assists in 2015-16. The 25-year-old had been heavily linked with a move to Arsenal this past summer, but has recently signed a new contract with Leicester.

Mahrez now comes up against the team he could’ve joined, and will be looking to show them what they’ve missed out on as he continues to be the talisman of the Foxes.

It could prove to be a tight encounter between the two best team of last season. Arsenal will, no doubt, be boosted by the return of the likes of Ozil and Koscielny. But Ranieri and his men will have taken their lessons from the defeat to Hull City and will be strengthened by the return of defensive mainstay Robert Huth.

A goal apiece could be the best either team can get, with neither willing to risk losing for the second time in a row.