The biggest match of the opening week of the Premier League season is a massive encounter between two of the established elite. Liverpool prepare to ride on the Klopp wave as they come up against Arsenal, who have already been waylaid by injury even before the start of the season.

Arsene Wenger may be losing the faith of Gooners, but the Anfield faithful have pledged their allegiance to Jurgen Klopp. While Klopp at Liverpool is still being considered a work in progress, this could be the last hoorah for the Frenchman. The two charismatic managers face off in a curtain raiser that nether would have preferred, given the competitiveness of this fixture and the injury problems facing both teams.

The Gunners will be missing a number of key players as Olivier Giroud, Mesut Ozil and Laurent Koscielny are all doubtful due to a lack of match fitness. Wenger will field a youthful side against the Reds and hope they can implement the fast paced, quick passing style that has come to exemplify the team under the Frenchman.

The holding midfielders in Granit Xhaka and Mohamed Elneny will have to protect a weakened back line and would be encouraged to be more defensive minded, while the full-backs Bellerin and Monreal go on the attack. Keeping possession will be important to Arsenal, but Liverpool’s gegenpressing style under Klopp could force them to play at a much faster pace in their own third.

The pace of Alexis Sanchez and Theo Walcott up front will be the primary weapon for the Gunners, and the ultimate aim would be for them to make clever runs behind the defense as the likes of Ramsey and Oxlade-Chamberlain help tee them up. 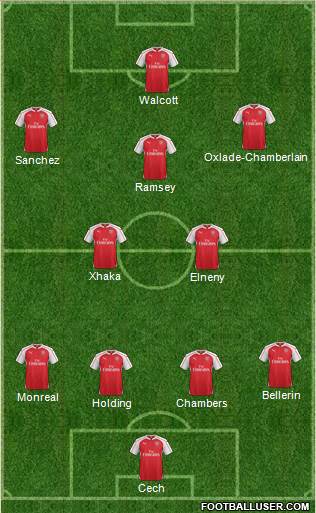 Jurgen Klopp has invested in the right type of players he wants rather than the big names this summer. The pacy and strong Senegalese winger Sadio Mane could be a revelation for the Reds this season, while Dutchman Georginio Wijnaldum has a second chance to make it in the Premier League after a forgettable season with Newcastle United.

For Jurgen Klopp, it’s all about counter pressing, and he will look to flood the midfield with fast, strong and tenacious players who will put pressure on the Arsenal holding pair of Xhaka and Elneny. German midfielder Emre Can will be handed the task of shielding the defence, as well as moving forward to press flanked by Jordan Henderson and Georginio Wijnaldum.

In the absence of Daniel Sturridge, Klopp is most likely to play their highest goal scorer from last season Roberto Firmino up front. However, he will play more as a false-9 rather than a striker, as he will link up and exchange roles with the two wingers Philippe Coutinho and Mane. Liverpool will play a high back line, which will look to freeze the quick passing and link up game that Wenger likes to play. 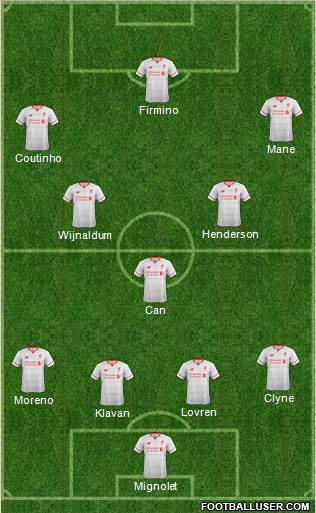 The 34 million pound signing from Southampton will be a force to reckon with on the right wing, and could cause all sorts of problems for Nacho Monreal and the weakened Arsenal defence. (Picture Courtesy – AFP/Getty Images)

The compromised defence on both sides may well lead to a high scoring encounter at the Emirates. Arsenal will be counting on the creative genius of Aaron Ramsey and Alexis Sanchez, both of whom were in brilliant form for their international teams this summer. Liverpool’s left wing, in particular, is an area they could exploit, given Moreno’s poor form.

Liverpool have a powerful attack though, and the Brazilian duo of Firmino and Coutinho are likely to get on the score sheet as they press high up the pitch. Wijnaldum and Mane are also expected to have an impact on their competitive debuts.